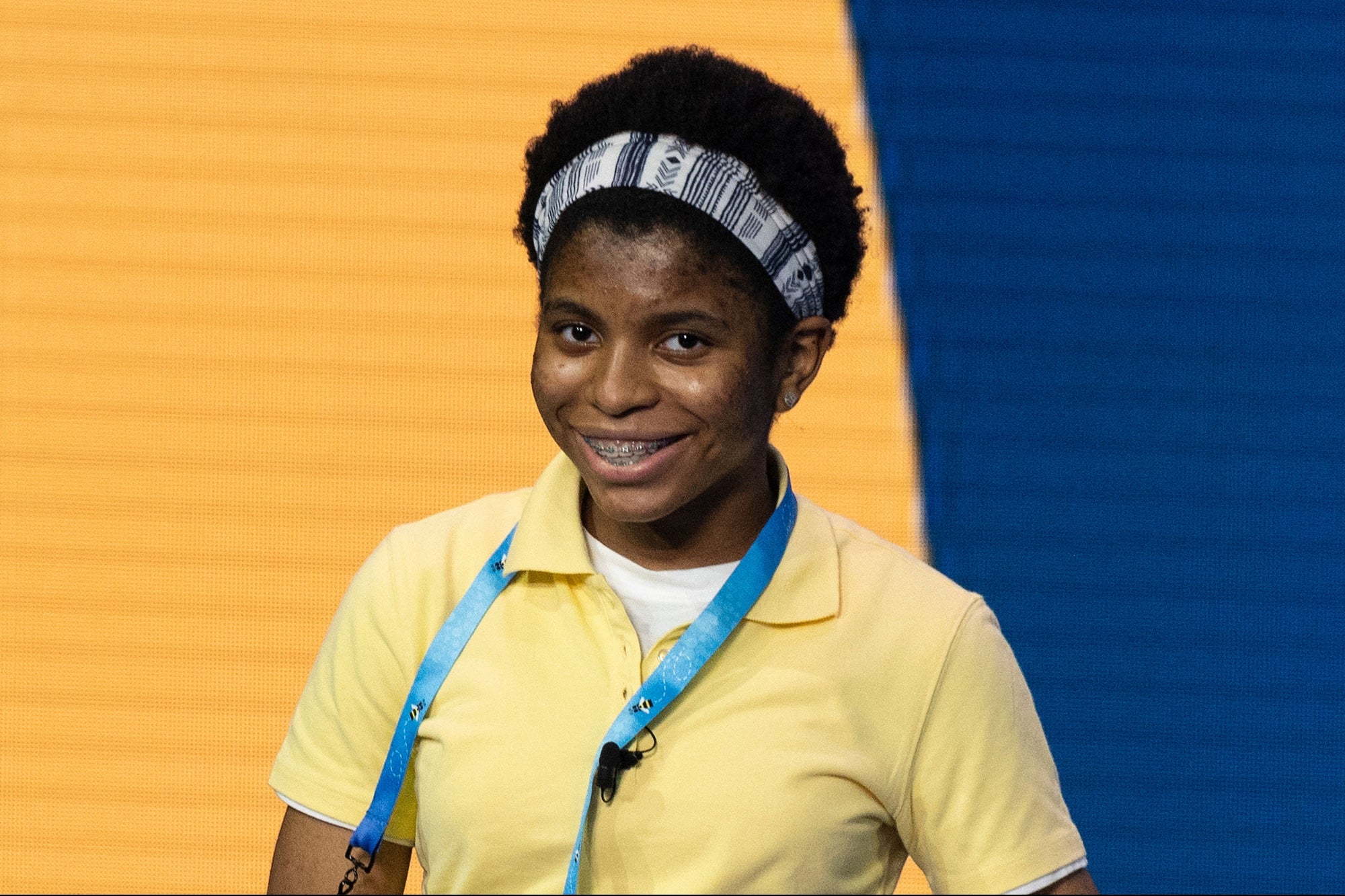 The inspiring 14-year-old has made history as the Spelling Bee’s first Black champion.

The multi-talented teenage girl is from the small town of Harvey, Louisiana, previously best known as the final resting place of rock ‘n’ roll legend Fats Domino. But we dare say Fats has been usurped by Avant-garde, who became the competition’s only winner ever to hail from the Bayou State.

The climactic word? Murraya, or the classification for an obscure species of trees and shrubs generally found in Asia and Australia. But you knew that.

Avant-garde certainly did, or at least knew the right context clues to request. At one point, she asked the judges, “Does this work anything like the English name Murray, which could be the name of a comedian?” eliciting knowing laughter and somehow inserting Bill Murray into yet another incongruous pop-culture moment.

It was, however, all the lead-in Avant-garde needed. And as you can see in the clip below, she was elated with her victory, twirling and giggling and celebrating amid a cascade of confetti.

Related: The Lessons I Learned As a Teen Entrepreneur

Oh, and as for those Guinness World Records, Avant-garde had been setting new benchmarks for dribbling multiple basketballs at once since she was barely in elementary school. She even got the attention of casting agents, showing off her skills in an ad featuring NBA star Steph Curry.

Avant-garde had previously competed in the 2019 Spelling Bee (the event was canceled in 2020 due to the pandemic), though she fell short of the finals. Not this time, and if her Guinness streak is any indication, this may be the first Bee title of many.

A special congratulations as well to this year’s runner-up, Chaitra Thummala.

More than 25K N.S. customers out of power amid strong winds, cold snap

Temperatures in Nova Scotia have dropped to -22 C — about -37 with wind chill — as of Saturday morning. According to Environment Canada, the...
Read more