You Quit Your Job, but You’re Still Miserable. Now What? 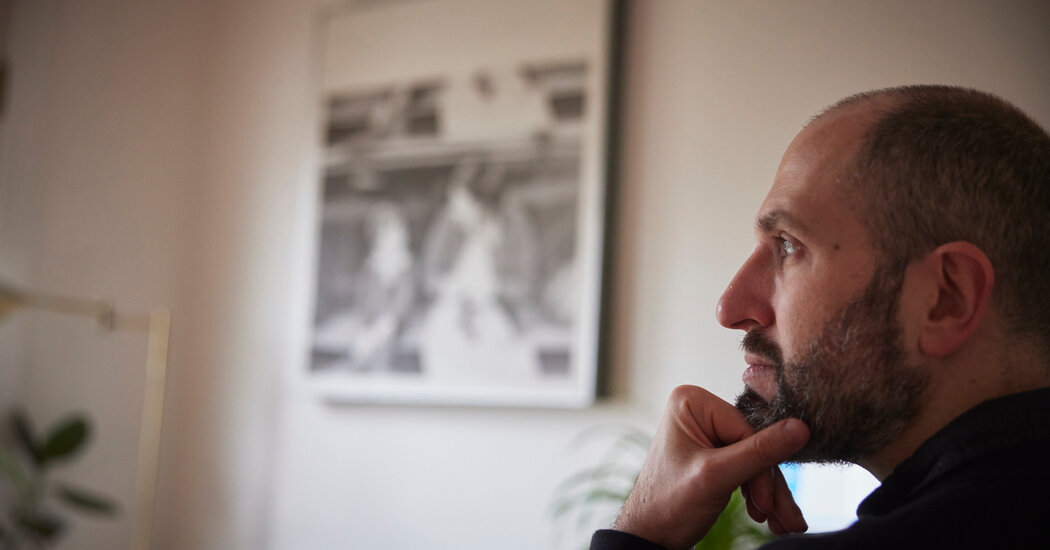 Calling It Quits is a series about the current culture of quitting.

About a year ago, Sam Palmer-Simon was working remotely for a legal services nonprofit in New York City, managing the recruitment, selection and training of new hires. After six years at the organization, Mr. Palmer-Simon found the quantity of work and lack of support staff overwhelming. “I was burned out and underpaid,” he said. “I had these aspirations to accomplish certain things but wasn’t given the resources to do them.”

Power in the organization was concentrated among a small group of people, and Mr. Palmer-Simon felt he didn’t have much decision-making autonomy, something he wanted and felt he had earned. It was mid-2021, during the employment exodus that earned the moniker the Great Resignation, and Mr. Palmer-Simon decided to quit. He thought that leaving his job would allow him to find a “clearer sense of purpose outside of work.”

What he found, though, was that the absence of work and structure left him unmotivated and unable to move forward. “I fell into this paradox of choice,” he recalled. “Should I start a podcast? Read more books? I wound up doing nothing.”

Eventually, he began discussing his feelings about work with friends and family and immersing himself in career advice, including books like “Work Won’t Love You Back” and career podcasts such as Esther Perel’s “How’s Work?”

Nine months later he started a new job in the same industry, but it soon felt a lot like his old one, and a few months after that he left for yet another job — which he still has. The current one is better, he said, but stressful in different ways. But that’s OK with Mr. Palmer-Simon, who no longer views his job as something that defines him.

“Changing the circumstances of my employment didn’t alter who I am and how I show up in all of these different places, or the stuff I carry with me,” he said. “That’s going to pop up regardless of where I’m working or how well I’m paid.”

That “stuff” we carry with us is one of the reasons experts advise hitting pause before quitting a job impulsively — whether because of burnout or frustration — and taking a closer look at what parts of your unhappiness are related to work and what parts aren’t.

“Your feelings about a job build up over time until you have a narrative in your head based on the experience you’ve had,” said J.T. O’Donnell, a career coach and chief executive of WorkItDaily, an online career support platform. “I see a lot of people that have reached a point where they are in pain and feel they just need to get out. But that winds up being out of the frying pan and into the fire.”

Before doing anything drastic, she said, write down the story about why you dislike your job — as completely as possible — and then read it over several times. “That process allows you to release a lot of your pent-up feelings and then say, ‘OK, I know my story now, and I realize I’m not going to stay, I need to make a change.’ And then you can decide what the change will be. It may be moving to a different department or to a different company entirely.”

Burnout is rarely just work-related, said Marsha Brown, a clinical psychologist who works with employees to help them mitigate stress. She suggests clients look at all the reasons they are unhappy, both at work and in their personal lives. “It’s not as easy to identify sources of stress as we think it is. You might feel it’s the work environment, but part of the stress could be you have no opportunity to disconnect from your job,” she said.

Dr. Brown said burnout is often related to an inability to set good professional and personal boundaries, so simply changing jobs will not solve the problems. “These people often end up with the same issues: feeling overworked, overwhelmed and unhappy,” she said. “Until they learn to navigate and set boundaries, the struggle will likely continue.”

For Dave, who asked that his full name not be used for fear of damaging his reputation in the industry, time has allowed him to better understand the anger and frustration that led him to quit his job in September 2022. He had been director of engineering at a Silicon Valley-based software company, working remotely from his home in Oregon, and he now sees that his feelings at the time had been largely misdirected, aimed at his job rather than himself.

“At the time I quit, I felt like I was constantly being asked to do more, and my role had become all-consuming,” he said, adding that the pandemic made his job feel never-ending. “I’d just get out of bed, sit down at my computer and be on Zoom for the whole day. I didn’t have hobbies anymore, I wasn’t spending much time with my kids, wasn’t exercising,” he said. “Now I can see a lot of these problems were due to my inability to develop good habits and stick with a routine.”

Though liberating at first, quitting quickly revealed underlying issues. So many aspects of his job had been social, he explained, that it “fulfilled most of my socialization needs, and that disappeared completely. It was initially very isolating,” he said. “And if you’re stressed or burned out, it’s hard to look for another job. It was much more difficult than I realized.”

After he left his job, Dave spent a few months creating a routine that now includes regular exercise, time for family and time for hobbies. “The trick is to be able to hang onto that routine no matter what the job. I think if I get that right, I’ll be a better employee, and I’ll be happier.” He started a new job in the industry this month.

Michael McCutcheon, a psychologist, adjunct professor at New York University and co-founder of the career and executive coaching firm Wanderlust Careers, said that examining your own behaviors and sensitivities is critical; without that knowledge, it’s unlikely any job will feel better than the last. “It’s easy to say, ‘This boss is out to get me’ or ‘I’m being micromanaged’ but much harder to look at your own side of the street and ask, ‘How am I contributing to this? What can I change, and what’s within my control?’” Dr. McCutcheon said.

Another consideration, said Tracy Brower, a sociologist who studies work/life fulfillment and the author of “The Secrets to Happiness at Work,” is whether you are quitting to run away from something or to move toward something. “If you’re running away, it’s harder to find satisfaction in whatever is next,” she said. “We’ve seen this ‘grass-is-greener’ effect where there are so many jobs available that everything seems like an opportunity, so people just choose something new, rather than deeply reflecting on what is important to them.”

Yet reflecting on your current situation is exactly what will help you determine what you want from your next job, said Ms. O’Donnell, who outlines three different types of work for her clients. “There is a job, which pays the bills and lets you live your life; a career, where you feel a sense of satisfaction from the work, but it doesn’t own you; and a calling, where you are willing to sacrifice other areas of your life for your work because this is your identity.” Figuring out where you fall on that spectrum will help you plan your exit with intention and move toward a clearer future.

One such planner is Michael‌, who asked that his full name not be used for fear of reprisal from his previous employer‌‌. He left his job as a teacher in August 2022; he had worked at the same suburban Los Angeles private school for nearly two decades but felt underappreciated and, especially after navigating‌ the Covid shutdown, underpaid. After careful consideration and a fruitless discussion with his boss about a salary increase, Michael started planning his departure last March. He decided to explore new teaching opportunities for the following school year, targeting those offering a higher salary.

The experience of interviewing again at new schools, Michael said, made him feel valued. “I suddenly saw this big contrast between the old school taking me for granted and this school that really wanted me.”

In September, he began his new teaching job. Although this school has some of its own shortcomings‌, and Michael misses friends and families from his previous job‌, he is happy with the change. He said that the higher salary has made a significant difference in his quality of life and that the administration celebrates innovative thinking and teaching in a way his previous school did not‌. ‌“They are so positive and supportive,” he said. “It has opened up a world of possibilities for me as a teacher.”