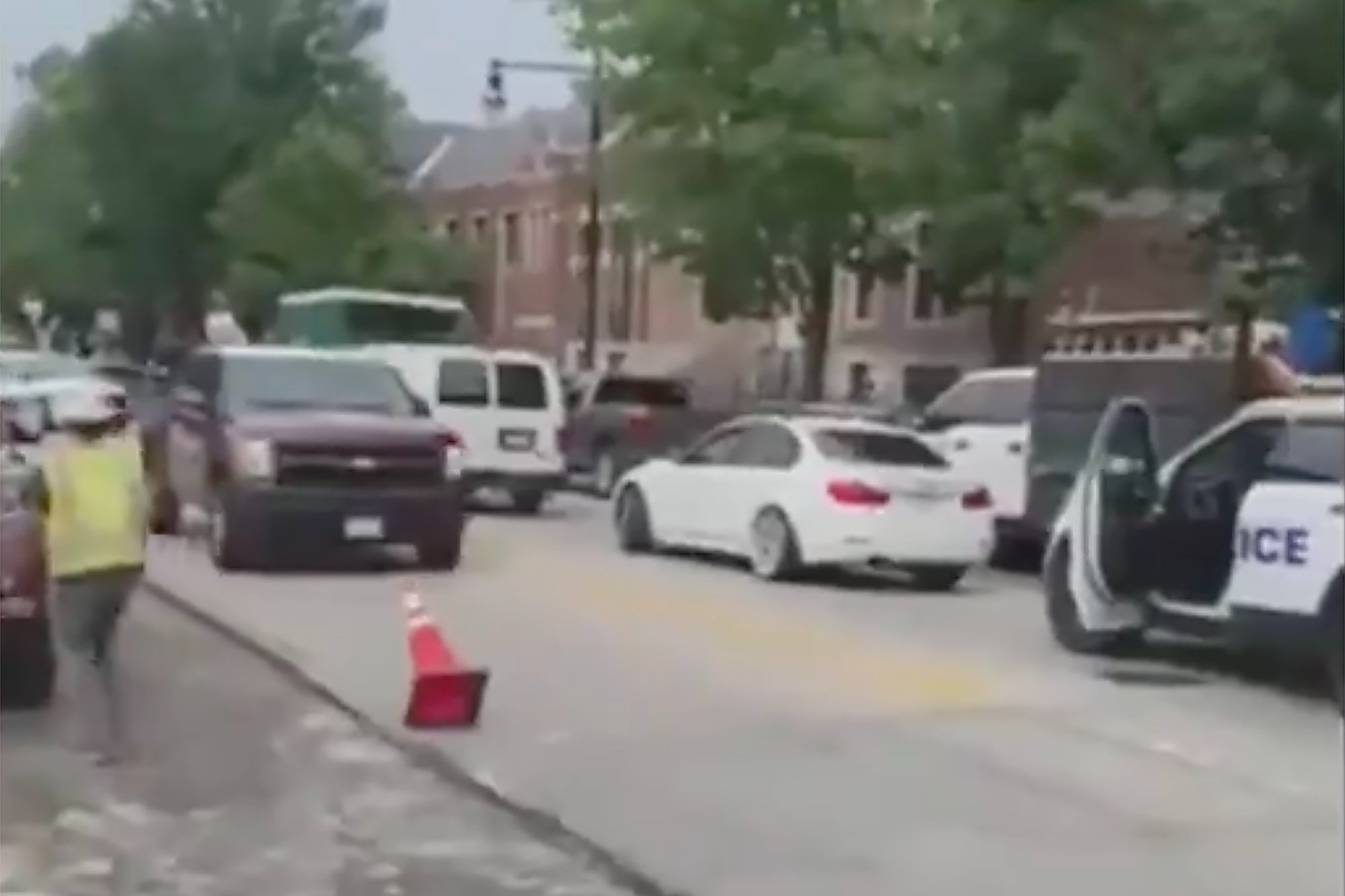 The Massachusetts woman struck a police officer while fleeing the scene.

For some, getting some might be the first order of business after committing a crime such as, say, stealing a truck and hitting a police officer.

For one Shrewsbury, Massachusetts woman, this was indeed the case.

According to reports, 38-year-old Johanna Gardell was arrested at a Worcester, Massachusetts McDonald’s after stealing a Chevrolet Silverado truck that belonged to a man named Raymond James Simoncini, who reported the vehicle missing shortly before 9 a.m. on Tuesday.

Police tracked down the pick-up truck, which was taken from a work site, via GPS. They were stopped en-route by a separate driver who said that their vehicle had also been hit by the stolen car.

When officers approached the car, Gardell sped off, hitting an officer as she drove away.

One reporter obtained video footage of the woman blowing through a construction site after a worker attempted to block her from speeding on.

NEW VIDEO: @ShieldsWBZ got this video from the Worcester chase, showing the suspect driving through a construction site – and what one worker did to try to stop her#wbz #CBSNBoston pic.twitter.com/232zrlReSX

“I saw this on Park Ave while they were chasing her, she didn’t even seem to be going that fast,” one resident said on social media. “I guess when you actually see something like this happen before your own eyes it kinda feels like slow motion. Just grateful no one was seriously hurt or killed.”

When police tracked the woman down again, they discovered the truck was in line at a McDonald’s drive-thru, where she was ordering — you guessed it — McNuggets.

Newsweek reports that police contacted employees at the McDonald’s to get them to stall with customers so that they could get to the line in time to apprehend the woman.

“Officers approached her in two vehicles,” the Worcester police department said in a statement. “She intentionally struck one of the vehicles, but went off the road and got her vehicle stuck in the mulch on McDonald’s property. Officers approached the vehicle and were able to pull her out of it, while she fought and struggled.”

Gardell is facing several charges, which include operating to endanger, assault and battery by means of a dangerous weapon (motor vehicle) and malicious mischief to motor vehicle.

Police said that the officer struck was sent to the hospital, though their injuries are “not life-threatening.”

Gardell will be arraigned in court, and the investigation is ongoing.