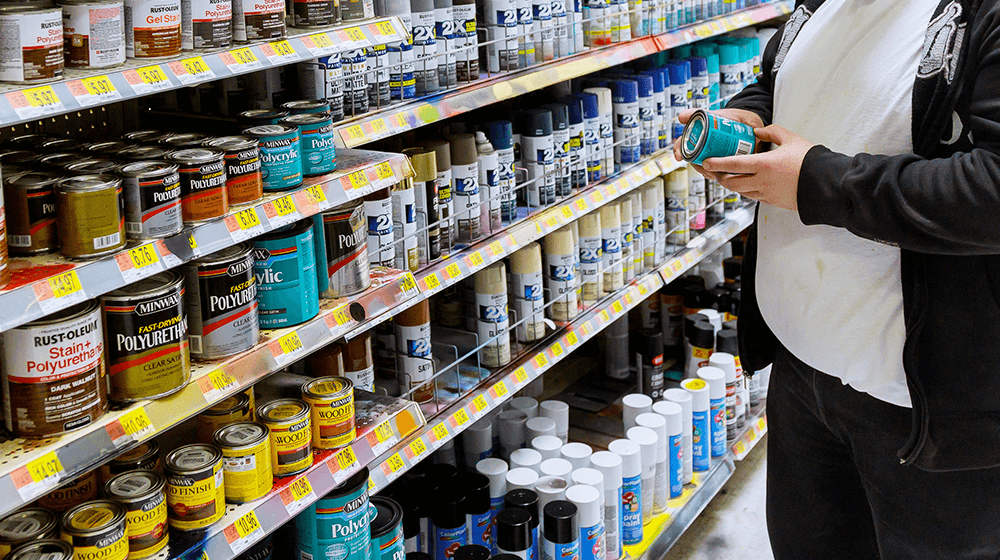 Add paint to the list of shortages in the supply chain, and the number of major product shortages that are in the same predicament are mounting up at a scary pace. The news comes from a report on CNN Business where Sherwin Williams told its investors it will cut back on its inventory as well as profit expectations this year. The company is citing raw material shortages that are increasing the cost of supplies for making paint.

In explaining this particular shortage, Sherwin-Williams CEO John Morikis said, “The persistent and industry-wide raw material availability constraints and pricing inflation we have previously reported have worsened, and we do not expect to see improved supply or lower raw material pricing in our fourth quarter as anticipated,”

The report by CNN Business goes on to say this all started earlier this year with a severe winter storm in Texas that prolonged power outages. It also damaged the plants of some suppliers. And according to the CEO of Sherwin Williams, the recovery in Texas has been slower than expected. Adding some of the suppliers are not back to their prior operating levels seven months on.

To make matters worse, Hurricane Ida has impacted some of these suppliers much worse than they previously thought. And the result is longer wait times for the production of key ingredients in making the paints. Morikis says several key supplies such as resins, additives, and solvents, which were expected to resume by late September will be pushed out even further.

The company is going to bring 50 million gallons of additional capacity online over the next six months. However, Morikis said, “… visibility of recovery in the supply chain is limited.”

According to IBISWorld there are 229,988 house painting and decorating contractors businesses in the US as of 2021. And the vast majority are small business owners. They can ill afford increases in the cost of paint amid the challenges brought on by the pandemic.

The spike of inflation is also a conversation taking place in the current climate. Addressing this issue, CNN Business reports Morkis and other Sherwin Williams executives don’t necessarily see the current spike in inflation as being “transitory” as others do. This means higher prices might be around for longer than expected.

A perfect storm has been brewing to negatively affect the economy across the globe. Labor shortage, supply chain, and weather disruption are enough on themselves, but add the uncertainty of the pandemic and there might be more unwelcomed news on the horizon before the light at the end of the tunnel is visible.

Keremeos, B.C., residents are still dealing with the aftermath of a rockslide that caused serious damage nearly two weeks ago. With the evacuation order...
Read more

When it comes to your professional life or your business, leveraging technology can have a major impact on how quickly and how well you’re...
Read more