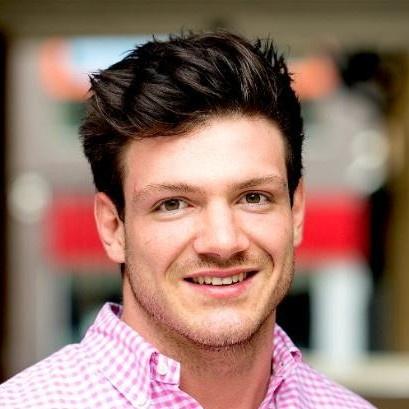 The circular economy is no longer a novelty. Instead of buying a drill that will be used two or three times and then locked in a cupboard, increasing numbers of us are renting from our peers via apps. And rather than making the choice between cheap fast fashion and much less affordable designer labels, Millennials and Generation-Z’ers, in particular, are comfortable with buying premium brands secondhand. This is, by and large, a good thing—not least because it prevents an awful lot of stuff from piling into the nation’s landfill sites.

The circular economy tends to be associated with the startup boom—companies that start out small and build an audience—but it seems bigger names are getting in on the act.,

Witness Fat Llama, a British peer-to-peer rental company launched in 2017. This year the company launched a new enterprise platform aimed at allowing major retailers to offer a rental option to their customers. In the first instance, the focus is on furniture and the company has so far partnered with national brands, John Lewis, DFS, and Sofology.

So what’s going on here exactly? The first thing that has to be said is that Britons of a certain age are no strangers to renting high-ticket goods from High Street stores. For instance, track back to the 60s and 70s most consumers opted to pay for their color TVs through monthly rental deals rather than buying outright. It was a question of affordability back then and as wages rose and prices fell (relatively speaking), acquisition became the order of the day.

Today, affordability may still be a factor. As the pandemic drags on many of us may well be reluctant to spend upfront on big-ticket items, such as furniture. Added that is the fact that here in the U.K., house purchase prices have risen beyond the reach of many first-time buyers. And if you’re renting an apartment on a short-term lease, maybe you would rather pay monthly for the furniture too.

These are situational factors, but  Fat Llama cofounder, Chaz Englander believes there has been a more fundamental cultural and generational shift. Put simply, the Millennial and Generation-Z cohorts are not that comfortable with a buy, discard forget approach to consumption.

“Sustainability is an enormous issue,” Englander says. “People are no longer comfortable with the idea that you buy something and then throw it away. Maybe it goes to eBay or Gumtree for a while but ultimately it ends up in landfill.”

As he sees it, people in their twenties are particularly interested in living sustainably and that desire to tread a bit more lightly on the planet is driving the circular economy as whole. Part of the trend is a demand for rental furniture, not just from specialist marketplaces but from big retail names. Hence Fat Llama’s list of partners.

But are big retailers—who after have done very well out of charging upfront for their products—really ready to embrace a new paradigm?

Fat Llama’s experience suggests that rather than resisting the sustainability trend, some companies have been proactively looking at how to adapt to changes in the consumer marketplace. “We were approached by a household name about building an enterprise platform in 2019,” recalls Englander. “

On that occasion, Fat Llama said no, deciding instead to focus on its existing peer-to-peer business. But circumstances changed. “We decided it wasn’t something we want to work on at that point but then the pandemic happened and we lost about 80 percent of our transactions. So we decided to look again at a business-to-business solution.”

It wasn’t quite a case of pushing at an open door. Englander says that while strategists within retail organizations detected demand for rental options, financial directors tended to be a lot more cautious. But now it seems that strategies are indeed changing. Englander cites the example of Sofology—now designing products specifically for rent through its The Loop initiative. “They have a metal frame which can be reupholstered and reused,” he says.

In the first instance, Fat Llama ran a trial with John Lewis. Although scheduled for eight weeks, the rental stock sold out in 48 hours.

With that market validated, Fat Llama has developed a rental platform that reflects the brands of participating retailers and is looking ahead to further partnerships.

But is there really a market trend here or just a temporary blip? And will increasing numbers of retailers turn to marketplace providers to open up new circular economy business lines? There are signs of wider changes afoot. Beyond Fat Llama, department store chain Selfridges has also developed a rental offering in collaboration with lending company HURR.

At this point, we’re probably looking at a grand experiment that may or may not signal a long-term market sea change but it’s certainly the case that retailers are seeing a need to innovate and perhaps also to partner with sharing economy companies.