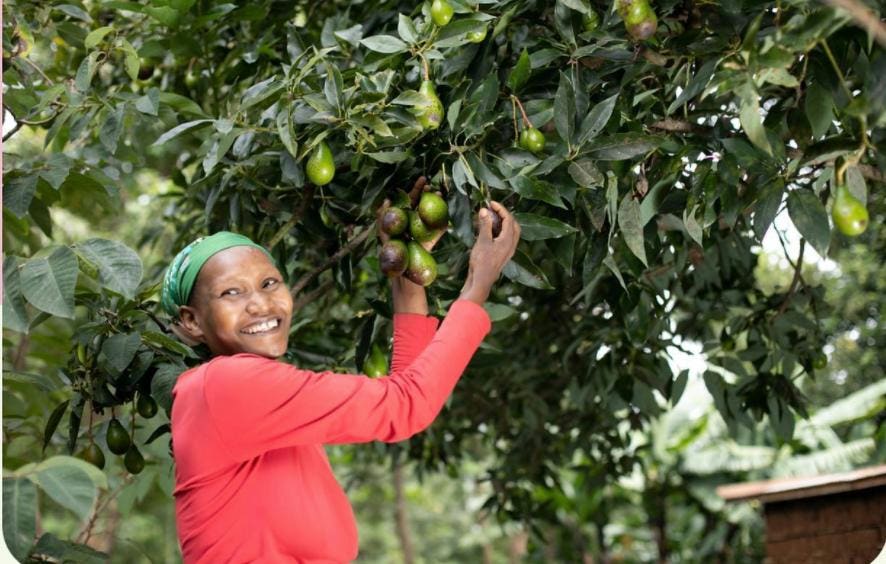 Nutiva’s roots may have been in hemp. But recently, they’ve launched an organic avocado oil, sourced from Ethiopia, in what CEO Steven Naccarato, says is the first-of-its-kind fully traceable supply chain for the increasingly popular oil.

Nutiva, which was launched in 1999, by John Roulac, was focused on hemp products at the time. “That’s a crop that’s regenerative by its very nature,” says Naccarato. This was long before the concept of regenerative agriculture would come to the mainstream.

As the company evolved, it added other offerings — virgin coconut oil, chia, coconut sugar, for example — and would work closely with farmers who were growing these ingredients for them. Over the years, Nutiva has put one percent of sales into farming communities, a sum that has now exceeded $5 million.

Now, they’re building out a unique avocado supply chain in collaboration with Tradin Organics where they’ll be doing more farmer trainings and local community projects, Naccarato says. Unlike much of the industry which sources the beloved fruit from Mexico or South America, Nutiva turned to Ethiopia where avocados have been farmed for local markets, but not as much for export, he explains.

“This variety of avocado in Ethiopia has a thinner skin, bruises a bit more easily, and so is harder to transport long distances. Instead, it’s eaten locally, and the farmers are not getting much for them. Plus there’s an abundance.”

Since it doesn’t travel well, Nutiva decided to work with local growers to turn it into oil, which is more transport-friendly and highly sought-after these days. Plus, Naccarato explains that the industry uses unwanted fruit for oil, taking the leftovers, waste, and fruit that’s on the verge of rotting to press into oil. Instead, they take fresh fruit from 30,000 growers, about 300 kilometers south of Ethiopia’s capital, Addis Ababa.

Here, the farmers also grow coffee. In fact, the avocado trees, he says, provide much-needed shade to the coffee plant, and the intercropping is part of a regenerative approach to agriculture.

In 2018, Nutiva and Tradin started working in the area, identifying land where they could build a processing facility. That way the fruit could go directly to pressing and not have to suffer through tedious transport systems.

As they’ve helped put in the infrastructure for this new product, Nutiva has also invested in education for local farmers and a nursery, which Naccarato points out has many female farmers, where they can produce seedlings for future crops.

“We want to make this supply chain more equitable for farmers in the region, and utilize a fruit that was frankly going to waste as well.”

While the supply chain is fair trade, Nutiva is not marketing it as fair trade. “From our perspective, we work with the communities, and we’ll understand what their needs and then make investments. We always trade fairly,” he clarifies.

Since they want to make the oil as accessible as possible, Nutiva has partnered with Costco, here in the US, to sell it in glass bottles which feature the story of one their Ethiopian farmers.

Naccarato is passionate about how food can be catalytic for change. “I believe that food is one of the biggest drivers of climate change, and instead of creating damage, can be part of the solution.”

To drive more awareness around regenerative systems of farming, the company has supported non-profits like Kiss The Ground, and invested in research to study how these improvements have led to increased biodiversity in the soil, and above it.

“If you want to be a part of regenerative, you have to go to the source and work directly with the growers. It can’t just be about putting a label on a product. In fact, it’s proven to be more successful and has been around for a long time. But it takes investment in farming communities.”

The Guelph Storm had no chance against a bear from Owen Sound. The visiting Attack used a strong second period to beat Guelph 6-3 Friday...
Read more