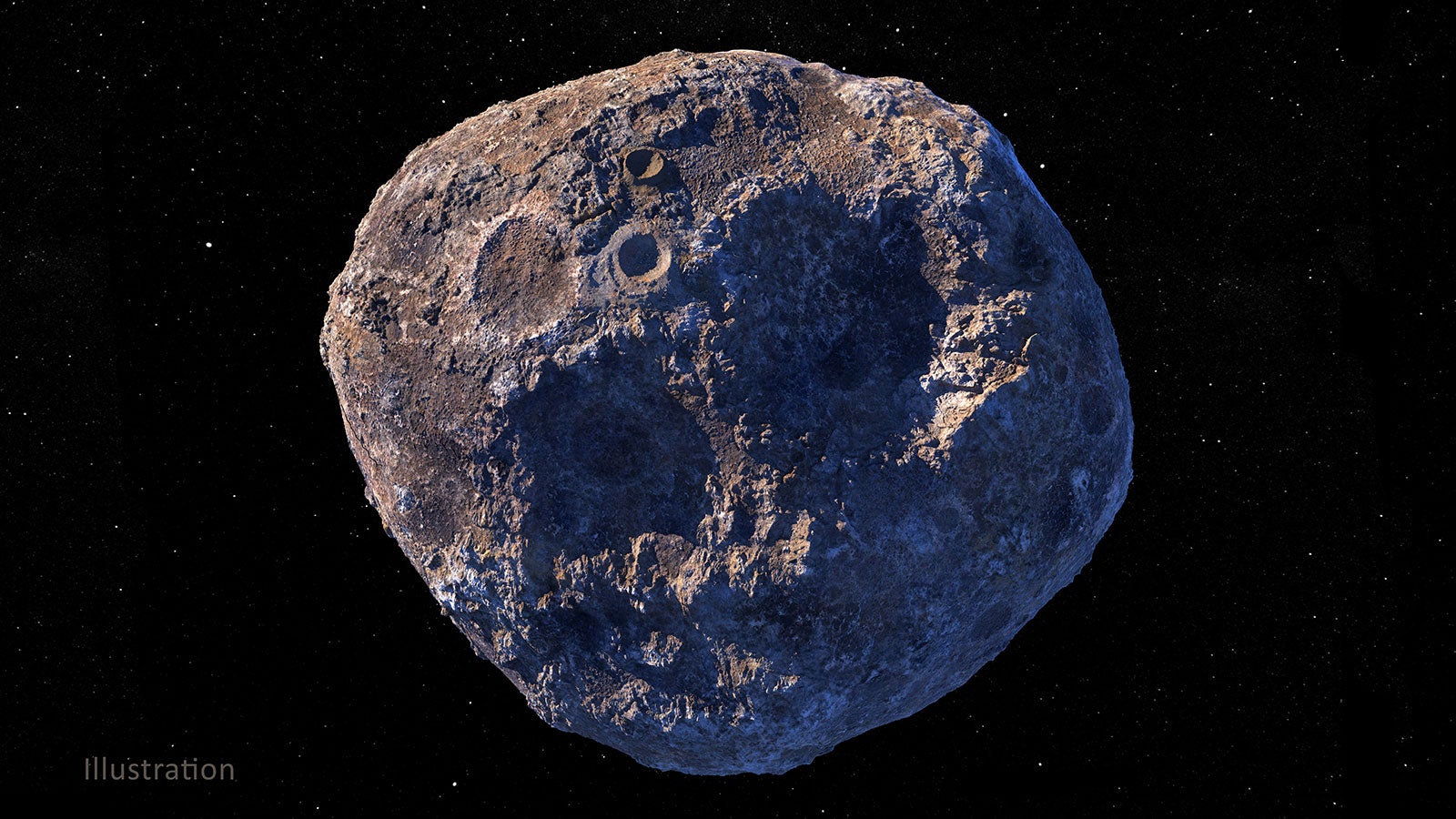 Scientists believed that the asteroid Psyche 16 was a body with no monetary value, but new research indicates that it is richer than the entire Earth economy.

For a few months, the United States Space Agency (NASA) has a history of ups and downs with the asteroid Psyche 16 . Last April it was announced that the organism programmed a mission to said cosmic body, as they found that it is worth more than the entire global economy of planet Earth . Just a few weeks ago, a researcher said that it was actually worthless, and now it is confirmed that it does harbor unusual riches .

The history of the asteroid Psyche 16 dates back to 1852, when it was discovered by the Capodimonte observatory in Naples. This body, which orbits between Mars and Jupiter, is 226 kilometers in diameter and has an area of about 165,800 square kilometers, and it is believed that it could be the intact nucleus of a primitive planet.

Psyche 16 is believed to be up to 95% composed of an alloy of various highly valued metals, otherwise it is a mystery to astronomers. That is, its value lies in the fact that it is not made of rocks or ice, but of various metals, mainly iron and nickel .

In fact, the American scientist Lindy Elkins-Tanton , one of the principal investigators of NASA’s Psyche mission , calculated in 2017 that iron from the asteroid alone would be worth about 10 thousand quadrillion dollars on Earth. By contrast, in 2019 the world economy was valued at ‘only’ 142 trillion dollars.

Why did they think Psyche 16 was worthless?

In mid-May, University of Arizona researcher David Cantillo published a study in The Planetary Science Journal stating that the asteroid Psyche 16 could be ‘a pile of debris’ .

According to Cantillo’s research, this cosmic mass would actually be made up of 82.5% metal, 7% low iron pyroxene and 10.5% carbonaceous chondrite that probably appeared there due to the impact of other asteroids. Furthermore, he maintains that the amount of empty space inside is around 35%.

“Psyche as a pile of debris would be very unexpected, but our data continues to show low density estimates despite its high metallic content,” commented the study author.

Psyche 16 is a mine of riches, they confirm

A new study has made it possible to develop a first temperature map of the celestial body by analyzing millimeter wavelength emissions. The conclusion was that, in effect, the asteroid harbors wealth greater than the total of the terrestrial economy .

Psyche 16 revolves around the Sun in the asteroid belt and its diameter makes it the largest of the M-type asteroids. Bodies of this type are believed to be rich in metals and could be fragments of the nuclei of protoplanets that suffered a process of disintegration when the Solar System was formed.

Katherine de Kleer , a co-author of the study, explained that Psyche 16’s thermal inertia is high compared to other asteroids. This indicates that it has an unusually dense or conductive surface and that at least 30% of it is made up of metal.

“We have known for many years that objects of this class are not, in fact, solid metal, what they are and how they were formed remains an enigma,” said Kleer, associate professor of the Planetarium of Science and Astronomy of the Institute of Technology of California.

After confirming the very high value of the asteroid, the researchers seek to apply the same study techniques to other large objects in the asteroid belt to gain a new perspective on the composition of   their surfaces.

TORONTO — Ontario has released a billing code for doctors to use when diagnosing long COVID — a move doctors and advocates say is...
Read more

The Guelph Storm had no chance against a bear from Owen Sound. The visiting Attack used a strong second period to beat Guelph 6-3 Friday...
Read more