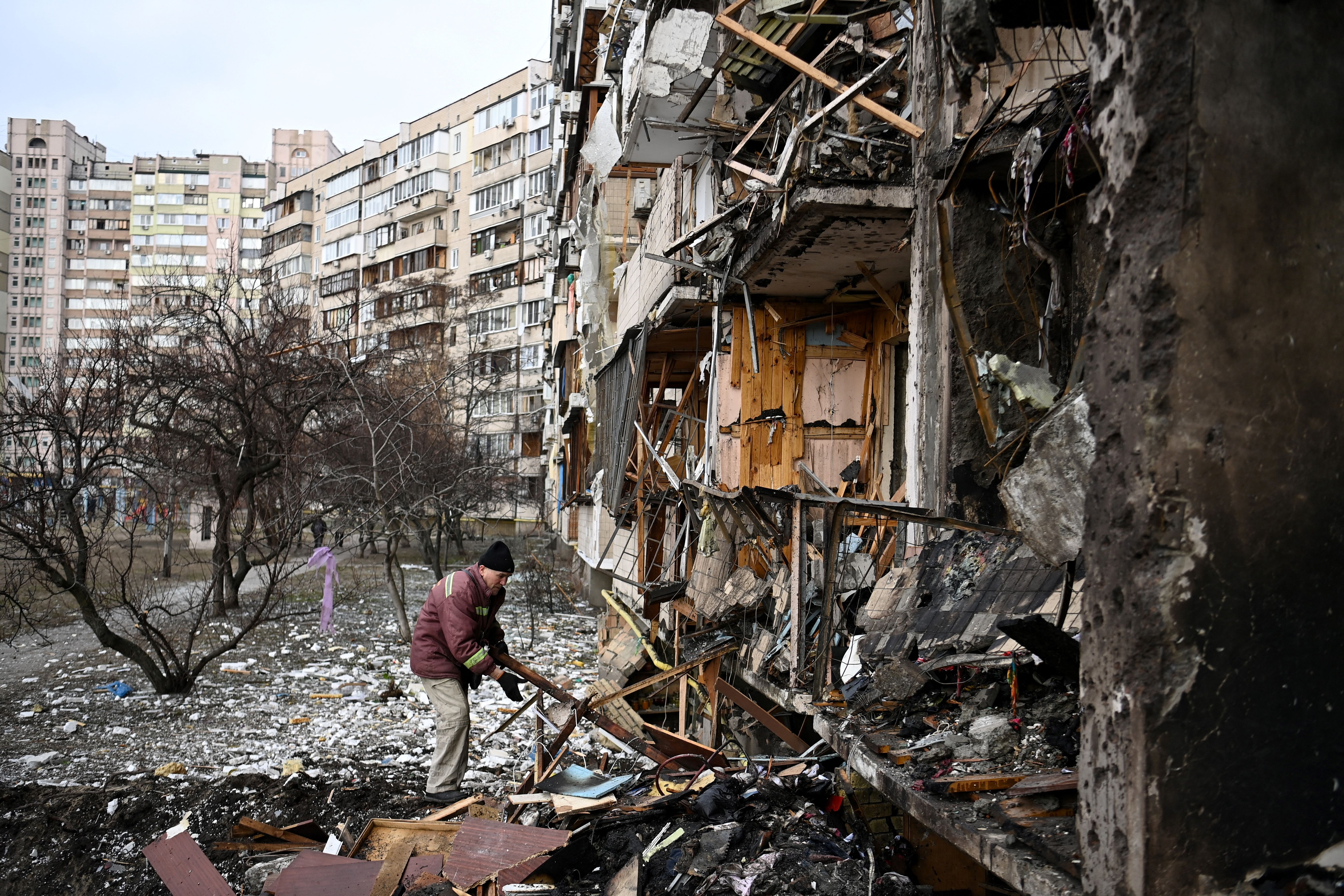 The alleged founder of a Russian mercenary group, the head of an online influence operation, bankers, politicians and their families were among those sanctioned by Canada on Thursday following the invasion of Ukraine.

In all, Canada’s second round of sanctions against Russia included financial penalties against 31 Russians and 27 entities and an immediate halt to all new and current export permits.

But while an expert said the new sanctions were a “good start and sends a message that Canada is united with its allies,” he said it wasn’t enough to sway President Vladimir Putin.

“To achieve that, we have to sanction the corrupt oligarchs who have significant assets in Canada, and we’ve so far failed to do that,” said Marcus Kolga, a senior fellow at the MacDonald-Laurier Institute.

Several Russian billionaires with alleged ties to Putin and business interests in Canada did not appear on the list released by Global Affairs Canada.

Here’s a closer look at who was and wasn’t included in Canada’s latest round of sanctions targeting Russia.

Dmitry Utkin and the Wagner Group

Among those on the sanctions list is Dmitry Utkin, a former Russian special forces officer who allegedly founded the Wagner Group, a private military contractor accused of helping Moscow. The Wagner Group was also sanctioned.

According to a report from the Center for Strategic and International Studies, a Washington-based think tank, the Russian government “found Wagner and other private military companies to be useful as a way to extend its influence overseas without the visibility and intrusiveness of state military forces.”

Roughly 300 soldiers with the Wagner group arrived in the separatist regions of Donetsk and Luhansk wearing civilian clothes helping to lay the groundwork for war, two European officials told the New York Times.

Also on the list is Yevgeny Prigozhin, head of the Internet Research Agency (IRA), described by some as an online foreign-influence farm.

Prigozhin is wanted by the FBI for allegedly overseeing “political and electoral interference operations” in the U.S, according to a 2018 indictment. He allegedly oversaw the IRA’s operations in the U.S. which included the purchase of American computer server space, the creation of hundreds of fictitious online personas, and the use of stolen identities, according to the FBI.

He has reportedly denied the changes.

Sergei Ivanov is the chief executive of the Russian state-owned diamond mining company Alrosa and a board member of Gazprombank. He has faced sanctions from both Canada and the United States.

Ivanov also is the son of Sergei Borisovich Ivanov, one of Putin’s closest allies and former chief of staff of the presidential executive office, according to the U.S. Treasury Department.

Boris Rotenberg is a co-owner of the SGM group, the largest construction firm for gas pipelines in Russia, was also named by Canada and other allies in the new round of sanctions, by Canada and the U.K.

The U.K.’s Home Office said Rotenberg as being a “long-standing associate” to the Putin regime. He’s also reportedly a long-time friend of Putin since childhood when they trained in judo together.

1:51
How effective are sanctions against Russia?

How effective are sanctions against Russia?

Dani Belo, an assistant professor at Webster University in St. Louis and a fellow at the Norman Paterson School of International Affairs at Carleton University said it can be difficult to determine how close a person is to Putin’s inner circle, and who to target with sanctions.

“Just being corrupt is not sufficient to become a part of the list.”

Despite previous calls for his name to be added by critics, Russian-Israeli billionaire Roman Abramovich, who is a major shareholder in Evraz Steel, which has several production facilities in Canada, was not sanctioned.

Last year, Leonid Volkov, the chief of staff to imprisoned Kremlin critic Alexei Navalny, urged Canada to impose sanctions against Abramovich, who has a reported net worth of US$13.4 billion.

“He pretends to be a businessman, but he is just a nominal holder of Mr. Putin’s assets,” Volkov testified during a May 2021 appearance before a House of Commons committee. “He acquired for some pennies the oil companies that were taken by force using the criminal charges … from independent businessmen, taken on behalf of the Russian government and then the control over these oil companies was transferred to Mr. Abramovich.”

According to Evraz’s latest annual reports, he holds a 28 per cent stake in the company. Evraz and Abramovich have not yet responded to a request for comment.

Abramovich has denied in the past he is influenced by Vladimir Putin.

Another Russian businessman who was not sanctioned is Konstantin Babkin, director of Combine Factory Rostselmash Ltd., based in Rostov-on-Don, Russia.

In 2014, video emerged from a rally in Moscow that shows Babkin applauding Putin’s actions in Ukraine at the time.

“We should not stop at Crimea,” he said in the video.

Rostselmash Ltd. has a 97 per cent stake in Buhler Industries, which makes agriculture equipment in Canada – in Winnipeg – with roughly 1,100 employees.

Buhler Industries condemned Russia’s actions in a statement and attempted to distance itself from its Russian ownership saying the company “operates with autonomy” and “decisions are made in Canada.”

“Buhler Industries is united in the condemnation of the actions taken by the Russian Federation,” the company said Thursday. “We offer our condolences to those affected and share in their grief.”

“The majority ownership is held by Combine Factory Rostselmash Ltd., an agriculture company based in Russia but Buhler Industries is not a Russian company. Our values are rooted in North America.”

Orest Zakydalsky, senior policy advisor at the Ukrainian Canadian Congress, said the UCC had pressed Prime Minister Justin Trudeau to immediately impose a wide array of sanctions targeting the Russian regime during a meeting on Wednesday.

“There are certainly people who are supportive of the Russian regime and have both assets and businesses in Canada and need to be sanctioned immediately,” Zakydalsky said.

“That sanctions package needs to be implemented and needs to be devastating to the Russian economy and Russian businesses and oligarchs who are the pillars of the Russian regime,” he added.

“Sanctioning oligarchs is one part of the wider economic sanctions that need to be implemented right now.”

Speaking to reporters Thursday, Deputy Prime Minister Chrystia Freeland said Canada’s sanctions targeted “the people who have been Putin’s fellow travellers, people who have been able to become extremely rich, enjoying all of the pleasures of the West, of Western democracies, while aiding and abetting Vladimir Putin.”

“I believe that that will have a real impact.”