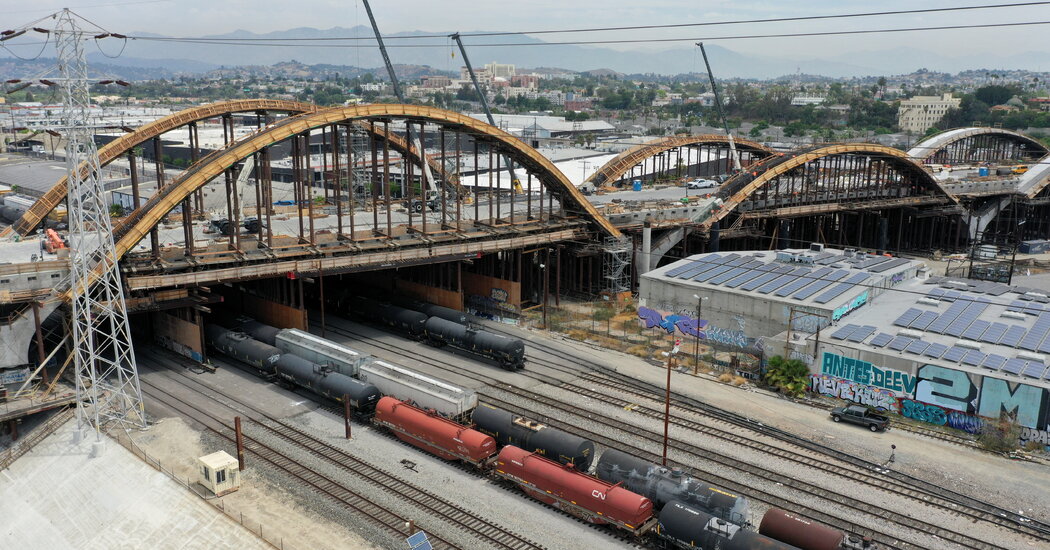 The Biden administration on Friday said it expected economic growth and inflation to both reach their highest levels this year since the early 1980s, revising earlier forecasts to match the reality of the continued stimulus-fueled recovery from the recession.

In its mid-session review of the administration’s initial budget forecasts, the Office of Management and Budget said it expected inflation-adjusted growth to hit 7.1 percent for the year. That’s an increase from the 5.2 percent officials projected earlier this year, before Mr. Biden’s $1.9 trillion American Rescue Plan began to increase consumer spending by delivering direct payments to households, expanded safety net benefits and aid for state and local governments.

Administration officials continue to insist that the surge of inflation this year is the product of pandemic-induced crimps in supply chains and will fade quickly, with the rate dropping to 2.5 percent in 2022. But their new forecast is an admission of sorts that prices have jumped higher and that the increase has lingered longer than they initially anticipated.

Jerome H. Powell, the Federal Reserve chairman, on Friday, struck a similar note in a Friday speech, suggesting that the Fed and the White House remain unified in their belief that high inflation will prove to be temporary — despite its unanticipated persistence this year.

The administration’s increase in its growth forecast mirrors a rise in private forecasters’ expectations for the year after Mr. Biden steered his stimulus bill through Congress, though many forecasters have begun to mark down those forecasts in recent weeks as the Delta variant of the coronavirus looms over the recovery. Still, administration officials cast the growth projection, which would be the highest since the first term of President Ronald Reagan, as vindication for Mr. Biden’s policies.

“Under the President’s leadership — and thanks to the grit and resilience of the American people — our economy is getting back on track,” Shalanda Young, the acting head of the budget office, wrote in a blog post.

Officials also said they expected stronger growth for the rest of the decade than they initially forecast, assuming Congress passes an infrastructure bill and a larger spending bill meant to overhaul the federal government’s role in the economy. The White House now sees growth averaging 2.2 percent over the decade starting in 2022, up from 2 percent earlier this year. That is significantly faster growth than other forecasters, including the Congressional Budget Office, expect.

As a result of those policies and the uptick in growth this year, they estimate the federal debt will grow by $1.2 trillion less than initially forecast over the next 11 years.

As extreme cold weather sweeps through the Maritimes, many households have been left without power on Saturday. In New Brunswick, nearly 15,000 customers were without...
Read more