What happened on Day 2 of Elizabeth Holmes’s testimony. 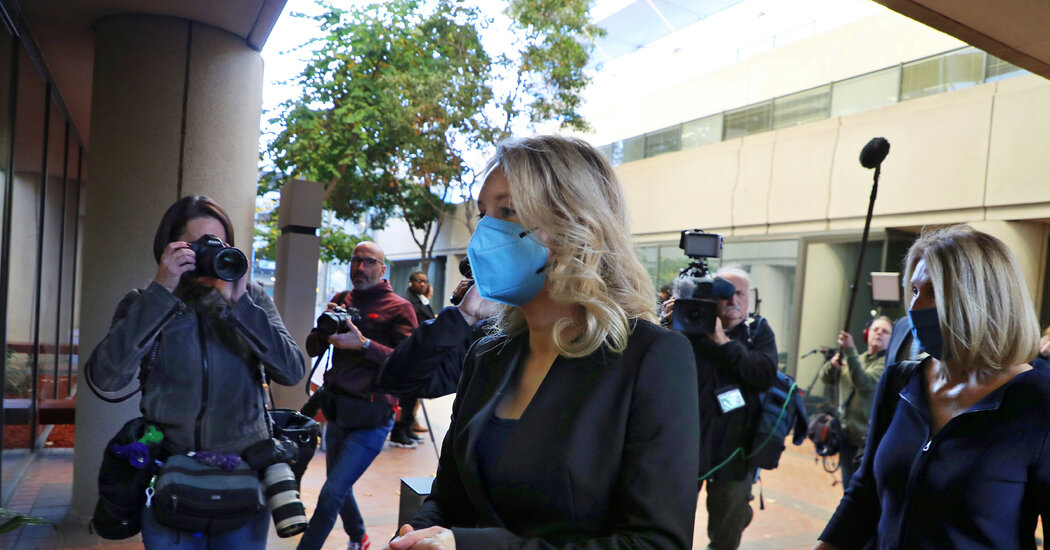 On Monday, after weathering months of accusations that she had lied to get money for her blood testing start-up, Theranos, Elizabeth Holmes, the embattled entrepreneur who is on trial for fraud, sharpened her defense.

In her second day of testimony, which lasted just under two hours, Ms. Holmes’s lawyers showed exhibits and asked her questions to push back against the prosecution’s claims that she defrauded investors, patients and doctors.

The idea, as laid out by Ms. Holmes’s lawyers in the trial’s opening statements, was to show that a kernel of truth may have existed beneath some of the most blatant misrepresentations that prosecutors have shown Ms. Holmes making.

Here were the main rebuttals:

One of the key allegations prosecutors have made against Ms. Holmes is that she claimed Theranos’s technology had been “comprehensively validated” by 10 of the world’s 15 largest pharmaceutical companies.

That was not true, prosecutors have said. Yet Theranos sent reports displaying those companies’ logos to investors, who testified that the reports lent the young start-up credibility and helped convince them to invest.

On Monday, Ms. Holmes painted a different picture. Theranos did work with pharmaceutical companies, she testified. There were clinical studies and even a study published in a peer-reviewed journal. (Ms. Holmes’s lawyer did not name which one.)

The questioning allowed Ms. Holmes to focus on Theranos’s early successes and the conversations she had with potential partners while glossing over the outcomes of those conversations. Ms. Holmes stopped short of addressing her later claims about Theranos’s successes and about the reports, which seemed to give Theranos stamps of approval from pharmaceutical companies.

“We thought this was a really big idea,” Ms. Holmes said.

Ms. Holmes has been charged with 11 counts of fraud and conspiracy to commit fraud. She has pleaded not guilty. If convicted, she faces up to 20 years in prison.