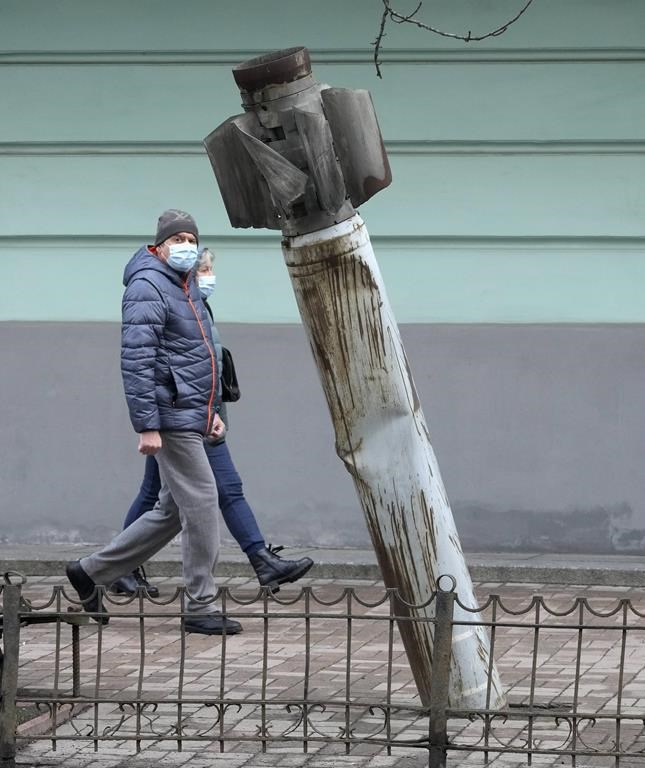 Ford made the comment at an unrelated press conference Monday morning in response to a question from a reporter about the status of masking requirements in the province.

“Right from the get-go, I’m listening to the chief medical officer,” Ford said.

Mask mandate will likely be lifted in schools when it is removed for wider public: Ontario top doc

Ford hinted that the province’s masking requirements could be lifted in the third week of March.

“What I’m hearing: over the next few weeks, maybe after March break when the kids get back, but we’ll see. I don’t want to set a date,” he said.

“There’s no secret — there isn’t a person I talk to (who) likes these masks. No one likes them. But I’m going to follow the advice and we aren’t far away.”

Last week, Ontario chief medical officer of health Dr. Kieran Moore said masking requirements will likely be lifted for schools when they are removed for most public spaces.

He said Thursday that masking policies would still likely remain in place for the “highest-risk settings” — including public transit, hospitals, and long-term care — after being removed for most public spaces.

Moore has said he anticipates that the mandate would be reviewed in the second or third week of March, allowing for data to be analyzed after more restrictions ease Tuesday.

If Ontario chooses to ease masking requirements for schools after the March break, it would seemingly fall in line with Quebec’s plan to remove masking in classrooms following the break.

Ford said he wants to see the province united as restrictions continue to ease.

“The divide this has created is terrible and we just need to move forward, put this behind us and everyone work together,” he said.

On Tuesday, Ontario is set to lift remaining capacity restrictions and the province’s proof of vaccination requirement used to enter certain settings.

2:40
Brampton Mayor calls for an end to mask mandates for students

Brampton Mayor calls for an end to mask mandates for students

Ford said individuals still need to be “cautious” as the measures are lifted.

“We aren’t through this yet,” he said.

Meanwhile, a coalition of children’s hospitals, including SickKids in Toronto and CHEO in Ottawa, is urging the government to keep mask requirements for schools for now.

“Case counts and hospitalizations, while on the decline, remain high,” the hospitals said in a statement. “Many children remain unvaccinated. Young children are still ineligible. The evidence is clear: Masking helps prevent transmission not only at school, but prevents kids from then spreading COVID-19 at home to unvaccinated siblings, family or community members.”

— With files from The Canadian Press

Iran’s attorney general signals that morality police could be ‘abolished’