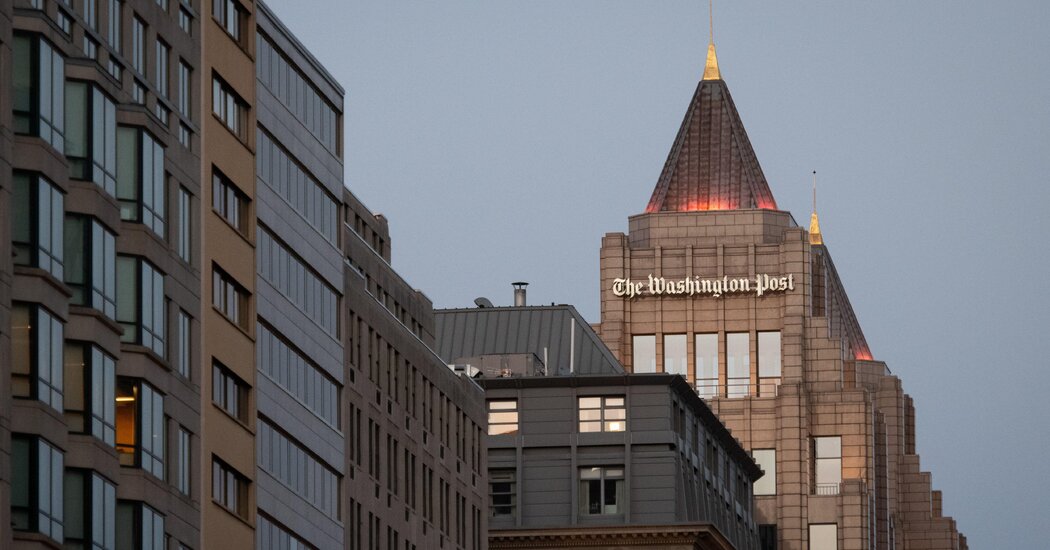 A further 30 open positions will not be filled. The overall size of the newsroom is expected to return to its current level after The Post makes new hires in the affected departments.

The Washington Post laid off 20 people from its newsroom on Tuesday, according to a note sent to its staff.

In the note, Sally Buzbee, the executive editor, said the company had also identified 30 open positions that would not be filled.

“Newsroom leaders made these decisions after a thoughtful and deliberate review of our current roles and vacant positions,” Ms. Buzbee wrote.

She said people who were laid off were eligible to apply for open positions.

“While such changes are not easy, evolution is necessary for us to stay competitive, and the economic climate has guided our decision to act now,” Ms. Buzbee said. “We believe these steps will ultimately help us to fulfill our mission to scrutinize power and empower readers. We are not planning further job eliminations at this time.”

The layoffs affected several departments, including The Post’s metro staff, according to three people with knowledge of the decision. The online gaming vertical Launcher was shut down, as well as KidsPost, a section of the newspaper for children, according to another person with knowledge of the changes. The newsroom has more than 1,000 employees.

On Tuesday, while in the process of notifying those who had lost their jobs, The Post sent an email to staff members about the hiring of three new journalists.

The layoffs culminate weeks of uncertainty for The Post’s newsroom, which had been bracing for the cuts since Fred Ryan, the paper’s publisher, announced he was enacting a “single-digit” percentage reorganization of the company’s staff during a contentious all-hands meeting in December.

Mr. Ryan has told editors that he wants to focus The Post’s resources on positions that drive online readership and engagement and away from some traditional print beats, the people said.

The Post’s union said in a statement on Tuesday that it had not received a “clear explanation for why the layoffs are happening despite numerous attempts to get answers.”

“We are still learning how many people will be impacted and whether there will be any effort to help them find new positions internally — which is the least the company could do at a time of continued growth and expansion,” the union said.

In recent months, The Post has grappled with stalled subscriber growth and falling ad revenue, as well as tensions between its newsroom and leadership. The company lost money last year, and it now has fewer than the three million subscribers it had at the end of 2020.

The layoffs followed a rare visit to The Post’s newsroom by its owner, Jeff Bezos, the Amazon founder. Last week, Mr. Bezos met with senior leaders and sat in on a news meeting. One member of the staff approached Mr. Bezos as he left the meeting and asked why The Post wasn’t offering employees buyouts before resorting to layoffs.