Using Your Investment Gains to Help People in Ukraine 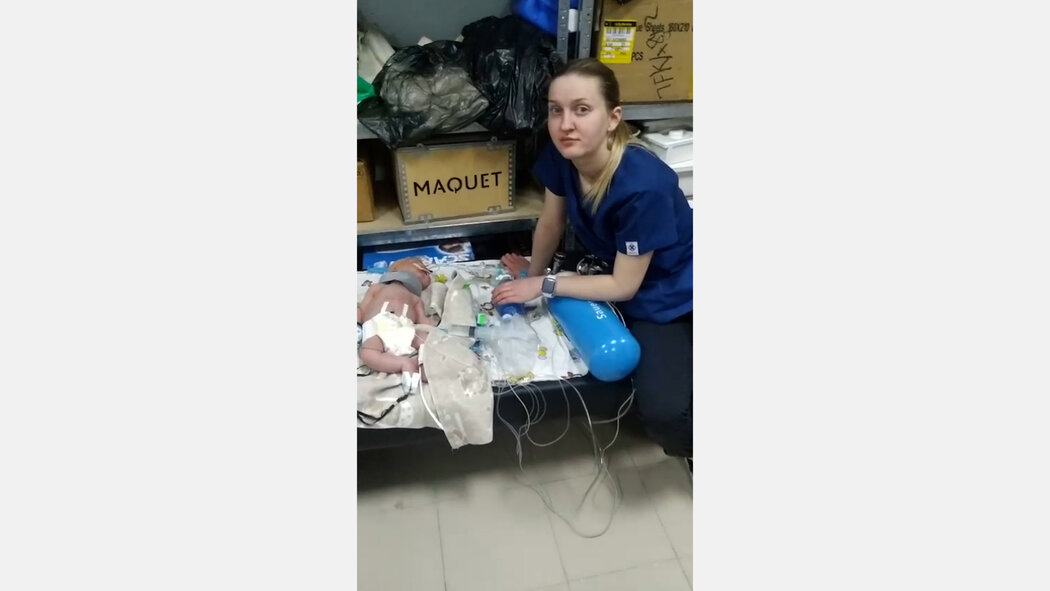 If you have an investment portfolio or own a home, you’ve probably experienced big gains. Here’s how to use those winnings to help.

In the days since Russia’s invasion of Ukraine, plenty of people have tried to predict what it will mean for gas prices or interest rates or your investments.

There is no harm or shame in this, not exactly at least. Self-preservation — and its attendant instinct, wealth preservation — is an understandable impulse. It is reasonable for prognosticators to try to settle people and markets down, even though forecasters regularly get it wrong.

But as with any act of military aggression that has the potential to rattle global finance, one immediate question ought to be this: Who is most likely to need help right away?

Chances are, it’s babies whom hospital personnel have had to move to basements and the people who are taking shelter in subway stations or fleeing their homes. Many of those adults had no 401(k) in the first place. Even those who have the least among their neighbors may lose more than they ever thought possible.

If you’re reading this, you are probably not among them. We’re entering Year 3 of a global pandemic, but you are still alive, even if you may have lost people close to you. The job market is strong for those who want to work and feel safe doing so.

If you own a big, broad basket of U.S. stocks, they have risen about 40 percent in the past two years, even after the recent correction. If you own a home, those prices are up at least 20 percent — over $50,000 for those at the median.

This is incredible. Your net worth may well be higher amid all the death that resulted from disease, and it could stay that way as Russia’s invasion of Ukraine threatens to wreak havoc on global markets.

This is not a call for celebration but instead to marvel, briefly, that this may be your reality. And it is true that the ability to dig deep to help others depends in part on preserving what you have.

My colleague Jeff Sommer noted that stock markets posted big gains in the medium-term wake of the Pearl Harbor bombing and the U.S. invasion of Iraq. Investors did well during the Cold War years, too, even as millions of people suffered.

For most people, it would not feel good to try to profit off these sorts of events directly, but mere patience is no moral failing.

On Thursday, as stock markets fell steeply and then recovered, Michael Zawadiwskyi, a Ukrainian American financial planner, said he did talk a few clients out of the idea that they should sell various investments to shield themselves from potential losses. About half his clients share his roots.

But he did not get as many calls as you might have expected. Shared heritage aside, he and his clients subscribe to universal principles of sound financial planning. They have their money in buckets of investments, some to use now and some for later. They are prudent about risk and diversification. They don’t deviate from the plan unless radical changes in their own lives demand it.

And he knows his history. “I don’t think war slows the economy down long term,” Mr. Zawadiwskyi said.

That did not keep him from staring in disbelief at pictures of tanks rolling through Ukraine and wondering what will become of its citizens. Most of them, he believes, do not have their bags packed just yet, especially those in the western part of the country, where his family has roots.

“Where are they going to go?” said Mr. Zawadiwskyi, a first-generation American who is part of a tightknit community of Ukrainian Americans in northern New Jersey. “I don’t even want to imagine what that is going to look like. I think they are still intent on fighting for what they have there.”

If he and his clients are, for now, more worried about people than the prospects for their investments, you should consider a similar stance. After all, there is one thing that we can forecast with reasonable certainty in the short term: People will need help.

What is at the root of this invasion? Russia considers Ukraine within its natural sphere of influence, and it has grown unnerved at Ukraine’s closeness with the West and the prospect that the country might join NATO or the European Union. While Ukraine is part of neither, it receives financial and military aid from the United States and Europe.

Are these tensions just starting now? Antagonism between the two nations has been simmering since 2014, when the Russian military crossed into Ukrainian territory, after an uprising in Ukraine replaced their Russia-friendly president with a pro-Western government. Then, Russia annexed Crimea and inspired a separatist movement in the east. A cease-fire was negotiated in 2015, but fighting has continued.

How did this invasion unfold? After amassing a military presence near the Ukrainian border for months, on Feb. 21, President Vladimir V. Putin of Russia signed decrees recognizing two pro-Russian breakaway regions in eastern Ukraine. On Feb. 23, he declared the start of a “special military operation” in Ukraine. Several attacks on cities around the country have since unfolded.

What has Mr. Putin said about the attacks? Mr. Putin said he was acting after receiving a plea for assistance from the leaders of the Russian-backed separatist territories of Donetsk and Luhansk, citing the false accusation that Ukrainian forces had been carrying out ethnic cleansing there and arguing that the very idea of Ukrainian statehood was a fiction.

How has Ukraine responded? On Feb. 23, Ukraine declared a 30-day state of emergency as cyberattacks knocked out government institutions. Following the beginning of the attacks, Volodymyr Zelensky, Ukraine’s president, declared martial law. The foreign minister called the attacks “a full-scale invasion” and called on the world to “stop Putin.”

How has the rest of the world reacted? The United States, the European Union and others have condemned Russia’s aggression and begun issuing economic sanctions against Russia. Germany announced on Feb. 23 that it would halt certification of a gas pipeline linking it with Russia. China refused to call the attack an “invasion,” but did call for dialogue.

How could this affect the economy? Russia controls vast global resources — natural gas, oil, wheat, palladium and nickel in particular — so the conflict could have far-reaching consequences, prompting spikes in energy and food prices and spooking investors. Global banks are also bracing for the effects of sanctions.

If you have lost little — and certainly if you’ve gained plenty — hark back to your own family’s history of having been helped. Even if your ancestors were never officially refugees, they probably encountered hardship if they moved from country to country.

It’s an old story, with new protagonists each year. For decades, Refugees International has focused on public policy and other initiatives that can ease their struggle. HIAS is another stalwart in this area that is sending money to Right to Protection, its Ukrainian partner. Other established nonprofits are likely to mobilize if the situation worsens.

A few omnibus, ways-to-help websites are already making the rounds, as are suggestions on social media. If recent history is any guide, there will be tools and platforms that you can use to get money directly, electronically, to individuals in need. Most of these efforts will work and are worthy. Inevitably, scams will emerge, too, so be wary and ask questions.

And if it helps, don’t forget that there can often be a direct connection between your own gains and your good will.

You can donate appreciated stock to many charities and avoid paying capital gains taxes on those winnings. You can move a pile of securities into a donor-advised fund and spend it down over time while capturing any charitable tax deductions that you might be eligible for. And if you have investment losses, deduct those if you can and imagine any tax savings as a subsidy toward generous donations.

Maybe the invasion will affect your retirement or the price to fill your S.U.V., and maybe it won’t. But other people are suffering greatly right now. Investing in them is one of the best ways to answer the question of what you could do about Ukraine in the immediate future.