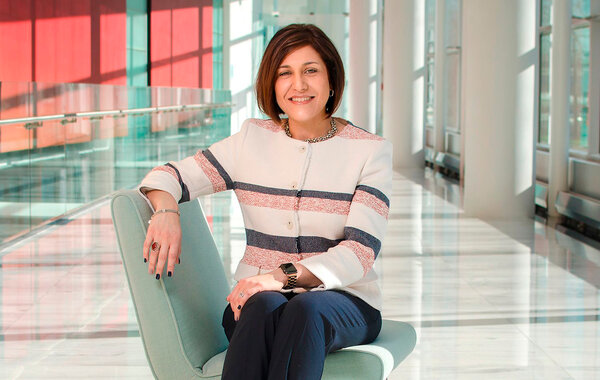 When USA Today was introduced nearly 40 years ago, its short articles, copious charts and detailed weather coverage were disdained by the staid newspaper industry, which nonetheless quickly found itself copying many of the upstart’s novel features.

But on Wednesday, USA Today announced it was playing catch-up with its contemporaries, becoming the final major national daily to require readers to pay to read news online.

In a note to readers published Wednesday online and in the print edition, two executives at Gannett, the newspaper chain that owns USA Today, laid out their pitch.

“This is a big change; our digital news has always been free,” wrote Maribel Perez Wadsworth, USA Today’s publisher and the director of news across Gannett, and Nicole Carroll, the editor in chief of USA Today. “But USA Today was founded on boldness. Your subscription is an investment in quality journalism that’s worth paying for, journalism that strengthens our communities and our nation.”

USA Today’s shift to a digital subscription model, which comes after the rest of Gannett’s roughly 250 daily newspapers already made that change, signals the definitive end of an era when newspapers relied primarily on advertisements in its print edition for revenue. As readers have flocked to smartphones, laptops and tablets, causing print readership and the overall value of advertising to decline, newspapers’ most important revenue stream increasingly consists of charging digital readers.

The announcement could prove just the beginning of USA Today’s transition into a subscription company, Mayur Gupta, Gannett’s chief marketing and strategy officer, said in an interview, pointing to USA Today-branded destinations for sports betting and games. It might also make sense in the future for Gannett to offer subscriptions that bundle USA Today and a local newspaper, he said.

“It’s inevitable that at some point we will create a much stronger value proposition from stitching it all together,” said Mr. Gupta, a former executive at the streaming giant Spotify.

USA Today’s digital destinations (not all Gannett outlets, as previously reported here) routinely receive around 90 million unique visitors per month, the company said. That puts it on par with rivals with paywalls such as The New York Times, The Washington Post and The Wall Street Journal, according to Comscore, a media measurement company. USA Today has among the highest weekday print circulations in the country. It does not publish print editions on weekends.

The paywall will extend to USA Today’s entire audience. But it will not cover all stories. Breaking news, particularly of a public service nature, will remain free, Ms. Perez Wadsworth and Ms. Carroll said. The money from the paywall will help fund an already beefed-up investigations unit and visual journalism, they said.

In an interview, Ms. Perez Wadsworth promoted the strengths of the so-called USA Today Network, which includes the local papers published by Gannett in 46 states such as The Arizona Republic and The Detroit Free Press.

“The fact that we have the deep roots, expertise and trust in the local markets is an enormous strength, for those brands and for USA Today, because our national report is informed by that expert local knowledge,” she said.

There will be three subscriptions for sale, all with lower monthly prices for the first three months that then graduate to higher ones: a digital-only tier, with an entry price of $4.99 per month rising to $9.99 per month; a digital-only tier without ads, which will start at $7.99 and rise to $12.99; and a home-delivery subscription that will include complete digital access, with a teaser rate of $9.99 rising to $29.25.

The announcement on Wednesday followed a pilot over the past few months in which 25 percent to 50 percent of USA Today’s digital visitors were confronted with a paywall. Gannett executives learned that subscribers were spending at least 20 percent more time than anonymous users, Mr. Gupta said.

Ms. Perez Wadsworth said she was encouraged by the results of the pilot. “When we focus on what’s unique and exclusive to us,” she said, “our readers do make choices to subscribe.”