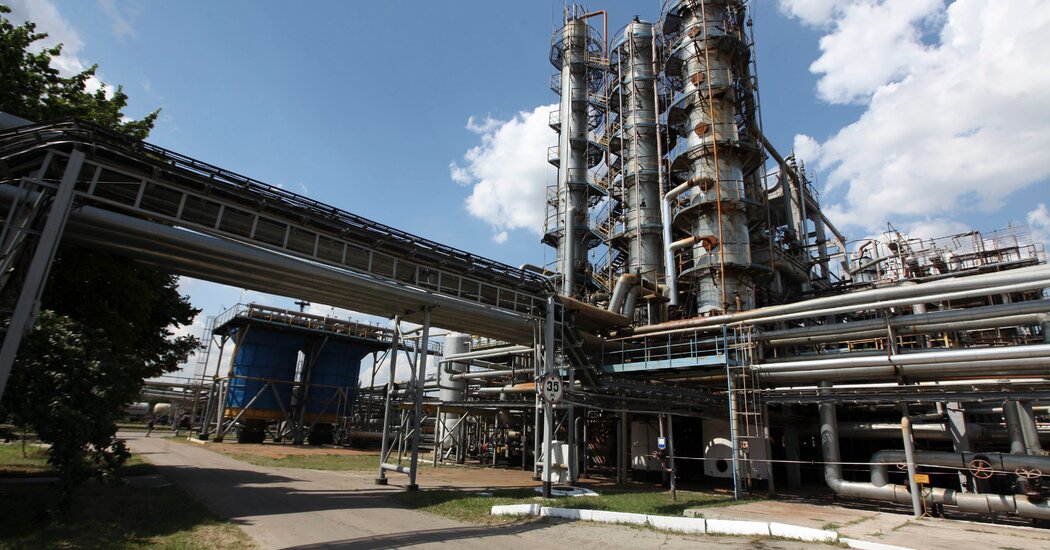 Ukraine’s gas pipeline operator said on Sunday that the transmission of natural gas through its system was continuing “normally” and that it had not recorded a drop in pressure after an explosion in the area of Kharkiv, the country’s second-largest city. The Gas Transmission System Operator of Ukraine added that it was unable to visually inspect the site because of military activity in the city.

Ukraine is one of the major transmission routes for Russian gas to Europe. Concerns about a disruption from fighting or by intent have driven European gas prices to high levels, putting pressure on consumers and energy-intensive businesses.

Even before the fighting, Russian gas flows through Ukraine had dropped as Gazprom, the Russian monopoly, kept volumes low by historical standards. Since Friday, the flow of gas from Russia to Ukraine has returned to the full amount agreed under long-term contracts, at around 110 million cubic meters per day.

Daily flow of natural gas from Russia to Ukraine

Gazprom also said on Sunday that it was continuing to supply gas through Europe in accordance with requests from customers, according to the Russian news agency TASS.

Oil and, especially, gas flows remain Russia’s key point of economic leverage on Europe, and Moscow may see more value in keeping the volumes going than cutting off major customers like Germany and Italy at this point.

European energy ministers are expected to meet on Monday to discuss soaring oil and gas prices. On the table could be measures intended to ease Europe’s vulnerability to fluctuations in the gas market, like mandating that higher levels of stored gas be maintained. Having ample storage could help ease supply crunches and smooth prices at times of high demand. Analysts say, however, that gas prices are likely to remain high for a year or more.

Martin Young, an analyst at Investec, an investment bank, forecast that continued high gas prices could mean that British consumers, who were just hit with a more than 50 percent increase in energy bills, could be slammed with a similar rise in the fall.

On the oil front, OPEC Plus, the group of major oil producers that includes Russia, is scheduled to meet on Wednesday to discuss production levels. The group is facing Western pressure to increase output to relieve high oil prices, which briefly reached about $105 barrel on Thursday.

While the West has so far been careful not to target Russian oil and gas exports with sanctions, British lawmakers are growing increasingly uncomfortable with a nearly 20 percent stake that BP, the London-based oil company, owns in Rosneft, the state-controlled company.

British opposition politicians have called on BP to sell the stake, which it acquired in 2013, although it is hard to see who other than the Russian government would buy it.

BP’s chief executive, Bernard Looney, and his predecessor, Bob Dudley, serve on Rosneft’s board. The company’s chief executive, Igor Sechin, is a longtime associate of President Vladimir V. Putin’s and has been a target of past Western sanctions.

Drinking water to retail: How a rail strike could upend the economy

WASHINGTON — President Joe Biden, lawmakers and business leaders are warning of an economic crisis should the country’s railroad workers go on strike as...
Read more

Ripple of Kindness Orillia has selected Dress for Success Orillia and Barrie as the fourth and final recipient of a 2022 donation. The organization is...
Read more