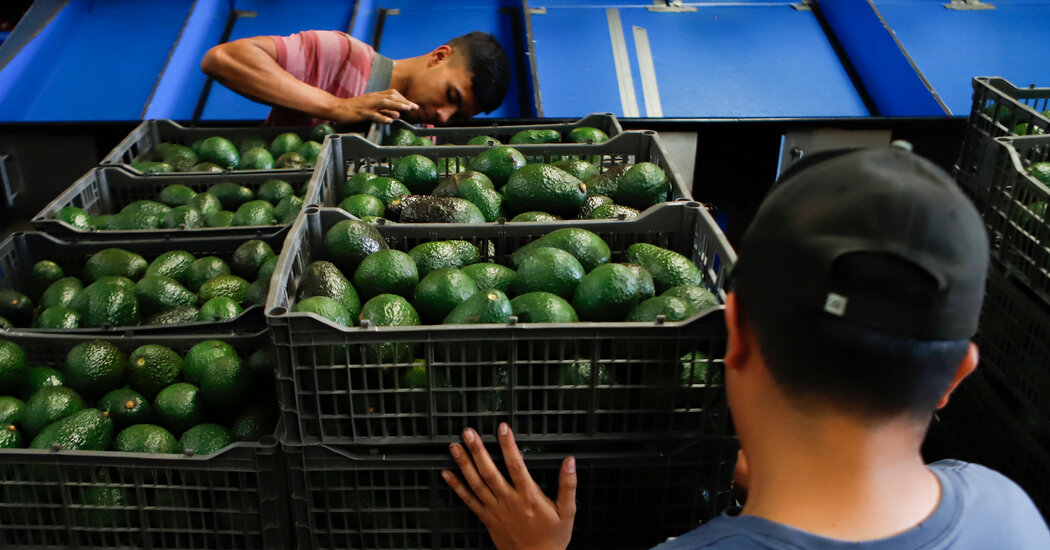 The ban was issued last week after a U.S. inspector was verbally threatened in the state of Michoacán in Mexico.

The United States lifted a temporary ban on avocados from Mexico on Friday, allowing exports of the fruit to resume, the U.S. Department of Agriculture said.

The ban had been issued on Feb. 11 after a verbal threat was made to a U.S. inspector working in the country. That prompted the U.S.D.A. to warn that the suspension would “remain in place for as long as necessary to ensure the appropriate actions are taken” to secure the safety of inspection service personnel working in Mexico.

On Friday, the department said in a statement that it worked with agencies in Mexico to enact more safety measures for its inspectors. It did not elaborate on those measures.

“The safety of U.S.D.A. employees simply doing their jobs is of paramount importance,” the department said. “U.S.D.A. is appreciative of the positive, collaborative relationship between the United States and Mexico that made resolution of this issue possible in a timely manner.”

The ban had been expected to negatively affect the western state of Michoacán in Mexico, the only region approved in Mexico to send avocados to the United States.

Annual exports there total nearly $3 billion, with the bulk going to the United States, where 80 percent of the avocados consumed come from Mexico and the average price of $1.43 an avocado was already nearly 11 percent higher than a year ago.

Details of the threat made to the employee were not made public. However, the avocado industry has attracted the interest in the past decade of drug cartels, which have become more fragmented and sought ways to diversify their illicit income streams.

The Association of Avocado Exporting Producers and Packers of Mexico, which represents 29,000 avocado farmers and 65 packing houses in Michoacán, said in a statement on Friday that it proposed the creation of an “intelligence and security unit” within the association that would “support the export program.”

Both countries agreed to the proposal, which also included a security plan from the government of Michoacán, though specifics of that plan were not released.

Armando López Orduña, the director general of the association, thanked Mexico and the United States, saying that their support had avoided, “to the extent possible, the impact on supply.”

The export of Mexican avocados to the United States is set to resume on Monday.

The ban came just before one of the biggest events for the avocado industry, the Super Bowl. Concerns had been growing over whether the ban would affect the industry’s other big day in the year, Cinco de Mayo.

Mark Davidson, an administrator at the Animal and Plant Health Inspection Service’s plant protection and quarantine program, said in a statement that all parties were glad to see a resolution.

“The popularity of Mexican avocados is undeniable,” he said.