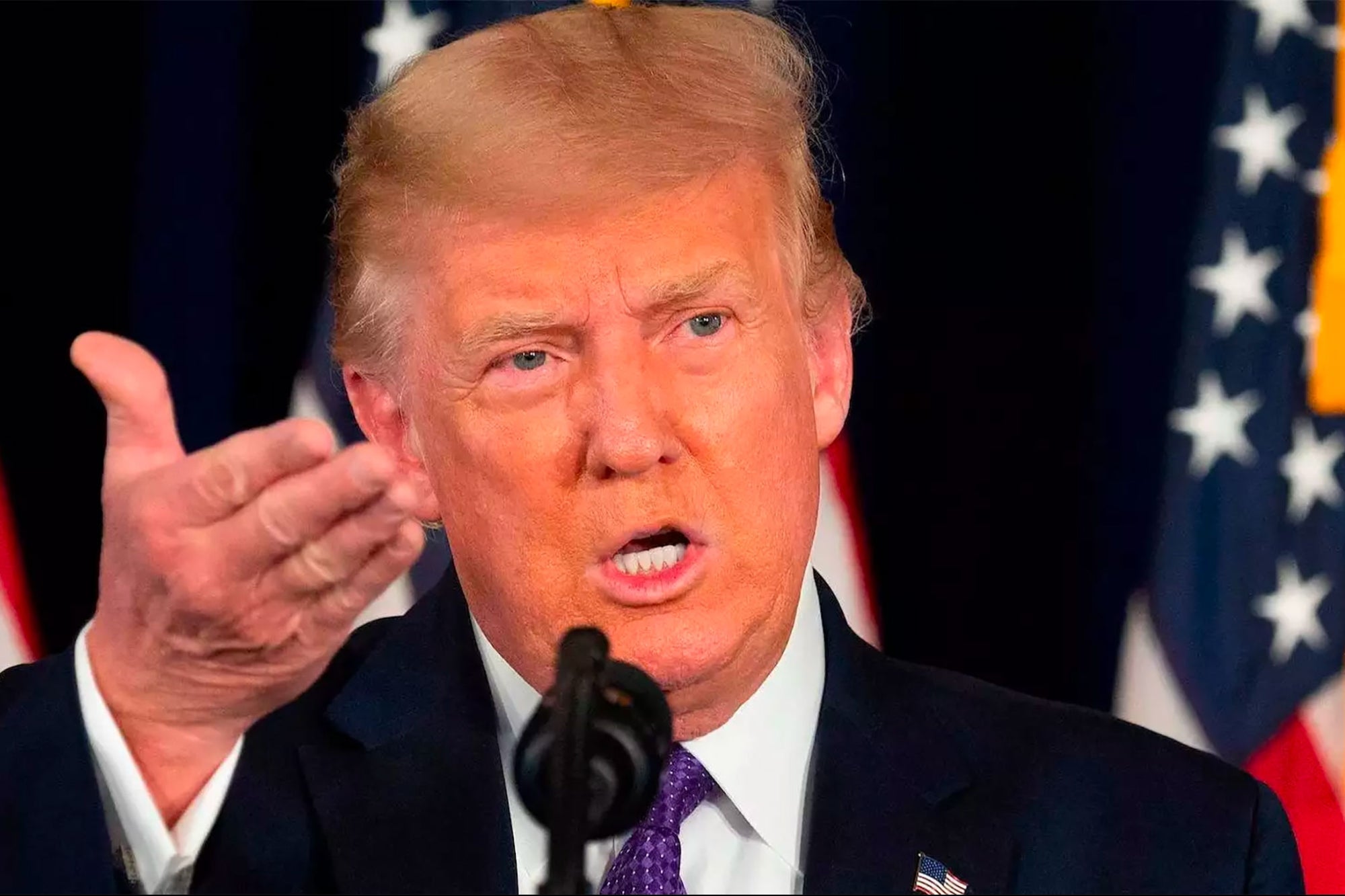 Fundraising email and text blasts went out right after Trump made a speech on the lawsuits.

Former President Donald Trump wasted no time seeking a fundraising boost off the heels of his lawsuits against Facebook, Google, and Twitter, with the Republican National Committee sending out emails and texts soliciting donations within minutes of the announcement.

Trump made the announcement before noon on Wednesday, arguing with his lawyers that even though Facebook is not a public company, it should be considered as a “state actor.”

And there it is: Trump fundraising appeal off his lawsuit already out pic.twitter.com/4KUaokjezH

One of the texts uses a dubious promise of “matching donations” up to five times the initial dollar figure, a practice Trump continues to embrace as other politicians have stopped doing it.

WinRed — the online fundraising division of the Republican National Committee that sent out one of the Trump lawsuit fundraising emails — had to return $122 million in donations earlier this year after people mistakenly exceeded the individual donation limit under federal law.

Ever since Trump remade the Republican Party in his image with his 2016 presidential victory, his embrace of aggressive fundraising tactics has extended to the party apparatus.

The RNC became more intertwined with the 2020 Trump campaign than it had ever been with a nominee, with the Trump team using their online fundraising and data tools that would normally remain separate, as The New York Times reported in December 2020.

Fundraising emails from Trump’s adult sons, Eric and Don Jr., got particularly aggressive and weird ahead of the 2020 election, with the brothers shaming potential donors over not being loyal enough to their father.

Trump also fundraised heavily off of his meritless challenges to the 2020 election results, raising at least $150 million by December 2020 with most of it going to his future endeavors, rather than legal expenses.