Tired of Your Big Bank? Consider These 4 Alternatives 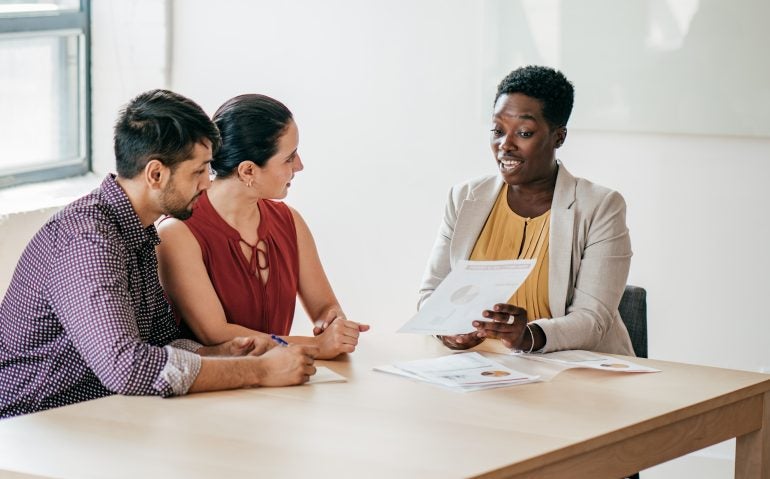 
This story originally appeared on NerdWallet

Checking account fees, minimal savings rates, impersonal customer support. The reasons you might choose to leave a big national bank vary, but where you go next might be a harder decision.

Many of the biggest U.S. banks share many of the same benefits, including large networks of bank-owned branches and ATMs and robust mobile apps. But they also share many of the same drawbacks, such as high overdraft fees and low savings rates. If you want different benefits to better suit your needs, consider one of these four alternatives to big banks.

“Credit unions are built around service, not profit,” says Chris Lorence, executive director at CU Awareness, a division of the Credit Union National Association. “Instead of returning funds as dividends to shareholders, credit unions return profits beyond operating expenses to members in the form of better rates, improved services or access to services.”

Each credit union limits who can join as a member based on certain factors. These factors can include where one lives or works, having a relative that’s a member or even being affiliated with a certain group via a small one-time donation. Those membership requirements mean some credit unions aren’t available to everyone. Another potential downside to credit unions is that they tend to lag in adopting new technologies, such as mobile banking capabilities, that big banks have the means to invest in quicker.

Community banks are smaller financial institutions, as measured by asset size, that focus on specific geographic areas. They provide a vital neighborhood presence for relationship-based banking, especially for mortgages and small-business loans. One in three mortgages in rural areas originated from a community bank or credit union with less than $10 billion in assets, according to a 2018 report by the Brookings Institute. And in parts of the country, a community bank is the only physical bank for miles around and can consider more personalized factors for loans and other accounts than big banks can.

Community banks — defined by the Independent Community Bankers of America as banks with $50 billion or less in assets — issued 4.7 million loans as part of the Paycheck Protection Program for small businesses affected by the pandemic. The loans totaled $429 billion and saved an estimated 49 million jobs, according to an ICBA analysis of data from the Small Business Administration. In addition, community banks processed PPP loans five to 10 days faster than other PPP lenders.

Earlier in the pandemic, “there were so many stories of small businesses that couldn’t get an account at a large bank,” says Chris Cole, executive vice president of the ICBA. Community banks, meanwhile, played “an outsized role in PPP to make sure businesses kept going.”

Like credit unions, community banks also have difficulty keeping up with newer technology used by bigger institutions and online-focused providers.

Online banks are generally national institutions that customers access through websites and typically, but not always, on mobile apps. Because they’re branchless, online banks can pass on savings from not paying for brick-and-mortar locations to customers in the form of minimal fees and some of the highest available savings rates. Some online banks are stand-alone entities and others are online divisions of traditional banks, but either way, customers’ money is insured by the Federal Deposit Insurance Corp.

About 40% of Americans who opened online-only accounts during the first year of the pandemic did so because of their high rates, according to a 2021 NerdWallet study. Interest rates on online savings accounts can be around 0.4% to 0.5% annual percentage yield, which is over 20 times the average rate of 0.02% for the basic savings option at each of the four biggest banks — Chase, Bank of America, Wells Fargo and Citibank. Online checking accounts tend to have no or low overdraft fees compared with those four banks, which charge an average fee of $35 per transaction that puts an account negative.

Going with an online bank means giving up certain services, which can include customer support at a branch, cash deposits, wire transfers and cashier’s checks. In addition, not all online banks offer the same variety of accounts, so be sure you choose one that has the kinds of accounts you need, whether it’s checking, savings or both.

Neobanks are financial technology companies that offer mobile-first banking services, especially low-cost checking accounts with more perks than traditional institutions offer. Neobanks, such as Chime and Current, either partner with a bank to provide their accounts or, in rare instances, become a bank. In either case, neobanks have FDIC-insured accounts that act like regular online bank accounts.

These institutions use technology to provide features that most of the biggest banks and some online banks don’t offer, such as two-day-early access to direct deposits, cash deposits at retailers and more.

“Neobanks are … building lots of money management tools and financial health ideas right into their core banking services from the start,” Brenton Peck, director at the Financial Health Network, said in an email. Some neobanks “carved out a niche by meeting consumers where they were struggling” financially, such as SoFi, which started out as a nonbank student loan refinance company.

Like online banks, neobanks don’t have every service that brick-and-mortar banks do, such as in-person support. And only a few neobanks offer high savings rates. There have also been reports of neobanks, especially Chime, having slow customer support response times and dealing with suspected account fraud by closing accounts abruptly instead of giving sufficient time for customers to respond to claims.

If you’re ready to leave your big bank behind, consider your banking needs — from early access to paychecks to high savings rates — to see if one of these four alternatives is a better fit for you.

The article Tired of Your Big Bank? Consider These 4 Alternatives originally appeared on NerdWallet.