This Pet-Care Company Did for Litter Boxes What Steve Jobs Did for Cell Phones. Now, It’s on a Mission to Become the Apple of Its Industry. 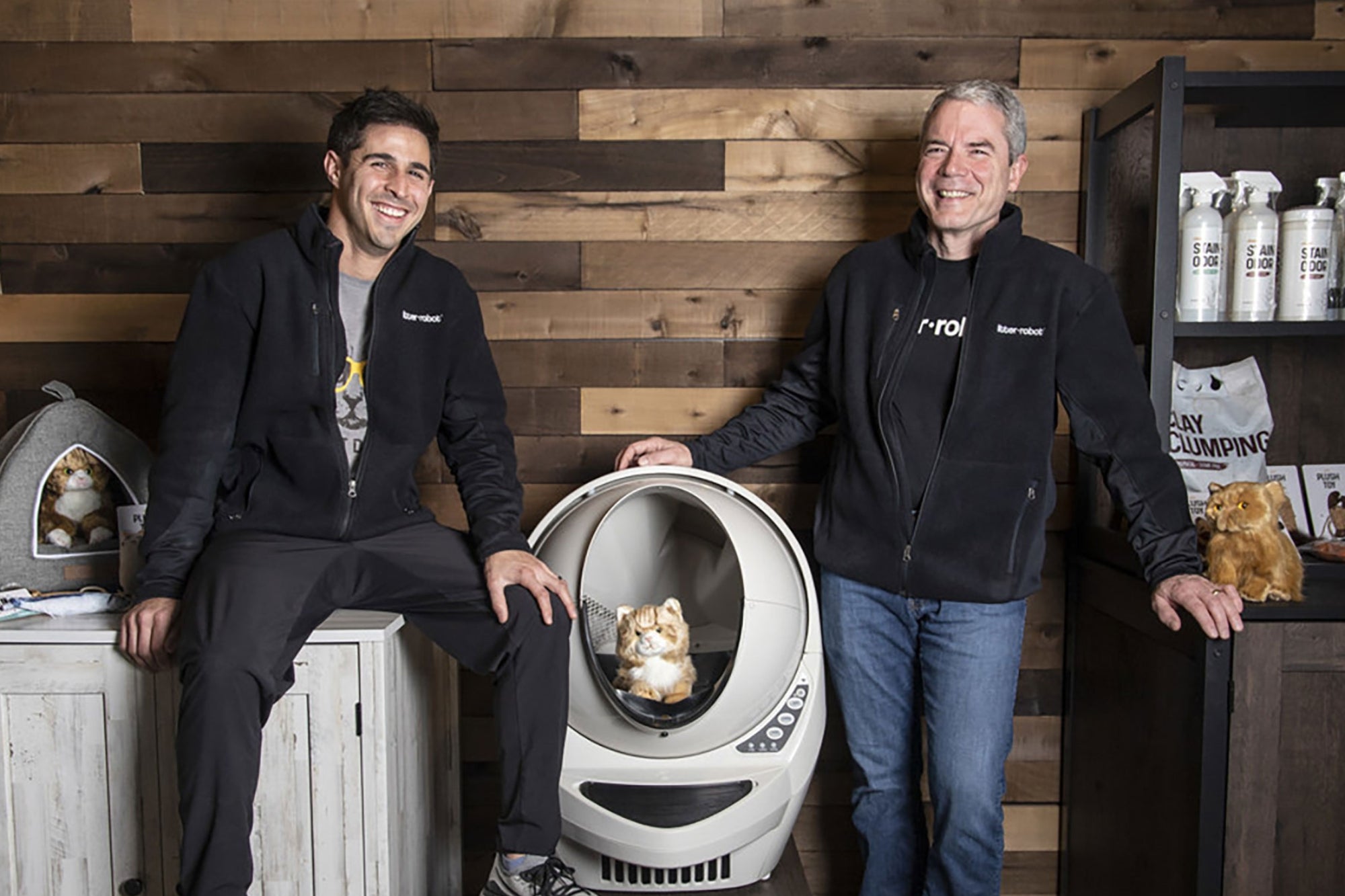 Throughout the pandemic, people spent more time at home than ever before — and more time with their pets. Whether they had dogs, cats or reptiles, owners quickly discovered the pluses and minuses of their new circumstances, which included more quality time with their beloved animals as well as increased exposure to less desirable tasks, like scooping a litter box.

Jacob Zuppke, President and Chief Operating Officer of AutoPets, is proud to say that in the five years he’s had a cat, he’s never scooped a litter box. And it’s not because he’s leaving the unpleasant chore to someone else. It’s because the Litter-Robot by AutoPets, which has become a fast-growing success for the 22-year-old company, eliminates the task completely.

Starting at $499 and up with added features, the Litter-Robot is significantly pricier than the run-of-the-mill, no-frills options. But the product’s price tag reflects its level of innovation — a litter box of equal caliber simply doesn’t exist. “It’s a household appliance,” Zuppke says. “It solves what I would define as the grossest chore in the house. I would much rather take out the trash or do the dishes — other things that appliances solve.”

“There are a lot of problems in the market,” Zuppke says. “The litter box was just one of them. The next one we solved was the cat tree. We felt like the cat tree had a decades-old design: traditional, carpeted, multipronged. So we designed several different cat trees that I would call modern, beautiful furniture. Our cat trees have carpet, sisal, holes and hiding spots — they’ve solved the same core problem of giving your cat a playground, but we’ve done it in a beautiful way.”

Related: 4 Reasons the Pandemic Is a Boon for the Pet Industry

“People, especially in the Millenial age group, are starting to treat their pets the same way they would treat children”

Zuppke cites the pandemic and Millennial purchasing power as factors in the company’s recent explosion. “People, especially in the Millennial age group, are starting to treat their pets the same way they would treat children while also holding off on having children,” he says. “And probably spending a lot of that disposable income on their pets, which really makes our business all the more attractive right now.”

In the past year, AutoPets launched in the EU, U.K. and China, and today, its highest rated products are sold in more than 10 countries worldwide. But the company’s significant influence has gone unrecognized by some. Zuppke notes that many people don’t necessarily associate AutoPets with its most iconic products. Articles often refer to the company’s Feeder-Robot, one of its newer offerings, as “the Feeder-Robot by Litter-Robot.”

Related: Why The $91 Billion Pet Food Industry Is Still Open for Disruption

“We’ve done a great job building our iPhone, but we haven’t stepped back to build an Apple”

Ultimately, AutoPets strives to position itself as the dominant pet-care company — to have it be the first thing consumers think of when it comes to pet-care products, much like they think of Apple when it comes to personal electronics. “We’ve done a great job building our iPhone,” Zuppke says of the Litter-Robot, “but we haven’t stepped back to build an Apple.”

“As a consumer, I love Apple. I’ll buy almost anything Apple,” he continues. “[AutoPets] doesn’t have that as a business. So, we’ve been working on this for a while, and this summer we’ll be launching a rebrand to bring everything under one flagship and really tell our business and brand story in a better way.”

To accomplish its ambitious goal, the company won’t just stress the efficacy and advantages of its products — it will sell a lifestyle, one anchored in the emotional connection people have with their animals. “It’s about what we can do for pet parents,” Zuppke says. “Not scooping a litter box creates a different relationship with my cat. I hear this story all the time with significant others who move in together: One has a cat, and the other doesn’t, then there’s the debate about who’s going to scoop. Or if one significant other is pregnant, all of a sudden the partner inherits the litter-box duty. There’s all these little things that become this emotional tie to the pet, and we need to tell that emotional story. So our rebrand is really designed around that.”

Related: Wild for Animals? Check Out the Top 6 Franchises for Pet Lovers

Right now, AutoPets products are sold in 13 PetPeople locations, on track to be in 30 by the end of the year; the brand resides as a “store within their store.” But the company’s relaunch will include a standalone store for the first time — one that meets the modern-day demands of retail spaces.

“We understand that the world’s changing and that retail now needs to be an experience, not just a shopping center,” Zuppke says. “And that’s what we’re trying to do by building the pet store in the future.”

A standout storefront is another page torn out of Apple’s playbook; you’d be hard pressed to find consumers who aren’t familiar with the tech giant’s glass façades, glowing emblems and Genius Bars. Creating a comparable experience for pet-care consumers is a strong first step, positioning the company as the go-to for all pet-care product needs — and securing its place as a lifestyle brand in the process.

Waterton Lakes National Park has faced many challenges recently, from recovering from the Kenow Wildfire in 2017 and now the last two years of...
Read more

According to a recent survey conducted for the Tire and Rubber Association of Canada (TRAC), two-thirds of Canadian drivers will be staying closer to...
Read more