This Entrepreneur Wants To Revolutionize The Way Teams Operate And Cooperate 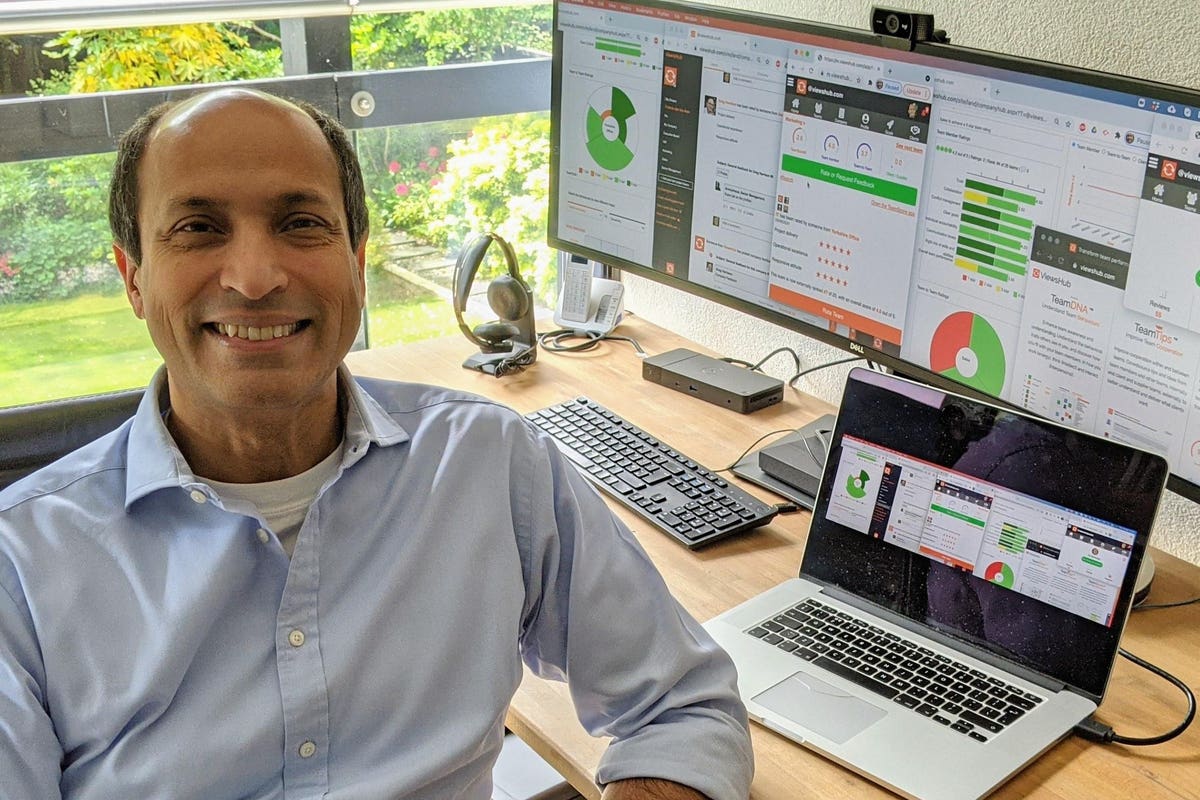 With the sale of RAW Communications in 2004, Ab Banerjee realised his dream of financial independence. But that wasn’t the end of his entrepreneurial endeavors. “I wanted to keep on making stuff,” he says, with his latest business, ViewsHub, trying to revolutionize the way individuals and teams operate.

Banerjee comes from a family of diplomats, but he and his brother were much more focused on science and engineering – mainly because they happened to be good at maths. While he went down the path of engineering, it wasn’t his passion, considering getting into mining for the sole appeal of finding gold.

But Banerjee is a maker: “Ultimately I am an engineer. So I like making products. But I’m a creative engineer. So I don’t just like making a better mousetrap; I like building a whole new category of product, which means I have to be a bit of an evangelical sales person as well.”

Like many entrepreneurs, “at heart, the thing that drove me more than anything else was a desire to achieve financial independence, but also to not feel obliged to have to work for other people.” He undertook an MBA at INSEAD, worked for Pearson helping start a television channel in India, but very quickly he realised that television content was not appealing.

He then moved to the Financial Times, a subsidiary of Pearson, to work on a highly innovative project to create video streaming for financial markets, which was inspired by a conversation with an analyst friend.

“It was really difficult convincing CEOs of listed companies, who were used to having private meetings with their most important audience, to be filmed”, says Banerjee. “I not only had to convince them to get filmed, but to pay for the privilege.”

There was lots of hardware involved, with video servers having to be placed in the comms rooms of clients. As it became so tech heavy, the FT didn’t want to carry on with it, so he decided to go it alone and RAW Communications was born.

While he found it relatively easy to get seed funding from 3i, without the FT brand behind him, “suddenly I was just Ab Banerjee”… “It was a moment when I had to prove myself all over again.” The turning point came when he asked leading institutional investors already working with him to write to the CEOs of FTSE 100, FTSE 250 and S&P 500 asking them to use RAW.

He grew the company to around 150 people, then sold it in 2004 to Thomson Financial (now Thomson Reuters). But in the process of scaling the company the seeds for his latest venture were being planted. With a large team, he wanted to understand how to better manage talent and teams.

“There is a general plateauing of productivity within organizations,” says Banerjee. “Especially as organizations get larger and larger you get more friction. You get a silo mentality where one department doesn’t talk to another department.”

ViewsHub is a platform that lets you see how you compare to show how individuals fit within a team, as well as across teams, which was inspired by a conversation with people at Google. It’s designed to create conversations and is designed to nudge you into coming up with constructive feedback.

“Most people need to be told how they’re perceived,” says Banerjee. But he doesn’t think every company can adopt the radical transparency of Bridgewater Associates’s Ray Dalio. After all, most businesses aren’t high-performance hedge fund-type businesses. But the other extreme of never giving negative feedback doesn’t help people correct course, either. “You have to take elements from both to optimise the environment,” he says.

“There are very few tools to help us have better empathy within our corporate environments,” Banerjee says. He thinks training courses are only useful up to a point. Instead, he thinks there needs to be a systems-based solution.

In building a platform to promote constructive feedback, it sounds like, in a way, Banerjee is following in the footsteps of his diplomat family. And perhaps if he proves himself in solving silos in the corporate world, governments will pick it up as a way to reduce internal and external frictions.