There Is A Brand New Trademark Law In Effect. Should You Care? 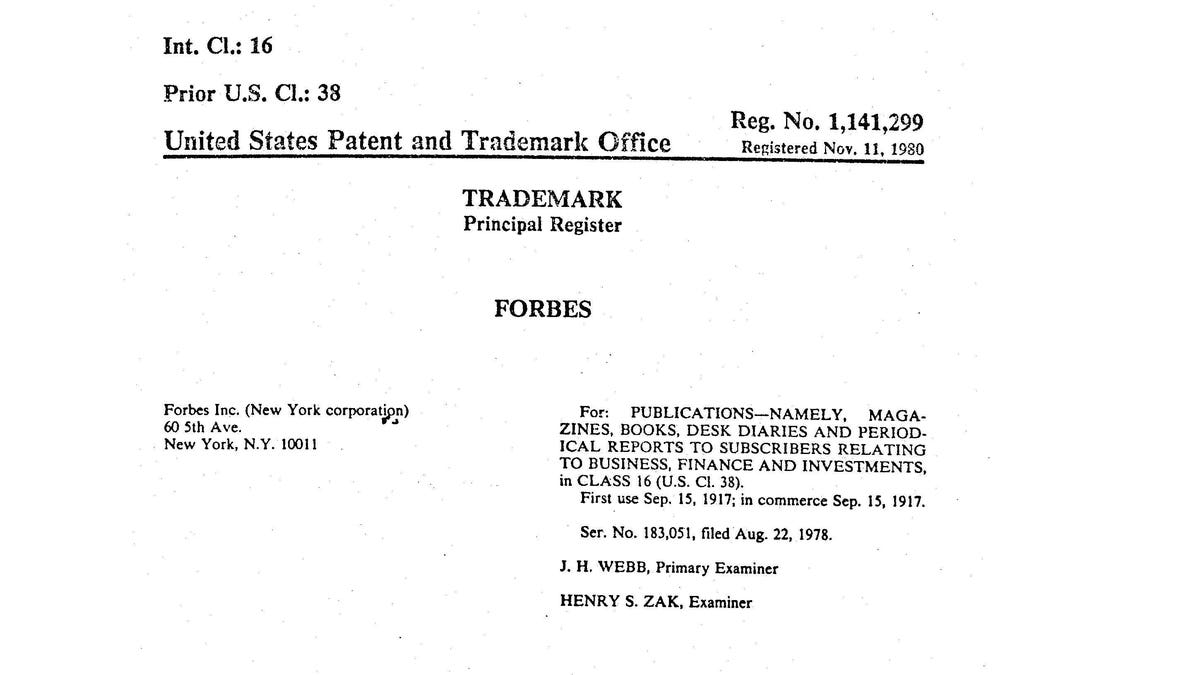 There are two types of changes. Here’s what the U.S. Trademark Modernization Act means to businesses, including start-ups, and their brands. Most of the new provisions are effective on Saturday, December 18, 2021.

·        One set of changes is strictly about what happens within the Trademark Office, including new steps for the application process, and a new way to get rid of someone’s mark if you want to cancel it.

·        These kinds of changes are not as critical as past revisions to the Trademark Act. Prior modifications made it much easier for U.S. companies to file applications in other countries.

·        Why these changes? Congress said that there has been a “recent rise” in fraudulent trademarks, which strain “the process.”

·        Are these changes profound? Probably not. However, some changes take new and bold steps to modify the federal trademark application and registration process.

·        These changes lock in methods to challenge another company’s trademark application, even before the Trademark Office has approved a mark. They also create a new, simplified procedure to eliminate marks which no are no longer being used.

The new rules have the potential to create a more complicated path to registration. In practice, the change could evenly benefit both large and small enterprises. For smaller enterprises, an early chance to convince the Trademark Office to refuse a mark can save significant legal time and effort down the road, and help a smaller company sidestep a long and possibly unaffordable fight with a larger competitor. On the other hand, larger companies with more defined and better-funded trademark legal teams may be more likely to be monitoring newly-filed trademark applications, and can use the Letter of Protest process to sidetrack new applications. Smaller entities are usually much less likely to have in place these sorts of proactive steps which permit them to identify problematic trademark applications early enough in the filing process to make the Letter of Protest rules work in their favor.

It remains to be seen how much the Trademark Office will liberalize its practices, and permits these early challenges to become more complex.

Perhaps the most interesting new procedures are the ones which allow a party to anonymously seek to cancel an existing registration on the basis the mark has not been used. This takes direct aim at marks registered by non-U.S. companies which can rely on international treaties to get their marks registered in the U.S. Patent and Trademark Office, even if they have no use in this country. U.S. companies, on the other hand, must have use of their mark in order to get U.S. registration.

International treaties have been a thorny issue for trademark owners going back to the early days of our trademark laws, and were made more complicated by court decisions beginning in the 1980s, where non-U.S. entities did not have to meet the same standards as U.S. companies or submit evidence of use of their marks in interstate commerce. One idea behind the new rules was to level the playing field in instances where foreign countries do not require U.S. companies to use their marks in their jurisdictions. These changes are trying to strike a balance between our treaty obligations in international commerce, and the principle of “use it or lose it” which has generally been the cornerstone of our American trademark law.

There is now a three-year window after which any interested party can ask the U.S. Trademark Office to require any owner of a U.S. trademark registration to prove they have used their mark in the United States. If no proof exists, the registration can be cancelled. This is called “expungement.” While the provision sounds punitive, the United States has never favored allowing parties to reserve rights in a trademark which it has not used.

There are a number of housekeeping changes that also come with the new law, but they are more about procedural things like appointment of a trademark lawyer, and timing, and fees to respond to examination and registration requirements, than actual trademark rights.

What could end up being as important as any of the law changes is the provision which takes us back to the future. It has nothing to do with the Trademark Office. It has to do with what happens when you are in litigation. A party which shows a court that it is likely to win an infringement case will be entitled to an injunction. Often, this is the case anyway, but the new law actually makes official what was for years the procedure (even though it had changed in recent years). If you end up in litigation, this strengthens not only rights of trademark owners, but gives you a stronger case when an infringer has to consider the consequences of its actions.

If the past is a guide, it is going to take 12 to 18 months to see how much the changes will shake up the process.

FIFA World Cup: Canada leaves Qatar without a point after 2-1 loss to Morocco

Canada dug itself an early hole Thursday and couldn’t find a way out despite a late surge, exiting the World Cup winless for the...
Read more