The U.K.’s Economic Recovery Slowed in the Third Quarter 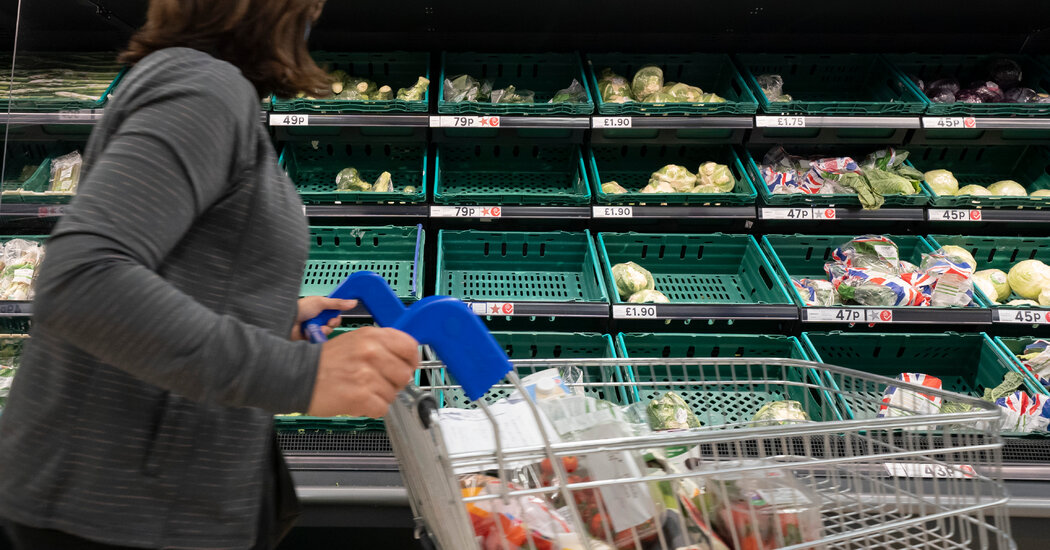 The British economy’s recovery slowed through the summer, delaying its return to its prepandemic size as supply shortages hampered businesses and exports declined.

Gross domestic product grew 1.3 percent in the third quarter, down from 5.5 percent in the previous three months, the Office for National Statistics said on Thursday. The growth was driven by spending on services, especially in hotels, restaurants and entertainment as the last of the major pandemic restrictions were lifted in July and people vacationed in the country. A return to in-person doctor appointments also boosted the growth data.

But the recovery was weaker in other sectors. Retail sales fell as well as car sales because of the global shortage of semiconductors. Supply chain disruptions and bottlenecks have held back growth in Britain and are expected to last longer than previously anticipated. It’s a problem afflicting other countries, including Germany. There have been backups at Britain’s ports and difficulties distributing goods.

The changes to migration and trade because of Brexit, including fewer European Union workers and a stricter customs regime, have exacerbated the supply bottlenecks, according to the Office for Budget Responsibility, which provides independent forecasts for the British government.

Exports fell nearly 2 percent over the previous quarter, partly because of a decline in the export of transport equipment and machinery.

Britain’s “unique Brexit-related issues,” including additional customs paperwork, food safety checks and hurdles to tariff-free trade with the European Union, its biggest trading partner, “no doubt amplify the port and transport challenges,” Kallum Pickering, an economist at Berenberg Bank, wrote in a note to clients.

The slowing momentum in the world’s recovery from the pandemic has led to downgrades of global and British growth forecasts. The Bank of England said last week that the British economy would grow 7 percent this year, reducing its forecast by a quarter percentage point. It cut a whole percentage point off growth for 2022 — to 5 percent — as supply disruptions are expected to weigh on the economy until late in the year and the annual inflation rate is forecast to climb to about 5 percent in the spring.

The Bank of England said it would probably need to raise interest rates in the coming months as prices climbed, but it is waiting for more official data on what has happened in the labor market after the end of the government-sponsored furlough program in September. The central bank said that more than a million jobs were benefiting from the program as it ended and that there might be a small increase in unemployment now that those payments were over. The bank has to balance taming inflation without putting the recovery off course with tighter monetary policy.

As the recovery is expected to continue to slow, the National Institute of Economic and Social Research warned this week that British households will be “painfully squeezed” as prices rise, fiscal stimulus is reduced and tax increases come into force in April. The London institution also said the number of households that can’t afford basic necessities could double because of a cut to a major government benefit program.

Police investigating a suicide bombing that killed more than 100 people at a Pakistan mosque said on Tuesday that several people had been arrested,...
Read more