The Ten Books Every Keynote Speaker Should Read 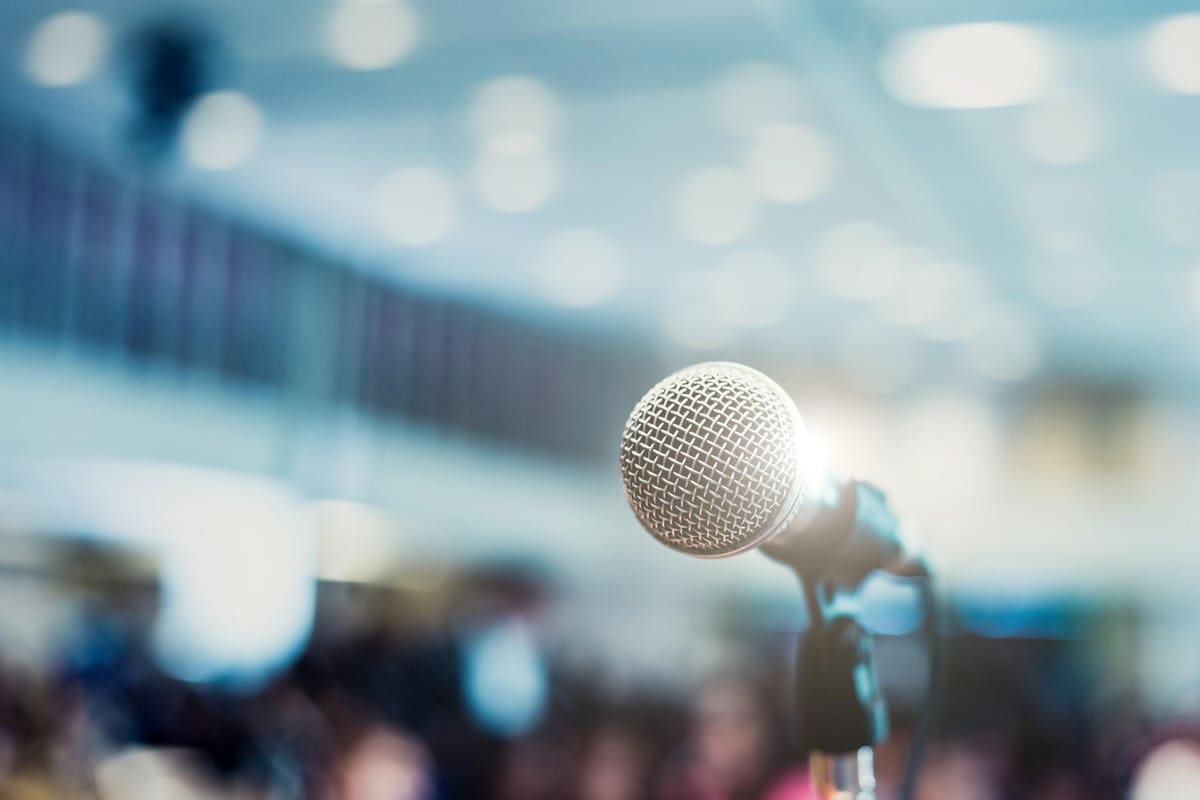 I’m looking forward to getting back on the speaking circuit. This season of preparation has given me the opportunity to review the books that have helped me develop my messages and style.

Simultaneously, I am aware of an increasing number of entrepreneurs and consultants who have begun focusing on virtual speaking rather than attending in-person events. Many of these folks have decided that travel and overnight stays take them away from their businesses for more time than they’d like. The rise of virtual speaking has resulted in more entrepreneurs and leaders in my network being open to professional speaking.

I’m often asked which books I’d recommend for people wanting to become public speakers or even established keynote speakers, so I’ve listed below the ten books I consistently recommend to people who are looking to take their speaking skills to the next level.

1. The Referable Speaker: Your Guide to Building a Sustainable Speaking Career — No Fame Required by Andrew Davis and Michael Port

According to Davis and Port, the essential transformation to becoming a successful public speaker doesn’t show up in the number of social media likes, the development of applause lines, or even the number of paid bookings. Instead, the first and most important transformation will be you. By avoiding success strategy cliches and focusing instead on retooling the mind, Davis and Port seek to help established speaking voices rise to the next level and become, well…referable.

2. Born Standing Up: A Comic’s Life by Steve Martin

This is not intended to be a comedy masterpiece filled with laugh-out-loud punchlines. Sure, it’s a memoir, but it’s also an insightful journey into the mind of a master presenter. Steve Martin reveals exactly how he came to deliver a stand-up comedy routine that stood out in an era that craved something unique. He also helps the reader understand why, at the very pinnacle of his arena-filling success, he made the perplexing — and permanent — decision to walk away.

3. Don’t Take Yes for An Answer: Using Authority, Warmth, and Energy to Get Exceptional Results by Steve Herz

Okay, the title sounds like this is a book specifically written for salespeople. It’s not. While Herz doesn’t focus on professional speaking, he does focus on how to hone the three things that make anyone a more sought-after professional: authority, warmth, and energy. Herz doesn’t shy away from sharing the hard lessons of failure but encourages readers that small tweaks make all the difference. This is a masterclass on the soft skills and hard feedback every speaker must master.

Tamsen Webster has built a career on helping other people achieve their dreams and this just might be her best effort to date. In Webster’s model, your “red thread” is the crucial link between the great idea you carry around in your head and the hearts and minds of others. The idea is not to construct something artificial, but rather to locate individual authenticity and leverage it for better communication. The book is short, but don’t let Webster’s ability to be concise fool you. This is a book you will want to keep close at hand and buy for others.

Many leaders and managers grossly underestimate the value of the well-formulated question. According to the author, they are also far less curious than they should be. These two common attributes hinder any leader’s ability to engage with others and use fact-finding missions to develop their thinking more thoroughly prior to handing down C-suite fiats. Adherents to Stainer’s methods not only make better decisions but also instill greater loyalty.

6. Steal the Show: From Speeches to Job Interviews to Deal-Closing Pitches, How to Guarantee a Standing Ovation for All the Performances in Your Life by Michael Port

Professional speakers tend to view “showtime” as that moment when they step onto the stage and move toward a lectern. While that’s certainly true, Port encourages readers to think deeper and apply proven techniques to everyday speech…all of it. Whether you are naturally gregarious or more introverted, Port’s methodology will help you speak more clearly in all settings. “Stealing the show” is something that can take place at a huge indoor arena or at the home breakfast table.

Adam Grant doesn’t want you to think harder about the things you already know. Instead, he wants you to unlearn what you think you know as a means for uncovering new ideas. In a world of confusion and counter-narratives, staying open to ideas has become more challenging than ever. Grant helps readers tease out the underlying assumptions that undergird “settled” ideas so that each can be evaluated in turn.

8. Every Tool’s a Hammer by Adam Savage

As the former co-host of Mythbusters on The Discovery Channel, Savage has a proven track record of understanding how things actually work. This book on creativity helps the reader understand that there’s a lot more going on in the creative process than tools and raw materials. In short, true creativity is an adventure upon which the whole person must embark.

9. Made to Stick: Why Some Ideas Survive and Others Die by Chip Heath and Dan Heath

What makes an idea stick? It’s not the truth or merit of what’s being said, that much is certain. For public speakers hoping to make an impression, it’s common knowledge that an in-person event can be exhilarating but attendees struggle to recall what the main point was two days later. Anyone who works in the fields of education and communication can benefit from the insights offered by Chip and Dan Heath.

10. Everybody Writes: Your Go-To Guide to Creating Ridiculously Good Content by Ann Handley

I’ve found that writing well and speaking well go together hand-in-glove. The ability to accurately and concisely convey ideas is central to both, and Handley’s advice will help anyone become better at picking and choosing the right words for the right venue. In an era of word and character counts on social media platforms, this is a critical skill for all of us to master.