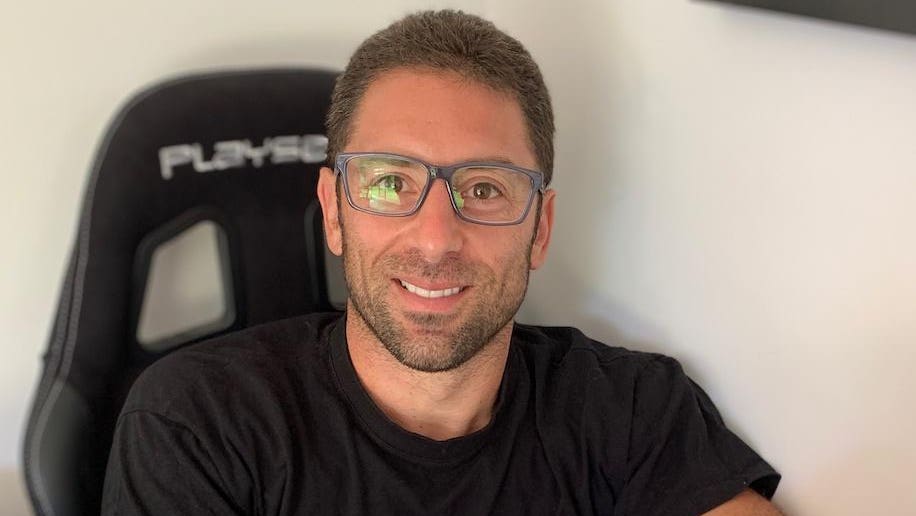 Esports has been transformed from a thriving niche to mainstream entertainment in the space of just a few years. Around 474 million people around the world will be watching esports events this year, while global revenues are expected to reach $1.1 billion by the end of 2021.

However, one esports organization is looking to do more than just cash in on this global phenomenon by positioning esports as a force for good, and running campaigns around issues such as racism, knife crime, diversity, nutrition, loneliness and education.

Founded in 2018 by Oliver Weingarten, LDN UTD unites professional esports and grassroots gaming with healthy lifestyle and social issues. “Esports can be much more than just entertainment,” he says. “We have young people’s attention, and we need to use esports as a platform to help change the world.”

A former Premier League and Formula One Teams Association executive, Weingarten had become increasingly involved in sports tech, VR and gaming, and was fascinated by the growth of esports. Determined to do his due diligence he headed to Wembley Arena one Friday afternoon for the CS:GO tournament finals, his first proper esports event, and admits to being blown away by the experience. He says: “When Wembley Arena is sold out on a Friday afternoon, with families and Gen-Zs, you have to sit up and take notice.”

It fueled his ambition to work in the esports space full time, but only on the basis that he could create a business that was both financially successful and have a social purpose at its core.

“I’m passionate about helping others, and I realized there was no better vehicle for doing this than esports,” says Weingarten. “I created LDN UTD as a purpose-driven organization that works with stakeholders not normally associated with gaming or esports, to raise awareness on key issues amongst the hard-to-engage gaming demographic.”

Covering four esports titles, LDN UTD has a variety of content creators as well as grassroots teams in Wild Rift and League of Legends and professional rosters for Valorant, Fifa, and Fortnite. One of their Valorant pros, Ondřej ‘Monsteerr’ Petrů recently transferred to the Spanish professional esports organization Team Heretics for an undisclosed sum.

“The U.K. has some incredible esports talent, particularly in Call of Duty, Fortnite and FIFA,” says Weingarten. “Our model is to discover, nurture and educate talent by harnessing the popularity of the relevant gaming title.”

At the heart of everything they do is a desire to make a positive impact on society, targeting the toughest of all audiences to reach, Generation Z. In launching his esports brand Weingarten began seeking out opportunities to work with credible partners and encouraging other brands to align with this vision. In May LDN UTD partnered with the Rio Ferdinand Foundation to host a ‘UTD Against Racism’ FIFA21 tournament, which addressed the issue of racism and equality in the sports and gaming industry.

Other impactful campaigns have included #GrimeAgainstKnives, which took place at Lewisham Shopping Center in London, where the team worked with a grime artist and the local police to showcase a proof of concept that an esports event could be used to engage uniquely with disenfranchised youths.

Like all esports businesses, LDN UTD was hit hard by the pandemic. A series of physical events to find grassroots gamers, that would have generated significant revenue, had to be  postponed. As a result the business had to pivot and worked exclusively online to provide coaching, mental and physical wellness and nutritional support, which reduced its turnover for the last financial year to around £100,000.

With plans for a £5 million fundraising round underway, the prospect of a return to holding physical events thanks to the easing of Covid-19 restrictions, and plans for global expansion, the business is forecasting an ambitious turnover of £40 million within the next five years.

The organization has several more events planned, including a safeguarding campaign with the NSPCC, and a health and wellbeing campaign, working in partnership with the Mayor of London. A Centre of Excellence, due to open later this year, will be an all-inclusive community venue for developing local gaming talent and content creators, and the team is working with outreach partners to offer internships.

Ultimately Weingarten envisages a natural expansion of the LDN UTD model to major cities around the world, and in the same vein as David Beckham’s Guild Esports, doesn’t rule out the prospect of an IPO. But, what he would really like to see is a shift change across the esports sector towards a stronger social conscience.

He says: “We are seeing more organizations starting to embrace the notion of social responsibility, but while it’s very easy to say, it can be incredibly difficult to do authentically. With our philosophy of esports for good, I’d like to think we are leading the way.”