The Consulting Firm Billionaires Turn to When They Give Away Money 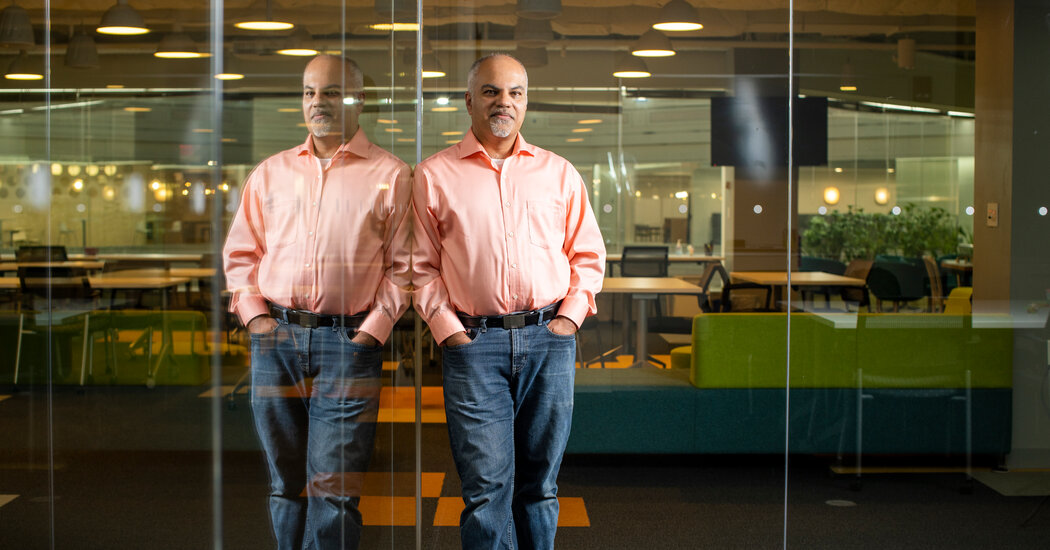 A little-known organization called the Bridgespan Group is guiding the philanthropic choices of many leading donors, including MacKenzie Scott.

MacKenzie Scott stepped out of the long shadow of her former husband, the Amazon founder Jeff Bezos, by handing out billions of dollars in grants over the past two years to charities, community colleges, food banks and progressive nonprofits led by people of color.

Advising her was a team of consultants at a firm that is hardly known outside philanthropic circles but highly influential within them, the Bridgespan Group.

Spun out of the consulting firm Bain & Company as a nonprofit, Bridgespan is one of a host of groups that arose in the early 2000s as a new wave of giving led by tech billionaires was beginning to crest. Two decades later, the consultants working behind the scenes are more important than ever.

Ms. Scott pulled back the curtain a bit in June when, among the 286 groups receiving more than $2.7 billion in donations, were a host of organizations that are basically the plumbing and wiring of the nonprofit world. Among them were the Center for Effective Philanthropy, Charity Navigator and Bridgespan itself, which said it would use its gift mainly to pursue research meant to benefit the sector as a whole.

“We work with the nonprofits on classic kinds of strategic issues, getting clarity on what they’re trying to do, putting their resources to work,” said Imtiyaz Hussein, who goes by Taz and is a Bridgespan partner who leads the group’s nonprofit advising practice. “I frame the heart of what we try to do as providing decision-making support for organizations.”

Proponents say the advisers make the field more effective. Critics question whether consultants, even at nonprofits with good intentions, are the right solution for the charitable sector.

“The tool kit of the consulting business is based on crunching massive amounts of quantitative data and analyzing it. What it’s bad at understanding is human life,” said Anand Giridharadas, author of “Winners Take All: The Elite Charade of Changing the World,” and who early in his career worked for the consultant McKinsey & Company.

“I think these folks, whether they’re well-meaning or not, find it hard to leave their vocation and worldview and basic frameworks at some kind of coat check,” Mr. Giridharadas added.

Bridgespan may not be a household name but its reach in philanthropic circles is significant. The group advises the biggest names in the field: the Bill and Melinda Gates Foundation, the Ford Foundation and the Rockefeller Foundation on the philanthropy side and the YMCA of the USA, the Salvation Army and even the Sesame Workshop on the nonprofit side.

And for donors looking to outsource overhead while still giving responsibly, consultants fill the gap between Jack Dorsey’s spreadsheet of gifts and a full-blown foundation with offices on Fifth Avenue.

“Bridgespan occupies a unique perch in the landscape of professional-services organizations serving foundations and high-net-worth families,” said Darren Walker, the president of the Ford Foundation. Mr. Walker, who has worked with Bridgespan since he was with the Abyssinian Development Corporation two decades ago, said no firm had been more influential in the past 20 years.

When a group of billionaires and scholars gathered last year to brainstorm reforms for the charitable sector, they met at Bridgespan’s offices in New York. When the Open Society Foundations, by most measures the second-biggest foundation in the United States after Gates, recently began a significant restructuring, it brought in Bridgespan. And, of course, there is Ms. Scott, who shook up the world of philanthropy with donations of more than $8 billion in 11 months.

But some philanthropy experts say relying on consultants can skew which groups get the most funding. “Consultants at places like Bridgespan are setting the menu of what philanthropists can and should do,” said Megan Tompkins-Stange, an assistant professor of public policy and scholar of philanthropy at the University of Michigan. “The organizations that are stamped with the managerial brand are more likely to get funding.”

Bridgespan was started in 2000 by three men with ties to the for-profit management consultant Bain & Company, including Bain’s then-worldwide managing partner Thomas Tierney. The founders received $1.3 million from the consulting firm and $5.5 million from a group of foundations to see if a dedicated nonprofit could do a better job than for-profit consultants dabbling in pro bono work.

Bridgespan got its start during an era of “venture philanthropy” and “philanthrocapitalism.” In essence, the billionaires knew best and they were going to bring their vaunted analytic practices to the world of nonprofits. A whole crop of groups came up at around the same time, Rockefeller Philanthropy Advisors, the Center for Effective Philanthropy and the consultants FSG among them. (All received funding from Ms. Scott in her last round of giving.)

Bridgespan itself received a gift from Ms. Scott. Bridgespan’s latest tax filing for the year 2020 showed contributions and grants leaping to $74.7 million from $12.5 million the year before, nearly doubling the group’s total assets as of the end of last year. Bridgespan said the increase reflected a five-year capital campaign with multiple donors and not just Ms. Scott’s grant.

Giving away money used to be approached as a distinct enterprise from making money. The strategies, language and reams of analytics do not always translate to the nonprofit world, where “return on investment” could be harder to quantify.

What was different from other firms his nonprofit worked with, he said, was Bridgespan took his “brutally honest” feedback to heart. In turn, they persuaded him to abandon the bidding wars and ask for more money, trusting the donors to respect his candor.

Attitudes toward billionaire philanthropy shifted after the Great Recession, with populists on the left and right more suspicious of the ultrawealthy. Yet management consulting for philanthropists and nonprofits continued to thrive. That is partly because the pie keeps growing.

From 2000 to 2018, assets held by private foundations more than doubled, according to the research group Candid, to $950 billion from $421 billion. Total giving tripled over the same period, the most recent for which complete data is available, rising to $72 billion from $23 billion, according to Candid, which also received a grant from Ms. Scott.

Instead of establishing big foundations, many of the richest Americans now want to use limited-liability companies, like Laurene Powell-Jobs, and donor-advised funds, which Ms. Scott has used for some of her gifts.

“Bridgespan seems exceptionally able and well-disposed to take advantage of the shift from big family foundations to L.L.C.s that don’t want staff but are still giving away a huge sum of money,” said Rob Reich, co-director of the Center on Philanthropy and Civil Society at Stanford University.

Groups like Bridgespan can also step into the gap and serve as outsourced staff for new foundations finding their footing.

In March, the recently formed Asian American Foundation had just five full-time employees. After the killing of eight people at Atlanta-area spas, six of Asian descent, the group was inundated with pledges and commitments, including millions more from prominent board members including Joseph Tsai, owner of the Brooklyn Nets, and a further $1 billion committed to their cause by foundations, corporations and individuals in an eight-week period.

Mr. Hussein of Bridgespan served as an informal adviser, joining calls with board members.

The foundation brought on a team from Bridgespan full time over the summer. “My ask of them was understanding what is happening in the field and what are things we should be paying attention to. Where were the gaps?” said Sonal Shah, the foundation’s president. The Bridgespan team provided a thorough analysis of Asian American and Pacific Islander organizations in the United States.

“I think it was over a four-week period, which is not a small thing to do in a month,” Ms. Shah said.

That was not the case in the group’s early days, said Mr. Walker, of the Ford Foundation.

“When I first met Bridgespan, it was primarily white men at the top and that’s not a surprise given their origin,” Mr. Walker said. “I had a Zoom call with the Bridgespan team on a matter last spring and a majority of the people on the little Hollywood Squares on the Zoom were people of color and women.”

Both Mr. Walker and Jeff Bradach, one of Bridgespan’s founders, used the word “journey” to describe the group’s embrace of diversity and inclusion as central tenets of the work. Mr. Bradach, who was managing partner until October, when he stepped down from the top post, stressed in an interview that this was still a work in progress and that Bridgespan had made mistakes in the past.

For instance, one of Bridgespan’s big pushes was for donors to make “big bets” rather than spreading the money around. But that standard tends to favor big institutions. “If in your criteria, you say, ‘We only fund people that do random control trials,’ if you have these barriers to capital on general operating support, then a whole bunch of organizations led by people of color have actually never been given the money to do that,” Mr. Bradach said.

Ms. Scott has made it a priority to give to such previously underfunded groups. But she has no website or headquarters or way to apply for grants, leaving groups scrambling for a way to get on her radar. People in the field noticed, for instance, that Bridgespan has advised the YMCA and Ms. Scott gave grants to YMCA’s across the country last year.

While avoiding directly discussing Ms. Scott’s giving per company policy, Mr. Bradach rejected the notion that nonprofits could work with Bridgespan as a way of getting the attention of the big donors they advise. Mr. Bradach said that just 5 percent of the nonprofits that Bridgespan’s philanthropic clients gave to were also Bridgespan clients.

In that 5 percent of cases, Bridgespan policy is to tell the donor that it also represents the nonprofit. The notion among nonprofits that they could cozy up to Bridgespan and then receive huge sums from Ms. Scott is wrong, Mr. Bradach said, and also betrays a misunderstanding of how much sway Bridgespan has over the donors who seek its help. “It’s not,” he said, “a black box that they’re kind of scratching their head going, ‘I can’t wait to see what comes.’”