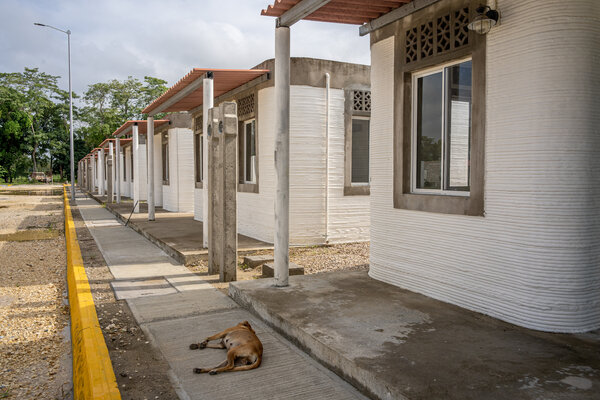 This year, technology companies stepped up on housing and criminal justice — with a dash of whistle-blowers mixed in.

In the tech industry, 2021 was a year of profits and pivots.

Thanks in part to the pandemic and the digitization of our lives, all of the big tech companies got bigger. Facebook changed its name to Meta, Jeff Bezos went to space, Jack Dorsey left Twitter and Silicon Valley fell harder for crypto.

Every December, partly to cheer myself up after a year of covering tech’s scandals and shortfalls, I use this column to lift up a handful of tech projects that improved the world during the year. My criteria are somewhat loose and arbitrary, but I look for the kinds of worthy, altruistic projects that apply technology to big, societal problems, and that don’t get much attention from the tech press, like start-ups that are using artificial intelligence to fight wildfires, or food-delivery programs for the needy.

Especially at a time when many of tech’s leaders seem more interested in building new, virtual worlds than improving the world we live in, it’s worth praising the technologists who are stepping up to solve some of our biggest problems.

So here, without further ado, are this year’s Good Tech Awards.

To DeepMind, for cracking the protein problem (and publishing its work)

One of the year’s most exciting A.I. breakthroughs came in July, when DeepMind — a Google-owned artificial intelligence company — published data and open-source code from its groundbreaking AlphaFold project.

The project, which used A.I. to predict the structures of proteins, solved a problem that had vexed scientists for decades, and was hailed by experts as one of the greatest scientific discoveries of all time. And by publishing its data freely, AlphaFold set off a frenzy among researchers, some of whom are already using it to develop new drugs and better understand the proteins involved in viruses like SARS-CoV-2.

Google’s overall A.I. efforts have been fraught with controversy and missteps, but AlphaFold seems like an unequivocally good use of the company’s vast expertise and resources.

To Upside Foods, Mosa Meat and Wildtype, for pushing lab-grown meat toward the mainstream

People love eating meat. But the industrial-farm system that produces the vast majority of the world’s meat supply is an ethical and environmental disaster, and plant-based substitutes haven’t caught on widely with carnivores. Hence the importance of cultured meat — which is grown from cells in a lab, rather than taken from slaughtered animals — and which might be tech’s answer to our global meat addiction.

Despite more than a decade of research and development, cultured meat is still far too expensive and hard to produce. But that may be changing soon, thanks to the efforts of dozens of start-ups including Upside Foods, Mosa Meat and Wildtype.

Upside Foods, formerly known as Memphis Meats, opened a 53,000-square-foot plant in California this year, and announced it had figured out a way to grow cells into meat without using animal components.

Mosa Meat, a Dutch cultivated-meat start-up, announced major breakthroughs in its technology, too, including a method of growing animal fat that is 98 percent cheaper than the previous method.

And Wildtype, a San Francisco start-up that is producing lab-grown seafood, released a new, cell-based salmon product this year that is getting good reviews in early tests, even though it hasn’t yet been approved by the F.D.A.

To Recidiviz and Ameelio, for bringing better tech to the criminal justice system

Recidiviz is a nonprofit tech start-up that builds open-source data tools for criminal justice reform. It was started by Clementine Jacoby, a former Google employee who saw an opportunity to corral data about the prison system and make it available to prison officials, lawmakers, activists and researchers to inform their decisions. Its tools are in use in seven states, including North Dakota, where the data tools helped prison officials assess the risk of Covid-19 outbreaks and identify incarcerated people who were eligible for early release.

Ameelio, a nonprofit start-up founded by two Yale students and backed by tech honchos like Jack Dorsey and Eric Schmidt, is trying to disrupt prison communications, a notoriously exploitative industry that charges inmates and their loved ones exorbitant fees for phone and video calls. This year, it released a free video calling service, which is being tested in prisons in Iowa and Colorado, with plans to add more states next year.

To ICON and Mighty Buildings, for using 3-D printing to address the housing crisis

When I first heard about experimental efforts to 3-D print houses a few years ago, I dismissed them as a novelty. But 3-D printing technology has improved steadily since then, and is now being used to build actual houses in the United States and abroad.

3-D printing houses has several advantages: It’s significantly cheaper and faster than traditional construction (houses can be 3-D printed in as little as 24 hours) and can be made using local materials in parts of the world where concrete is hard to come by.

ICON, a construction technology company based in Texas, has 3-D printed more than two dozen structures so far. Its technology was used to print homes in a village in Mexico this year, and the company plans to break ground next year on a development in Austin, Tex., that will consist entirely of 3-D printed houses.

Mighty Buildings, based in Oakland, Calif., is taking a slightly different approach. It sells prefab home kits consisting of 3-D printed panels that are made in a factory and assembled on-site. Its homes are powered by solar panels and loaded with energy-efficient features, and it recently struck a deal to 3-D print 15 houses in a subdivision in Rancho Mirage, Calif.

Our national housing crisis, it should be said, is not primarily a tech problem. Bad zoning and tax laws, NIMBY protectionism and other factors have played a part in making housing unaffordable for many. But it’s comforting to know that if and when local and state governments get their acts together and start building more housing, 3-D printing could help speed up the process.

To Frances Haugen and the Integrity Institute, for helping to clean up social media

Few tech stories made as big an impact this year as the revelations from Frances Haugen, the former Facebook product manager turned whistle-blower who was the main source for The Wall Street Journal’s blockbuster “Facebook Files” series. By making public thousands of documents detailing internal Facebook research and discussions about the platform’s harms, Ms. Haugen advanced our collective knowledge about Facebook’s inner workings, and her congressional testimony was a landmark moment for tech accountability.

And an honorary mention to MacKenzie Scott, for becoming the world’s fastest philanthropist

Ms. Scott, who got divorced from Jeff Bezos in 2019, is not a tech founder or a start-up maven. But she is giving away her Amazon fortune — estimated to be worth more than $50 billion — at a pace that makes other tech philanthropists look like penny-pinchers.

She donated more than $6 billion in 2021 alone to a host of charities, schools and social programs, an astonishing feat for an individual working with a small team of advisers. (For scale, the entire Gates Foundation gave out $5.8 billion in direct grants in 2020.)

And unlike other donors, who splash their names on buildings and museum wings, Ms. Scott announced her gifts quietly in a series of understated blog posts. Let’s hope that in 2022, more tech moguls follow her lead.