Tallying the Cost of Growing Older 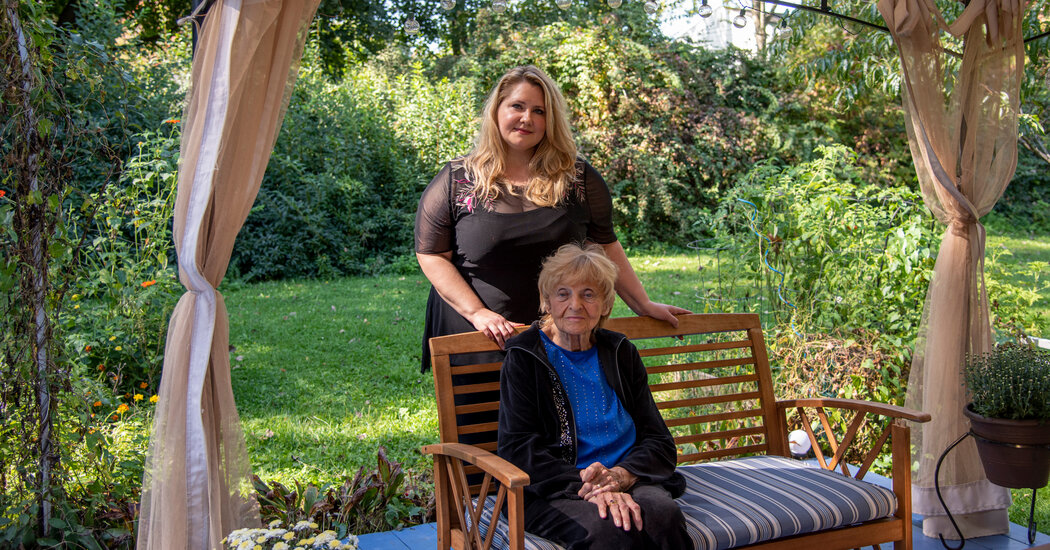 Researchers have been studying how much care American adults will require as they age, and for how long.

Say you’re a 65-year-old looking ahead, wondering about your health and your finances, pondering what life might be like in 20 years.

You might get lucky, like Susan Green, a retired social worker. At 82, she enjoys hiking, golfing and cross-country skiing (although she has given up downhill) with her husband in Ketcham, Idaho. The only assistance they need: a weekly housekeeper.

Or you might be as fortunate as Sally Dorst, also 82, a retired magazine editor who lives on the Upper West Side in Manhattan. A committed museum visitor and concertgoer (we couldn’t talk the first time I called because Ms. Dorst was attending the New York City Ballet’s reopening performance), she manages personal care and household tasks on her own, including toting heavy bags of litter home for her two cats.

“I’ve always been pretty independent,” she said. “The only thing I need help with is that my ceilings are so tall that I can’t reach them.” (Her building superintendent replaces burned-out bulbs for her.)

Most older Americans, however, eventually need assistance. Nancy Canu’s granddaughter, Renee Turner, moved into her home in Rochester Hills, Mich., five years ago to care for her. At 92, Ms. Canu takes multiple medications for heart failure, and joint pain makes it hard for her to walk more than a block, even while using a walker. Ms. Turner, 37, has gradually taken over household tasks, such as shopping, cooking, cleaning, doing the laundry and paying the bills.

She administers her grandmother’s medications, drives her to doctors’ appointments, hovers nearby when she showers and helps her up the stairs. If Ms. Turner, a wedding singer and massage therapist, has to be away for more than an hour or two, she recruits another relative to step in.

For years, researchers have tried to calculate what proportion of the aging population will need such extensive care. “Becoming frail and needing help with basic personal care is probably the greatest financial risk people face at older ages,” said Richard Johnson, the economist who directs the Program on Retirement Policy at the Urban Institute.

A 2019 study he undertook for the federal Department of Health and Human Services, for example, found that over their lifetimes, about 70 percent of older adults will need help from family caregivers or paid aides or some combination, in their own homes or in long-term care facilities. Other surveys have reported roughly similar results.

But such analyses often don’t distinguish between short rehab stays, perhaps after a knee replacement, and the years of round-the-clock care that is required for someone with deepening dementia.

“Even if you need a lot of care, if it’s for a short period, it’s not that big a deal,” said Alicia Munnell, an economist and director of the Center for Retirement Research at Boston College.

Recent work by Dr. Munnell and her colleagues explored those nuances. Using data from the federal Health and Retirement Study as well as other federal surveys, they looked at both intensity and duration — how much help older Americans will need and for how long.

Policy types perpetually lament Americans’ inadequate retirement savings; only about half of the U.S. population will be able to maintain their standard of living after they stop working, according to a Boston College index.

But retirees can also overestimate their need for care, lowering their quality of life with unnecessary scrimping. “I think that’s actually a bigger risk than the more conventional idea of taking an around-the-world cruise and then ending up with nothing,” Dr. Munnell said.

Her team assessed seniors’ lifetime care needs as low, medium or high intensity, based on how many so-called activities of daily living they needed assistance with. Then the researchers calculated how many older Americans would need help for short (up to a year) or medium durations (one to three years) or for longer than three years.

Their results: Seventeen percent of 65-year-olds will need no long-term care. Almost one-quarter will develop severe needs, requiring many hours of help for more than three years.

Most older people will fall between those poles, with 22 percent having only minimal needs. The largest group, 38 percent, can expect moderate needs — like support while they recover from a heart attack, after which they can again function independently.

Unsurprisingly, the need for more intense or extended care hits some groups harder than others. People who attended college for some period fare far better than those without high school diplomas, the Boston College team found. Black and Hispanic seniors, reflecting entrenched economic and health inequities, are more apt than older white people to develop moderate or severe needs.

And married people are less likely to need extensive care than those who are single. They have higher incomes, Dr. Munnell pointed out, and spouses provide “regular meals and someone nagging you to go see the doctor — all that having another person to care about your welfare entails.”

Where an individual falls on this spectrum will determine whether such predictions feel reassuring or terrifying. But data from a second Boston College analysis veer toward the latter.

The researchers calculated how much care retirees would need, how much they could receive from family and how much they could afford to buy (at $22 an hour for a home health aide in 2018). The study determined that 36 percent of people in their late 60s could not cover even a year of minimal care without exhausting their resources; only 22 percent could cover severe needs.

Low-income people, who are less able to purchase help but more likely to need it, might qualify for Medicaid, which pays for long-term care. But that could mean a nursing home, because Medicaid waiting lists for home care are years long in some states. A few people, about 10 percent, have bought private long-term care insurance. Others will be left in a bind that financial planning can’t really address.

“That’s something insurance is designed to correct,” Dr. Johnson said.

When the Affordable Care Act passed in 2010, it contained a measure called the Class Act, a voluntary long-term care insurance program that never materialized. Critics feared an actuarial “death spiral”: If ailing workers only enrolled, costs would soon outstrip premiums paid in.

To start a sustainable public insurance program for long-term care, “we’d have to make it mandatory,” Dr. Johnson said. “Everyone would have to contribute.” The payoff: “It would give people peace of mind.”

Washington recently became the first state to establish such a program. Beginning next year, employees must contribute 0.58 percent of their earnings (self-employed workers could opt in, too), or about $290 in annual premiums on a $50,000 salary.

It’s a modest program — starting in 2025, participants can receive up to $36,500 in benefits — but it’s a start on the kind of safety net that the Netherlands, Germany and South Korea already provide. Illinois, Minnesota and Hawaii are also discussing long-term care insurance, Dr. Johnson said.

American families still bear the greatest brunt of responsibility for elder care. Ms. Canu’s family hopes to keep her in the house where she has lived for 44 years. If she had to pay a home health aide or move into assisted living, she or her children would face costs of thousands of dollars a month. That still might happen.

But for now, she has her oldest grandchild. “I wish all elderly people had someone like Renee to care for them,” Ms. Canu said. “We have a happy life, in spite of all the things that happen.”

Pharmacy robberies have become more common across Alberta over the past year. In response to the escalating crime trend, a provincial working group was created...
Read more

Last month, at least one person died in an apartment fire in Saskatoon where it appears the occupants had tampered with their smoke alarm. Tampering...
Read more

The name of a newly identified variant of the coronavirus has had some social media users scratching their heads about the World Health Organization’s...
Read more

REGINA – The Saskatchewan Roughriders believe it’s time to turn regular season success into a run for the Grey Cup. The Riders, who host the...
Read more