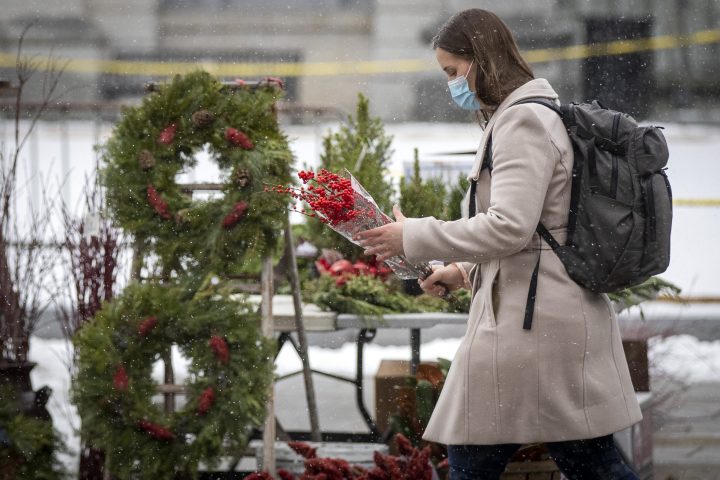 The team confirmed the move as well as the firings of assistant general manager John Weisbrod and assistant coach Nolan Baumgarner in a statement posted on twitter late Sunday evening.

The dismissals follow another dismal performance Saturday where the Pittsburgh Penguins routed the Canucks 4-1 in Vancouver, eliciting boos and chants of “fire Benning!”

Benning, 58, was known for some solid draft picks and questionable free-agent signings over his eight seasons as GM.

Vancouver is off to a rough start this year, falling to last spot in the Pacific Division with a 8-15-2 record.

The results follow a big off-season where Benning revamped the roster through contract buyouts, free agent signings and a blockbuster trade that saw the Canucks send draft picks and a trio of underperforming forwards to the Arizona Coyotes for feisty winger Conor Garland and veteran defenceman Oliver Ekman-Larsson.

Benning said he was caught off guard by how his team started the season and called the “fire Benning!” chants at recent home games “upsetting.”

“The fans are frustrated. I get their frustration. We’re frustrated. We need to figure this out and get back on track and play like I believe we’re capable of.”

The Canucks made two playoff appearances during Benning’s tenure, including the 2019-20 season when the squad surprised many in the Edmonton bubble. Vancouver beat the Minnesota Wild and St. Louis Blues before being eliminated by the Vegas Golden Knights in a gritty seven-game series.

The team couldn’t follow up the performance in the pandemic-condensed 2020-21 campaign, though, finishing last in the seven-team all-Canadian North Division with a 23-29-4 record and missing the playoffs for the fifth time in six years.

The season was difficult for the Canucks both on and off the ice, with a COVID-19 outbreak sweeping through the locker room in late March.

Twenty-one players and four members of the coaching staff tested positive for the virus with many experiencing symptoms, including fever, shortness of breath and severe fatigue. The wives and children of several players also fell ill.

The outbreak forced the NHL to postpone several Canucks games and the team did not play for more than three weeks.

A busy off-season followed. Benning shipped Vancouver’s first-round draft pick _ ninth overall _ to the Coyotes for Ekman-Larsson and Garland, and freed up some cap space by sending underperforming forwards Jay Beagle, Loui Eriksson and Antoine Roussel to the desert.

He also bought out the contracts of veteran goalie Braden Holtby and homegrown winger Jake Virtanen, and leveraged the expansion draft to add forward Jason Dickinson in a deal with the Dallas Stars.

Free agency saw Benning sign depth talent, including netminder Jaroslav Halak (formerly of the Boston Bruins) and defenceman Tucker Poolman (Winnipeg Jets), but he had to wait until midway through the pre-season to shore up agreements with two of the team’s top young talents.

While Benning said work on new contracts for restricted free agents Elias Pettersson and Quinn Hughes was ongoing all summer, the deals weren’t signed until Oct. 3, with Pettersson getting a three-year agreement worth US$7.35 million a year and Hughes signing a six-year contract for $7.85 million a year.

Pettersson has struggled since the signing, with just four goals and eight assists in 25 games.

Benning was clear ahead of the 2021-22 season that he expected the Canucks to be back in the playoffs.

“I think our younger players now, they’ve gotten older now. They’ve been in the league now two, three, four years. It’s time for them to step up,” he said as the team kicked off training camp. “We’ve seen some guys step up from our younger group last year and they’ve got to continue to get better. But our goal this year is to be a playoff team.”

Originally hired in 2014, Benning signed a three-year extension with the Canucks in August 2019.

“The ownership, I think, is happy with the direction of the team,” he said after the deal was announced.

Before joining the Canucks, Benning served as an assistant GM with the Boston Bruins for seven seasons, earning a Stanley Cup with the team in 2011.

The Edmonton native also spent 12 years as the Buffalo Sabres’ director of amateur scouting, and played 12 seasons on the blue line for the Canucks and Toronto Maple Leafs.

Benning has been credited with drafting some of Vancouver’s up-and-coming stars, including Pettersson, who was named the NHL’s rookie of the year in 2019.

The GM’s work during the 2020 off-season raised eyebrows, however, as the Canucks opted to allow several free agents to walk, including star goalie Jacob Markstrom, veteran defenceman Chris Tanev and sniper Tyler Toffoli.

Benning told a Vancouver newspaper in February 2021 that the club “ran out of time” as it worked to resign Toffoli, who was brought in at the trade deadline to help Vancouver make a playoff push.

Toffoli instead signed a four-year, US$17-million deal with the Montreal Canadiens. He had 44 points (28 goals, 16 assists) in 52 games in the 2020-21 season, including 11 in five games against Vancouver.

Benning also repeatedly faced criticism for adding long-term, big-money contracts in both trades and free agency that gobbled up cap space but failed to offer on-ice support for the club’s young talent.

One deal that drew ire is the signing of Eriksson, who came to Vancouver as a free agent in 2016, signing a US$36-million deal. At the time, Benning called the Swedish left-winger “an elite scorer and play maker with great defensive instincts.”

Eriksson failed to crack a 30-point season with the Canucks and was repeatedly healthy scratched in the 2020-21 season.

Some trades made during Benning’s tenure haven’t panned out as planned, either.

He was responsible for dealing former first-round pick Jared McCann to the Florida Panthers for defenceman Erik Gudbranson in May 2016. The GM admitted at the time that the price was steep, but said the trade added a top-four blue liner to his team.

Gudbranson suffered a season-ending wrist injury his first year in Vancouver and put up lacklustre numbers in his return. He posted eight points, 83 penalty minutes and a minus-27 rating in 2018-19 before he was sent to the Pittsburgh Penguins for forward Tanner Pearson at the trade deadline.

–With files from Global News