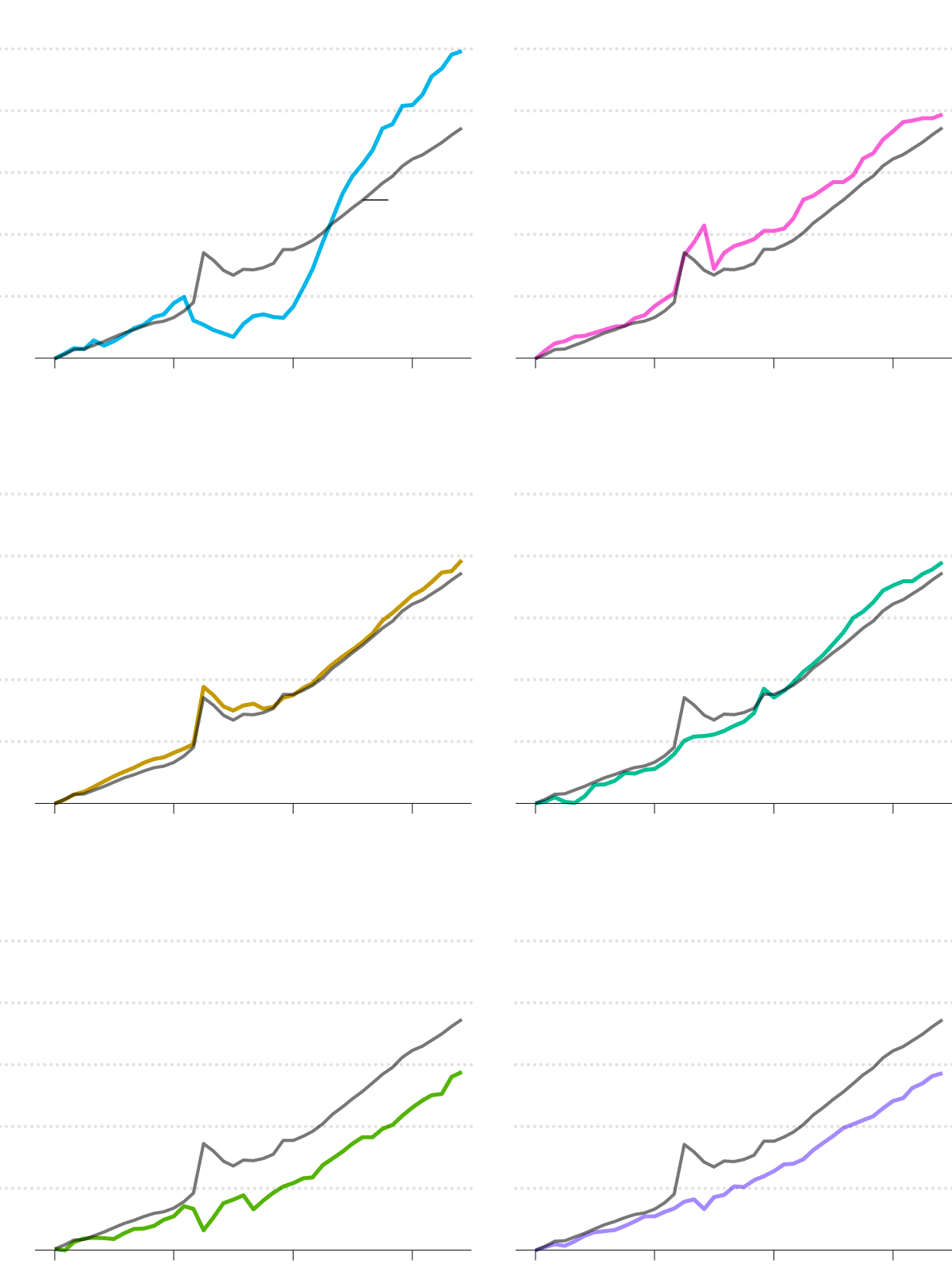 The Federal Reserve is trying to cool down the economy to bring inflation under control, but the job market is still going strong.

Wages climbed briskly in June and employers continued their hiring spree, the latest evidence that the labor market remains strong even as the Federal Reserve tries to cool the economy and contain inflation. The data are likely to keep central bankers on track for a supersize rate move at their July meeting.

Fed officials spent the years before the pandemic cheering every strong wage number, but recent pay gains, while not sufficient to keep up with inflation, have been fast enough that they would make it difficult for rapid inflation to slow toward the central bank’s 2 percent annual goal. That is because as companies pay more, they typically try to cover their costs by raising prices.

The fresh pay and employment data will likely reinforce the Fed’s view that the economy remains strong and that inflationary pressures persist, keeping it on track for a large 0.75 percentage point — also called 75 basis point — rate increase in July. Central bankers are raising rates rapidly as they try to wrestle price increases back under control.

“The tremendous momentum in the economy to me suggests that we can move at 75 basis points at the next meeting and not see a lot of protracted damage to the broader economy,” Raphael Bostic, president of the Federal Reserve Bank of Atlanta, said in a CNBC interview after the report.

Fed officials first lifted their policy rate by 0.75 percentage points in June, in their largest single increase since 1994, as fresh data showed that inflation proved surprisingly rapid and stubborn. A chorus of officials have in recent days said that they would support a second move of a similar size. Policymakers typically adjust their policy only in quarter-point increments.

Officials still want to engineer what they often call a “soft landing,” in which hiring and pay gains slow gradually and help both consumer demand and rapid price increases to moderate, but without plunging the economy into a painful recession. But they have also been clear that they will inflict economic pain if it is necessary to bring inflation down.

“Price stability is absolutely essential for the economy to achieve its potential and sustain maximum employment over the medium term,” John C. Williams, the president of the Federal Reserve Bank of New York, said in a speech in Puerto Rico on Friday. “I want to be clear: This is not an easy task. We must be resolute, and we cannot fall short.”

Mr. Bostic seemed to take Friday’s report as a sign that the Fed’s approach is so far working as planned, noting that hiring had slowed somewhat at a time when the Fed wants to see moderation in the economy.

The State of Jobs in the United States

Job gains continue to maintain their impressive run, easing worries of an economic slowdown but complicating efforts to fight inflation.

“We’re starting to see those first signs of slowdown, which is what we need,” Mr. Bostic said. “Some of the numbers today suggests that that is happening, and that’s a positive sign.”

Yet Wall Street remains concerned that the Fed will tip America into a downturn in its quest to lower inflation. Stocks fell after the release of the employment numbers, likely because investors interpreted them as a sign that the Fed would keep up its aggressive campaign to constrain the economy as hiring and wage growth remain robust.

Wages for non-managers, which economists watch closely as a gauge of underlying strength in the labor market, climbed by a swift 6.4 percent from a year earlier, the new report showed. That pace is slowing somewhat, but it is still much higher than normal — and could keep inflation elevated if it persists.

“Wages are not principally responsible for the inflation that we’re seeing, but going forward, they would be very important, particularly in the service sector,” Jerome H. Powell, the Fed chair, said at his news conference in June.

“If you don’t have price stability, the economy’s really not going to work the way it’s supposed to,” he later added. “It won’t work for people — their wages will be eaten up.”

Economists at Goldman Sachs have estimated that using their wage growth tracker — which has been running a few tenths of a percent higher than the overall average hourly earnings estimate, at 5.4 percent in the most recent reading — pay gains probably need to slow to about 3.5 percent to be consistent with the Fed’s inflation goal.

While the Fed aims for 2 percent price increases on average, inflation has been far in excess of that for more than a year. The Personal Consumption Expenditures index measure excluding food and energy prices, which the Fed monitors for a sense of underlying inflation trends, climbed 4.7 percent in the year through May.

And that is the least dramatic of the major inflation measures. Prices climbed by 8.6 percent in the year through May as measured by the Consumer Price Index — buoyed by big pickups in grocery and gas costs — and the June number, set for release next week, may show further pickup.

Central bankers are increasingly worried that those high inflation readings are going to seep into consumer inflation expectations, making price gains even harder to stamp out. Once workers and businesses start to believe that prices will climb rapidly year after year, they may change their behavior — asking for bigger wage increases and instituting more regular cost increases — in ways that make inflation a more permanent feature of the American economy.

Many officials at the June meeting of the Fed’s policy-setting committee “judged that a significant risk now facing the committee was that elevated inflation could become entrenched if the public began to question the resolve of the committee to adjust the stance of policy as warranted,” according to the minutes released on Wednesday.

If the Fed raises rates by 0.75 percentage points this month, it would bring interest rates to a range of 2.25 to 2.5 percent. Central bankers have signaled that they will likely push up borrowing costs by another percentage point by the end of the year.

Those rate increases are already weighing on the housing market as they make mortgages considerably more expensive, and there are early signs that they are beginning to percolate through the economy more broadly, as construction moderates and new factory orders pull back.

While weakening economic data have stoked speculation that the economy might be headed into a recession — and fears of a downturn have gripped Wall Street in recent weeks — there are also signs of continuing economic strength. Friday’s report only served to reinforce them.

“Wage growth remains elevated and rates of job loss are low,” Nick Bunker, economic research director at the job website Indeed, wrote in a note reacting to the report. “We’ll see another recession some day, but today is not that day.”

But Mr. Williams of the New York Fed suggested that even meaningful signs of economic slowdown might not be enough to deter the Fed.

“Supply and demand will be brought back into balance, and inflation will return to our 2 percent longer-run goal,” Mr. Williams said. “This may take some time and may well be a bumpy road.”