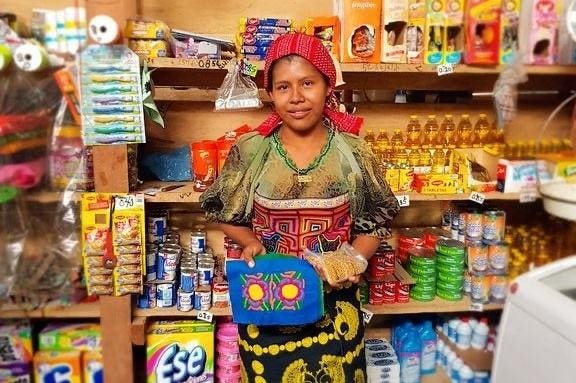 Newly minted Eskala has an ambitious mission: to reimagine microfinance. A recent spin-off from nonprofit Global Brigades, the startup is focusing on what Steve Atamian, Eskala’s president and Global Brigades’ chief strategy officer, calls “micro- equity,” which, as the term suggests, is all about taking equity positions in, rather than making loans to, ventures in low-income communities.

“We feel the most important way for these communities to grow is to have a strong banking infrastructure,” says Atamian.

About seven years ago, Global Brigades, a nonprofit with more than 65,000 student volunteers from over 800 university clubs focused on health and development work, received a $98,000 grant from the World Bank to expand its economic development activities. That work aimed to address what conversations with community leaders in rural Central America had revealed: A key cause of poverty in their region was a lack of both access to capital and a banking system that served the poor.

The insight led Global Brigades to zero in on groups called caja rural. That term, which literally means “rural box” in Spanish, refers to the thousands of community-owned banking cooperatives in impoverished rural communities in Central America that make loans to community members, often to help start or operate small enterprises. The grant was aimed at starting new bank co-ops and boosting the capacity of existing ones.

Part of that work involved micro-equity, taking small equity positions in the bank co-ops to provide growth capital without the onerous terms of loans. While substantially less than the predatory terms demanded by many non-bank lenders in Central America, microfinance loans can still be high— a typical 40% or so. Working primarily in Panama, Global Brigade provided seed capital to bank co-ops, paying weekly visits, while taking a minority share.

After several years, it was clear the model had legs—and demanded a bigger effort. So Atamian and his colleagues decided to form a for-profit that could, “Take it to the next level,” says Atamian. In the fall and winter of 2020, they raised $1.29 million, mostly from individuals, also partnering with Kiva for loan capital. Earlier this year, they formed Eskala.

One new element: Eskala reserves 25% of its equity for the bank co-ops, so they can own a piece of the company, as well. “As the company grows, it’s going to grow because of the performance of these banking cooperatives,” says Atamian. “So we want to give the community upside too.”

Eventually, the bank co-ops could take equity positions in the small businesses they support. “We’re trying to create a culture of investment,” he says.

So far, the company has invested in over 100 bank cooperatives in Panama, Honduras and Nicaragua, with about another 200 in a formative stage, that have lent around $800,000. Default rate: zero.  In Panama, co-op seed funding is about $500; in Honduras, where the co-ops are more established, initial investments are $3,000 to $4,000. Over 80% of the co-ops in Panama are run by women. Next quarter, the company is planning to invest in Ghana, using what Atamian describes as a slightly different model.

Over the next 10 years, Eskala plans to manage a portfolio of 20,000 co-ops targetting 18 million people living in poverty. Also it’s looking to raise a second round and increase the base of investors, according to Jim Sartori, a founding investor.

The company’s backers also encountered some unexpected results. For example, investor Jim Stollberg points to a meeting in a village center in Panama, attended mostly by women, many of whom brought their children with them. At one point, a little boy asked Stollberg in Spanish whether his mother was important, because she was running the meeting. “That floored me,” he says. “I hadn’t anticipated the cultural impact our investments would have.”