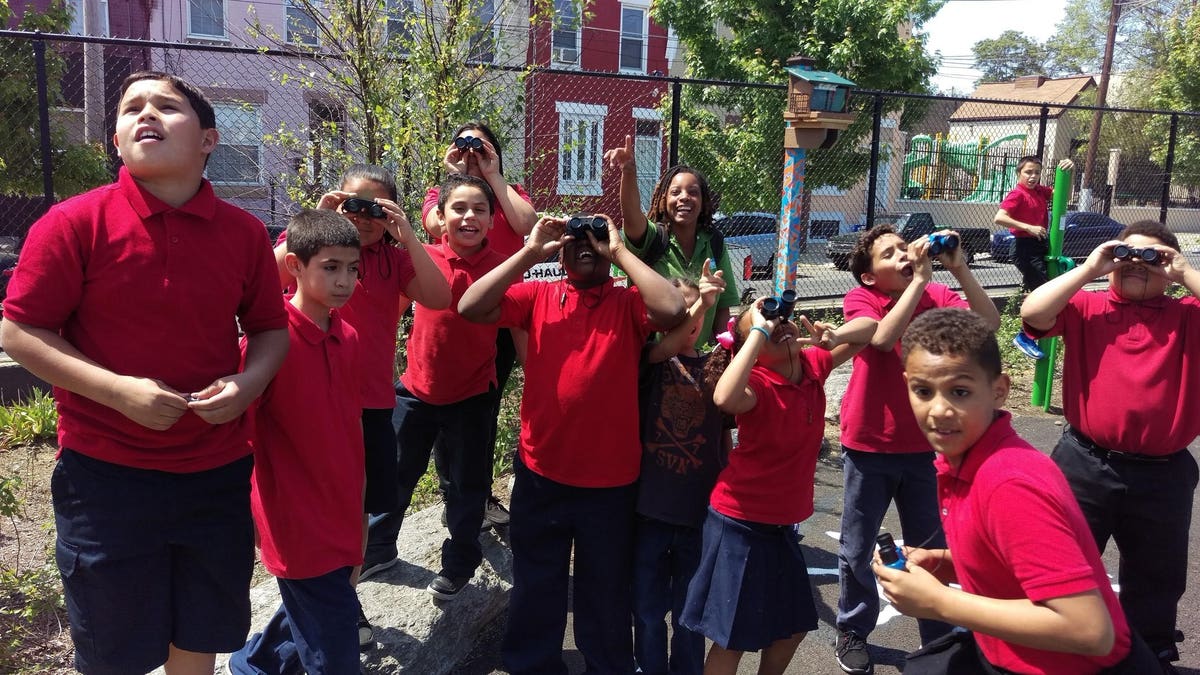 Growing up in Norwalk, Ct., twin sisters Tarsha and Keisha Scovens’ experience of the great outdoors was pretty limited. So when they first went on a cross-country camping trip after college, it was a revelation—one that remained with them long after. More than a decade later, they turned that fascination into Let’s Go Outdoors and Let’s Go 1, 2, 3, a for-profit and nonprofit aimed at allowing Black kids and their families to learn about and experience everything from white water rafting to archery and bird-watching.

“We want to get more people of color outdoors,” says Tarsha.

Outdoor recreation participation rates among Blacks are around 8%, compared to 80% for whites, according to the 2009 Outdoor Foundation’s Recreation Participation Report.

It all started after the sisters graduated from college in the late 1990’s, signed on for a year-long stint with Americorps and were assigned to a two-year college in Utah. To get there, they bought outdoor camping equipment from yard sales, picked up an atlas—this was pre-smartphones—and set off.  That was their first experience camping and they loved it.

Two years later, they moved back East, Tarsha to Philadelphia where she worked as a career counselor for two-year colleges and Keisha to graduate school and then eventually to work as a speech therapist in the Lancaster, Pa, area. But they kept reminiscing about their experiences camping. A decade later, “We were still talking about how were we going to get our own kids, when we had them, to appreciate the outdoors,” says Tarsha.

That’s when they realized their hankering could lead to something bigger. They needed to develop an organized way for Black children and their families to spend time outdoors with peers. Keisha, who was working in a school as a speech therapist, talked to her principal about creating a proposal for an outdoor program that also could get parents involved. But the funding they were counting on to make it happen was cut and they had to put the idea on hold.

No matter. The sisters realized they needed more grounding in business. So Tarsha enrolled in the Women’s Business Development Center in Philadelphia, taking courses in how to write a business plan, getting funding and the like. One of the lessons she learned: She needed to survey potential customers. So she approached her neighborhood block captain about contacting residents with a 10-point questionnaire (“Do you go outdoors?”, “What do you do outdoors?”). Then she went further afield to other neighborhoods and flea markets. In 2010, they started trying out a series of one-off-programs.

Two years later, they officially launched Let’s Go Outdoors. That was made by possible by a $15,000 grant through a donor-advised fund called Women for Social Innovation, under Women’s Way, an umbrella organization. They found a fiscal sponsor in a school they had worked with and that ran programs at Awbury Arboreum, just down the street from Tarsha. With that they started operating programming at a variety of sites, including Awbury, as well as Fairmount Water Works, Overbrook Environmental Education Center and other locations. And they signed a contract with the Philadelphia Water Department to offer water-related educational workshops.

Still, they couldn’t offer the programs for free and that meant there were many potential customers who simply couldn’t afford to pay. The answer, they realized, was to start a nonprofit arm. In 2019, they formed Let’s Go 1, 2, 3 to offer free outdoor recreational experiences with a three-step model for learning: class-room-based lessons, outside experiences in the school yard or similar location and an in-the-field experience, like a trip to an environmental center or white water rafting.

Let’s Go Outdoors, on the other hand, focuses on indoor and outdoor environmental education lessons and family engagement in everyday outdoor activities, as well as consulting to organizations looking to attract a more diverse audience.

Not long after starting the nonprofit, however, Covid hit, which slowed things down considerably. As it happened, the sisters had applied for a $3,000 grant to offer an archery program, an activity that fortuitously offered sufficient social distancing. This year, the nonprofit was awarded a $15,000 diversity grant from REI Co-op aimed at supporting in-school programs. If they can’t run it in on school days and Saturdays because of pandemic restrictions, Plan B is to hold it on Saturdays working with local partners.

As For Let’s Go Outdoors, during the pandemic, most sessions were offered virtually. But the sisters also created Covid-safe in-person programs, like a geocaching treasure hunt for families, using handheld GPS devices, that provided enough social distancing. Tarsha figures the programs serve about 200-400 families a year, plus over 1,000 kids.