Six Master Sommeliers Can Be Terminated After Sexual Harassment Investigation 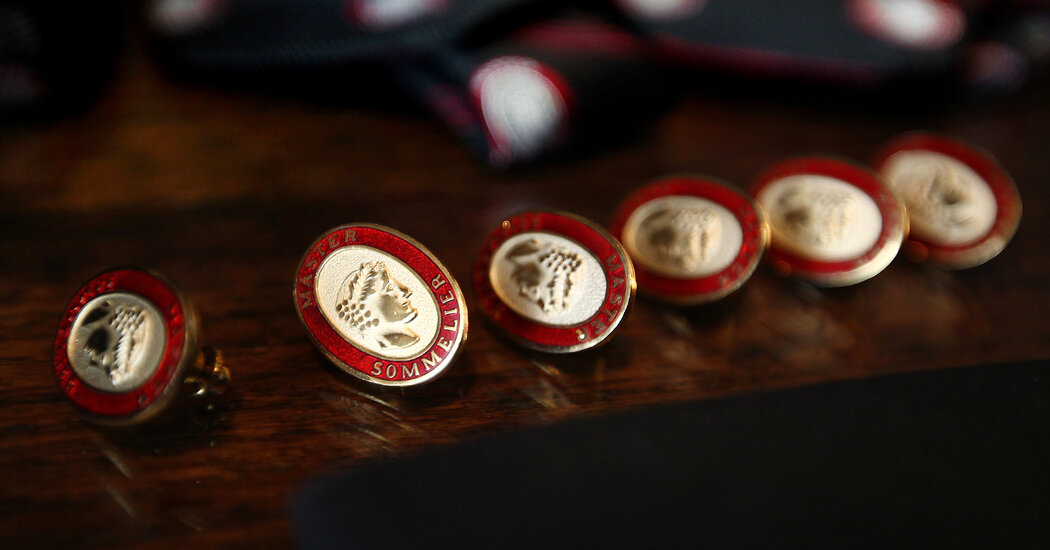 The American chapter of the Court of Master Sommeliers says it investigated 22 members. But at least one woman who came forward feels that’s not enough.

The American chapter of the Court of Master Sommeliers, one of the world’s most influential wine organizations, is moving to expel six men accused of a variety of sexual-misconduct offenses, after a nine-month investigation.

The inquiry followed an October 2020 report in The New York Times in which 21 women said they had been sexually harassed, manipulated or assaulted by male master sommeliers. Current and former members described the court, whose members are mostly men, as a bastion of sexual harassment and coercion that had long been known and tolerated by the group’s leaders.

“What became clear through this investigation was the need for a seismic cultural shift within our organization,” Emily Wines, the chairwoman of the chapter’s board, said Wednesday in a statement about its investigation, which was conducted by an outside firm. The announcement was first reported by The San Francisco Chronicle.

The court said it would not disclose specific findings about the six men: Drew Hendricks, Fred Dexheimer, Joseph Linder, Matt Stamp, Robert Bath and Fred Dame, a founder of the chapter. But it said its investigation “confirmed that perceived power was exploited by members of the organization. The findings substantiated behaviors that ranged from inappropriate comments and flirting to nonconsensual touching and exploiting a mentoring relationship for a perceived quid pro quo.”

The court will hold a hearing about the proposed expulsions within 30 days. If the men are ousted, they would be prohibited from applying for reinstatement, according to a letter sent to one of the men.

The chapter also banned Geoff Kruth, a prominent member who resigned last year, from seeking reinstatement. Shortly before the Times article appeared, Mr. Kruth stepped down as the president of GuildSomm, the court’s educational spinoff. Eleven women told The Times they had experienced sexual misconduct by Mr. Kruth. Reached by phone on Thursday, he declined to comment.

More than a dozen women said Mr. Dame had frequently engaged in unwanted touching and sexual innuendo. On Thursday, he hung up on a reporter.

One woman said Mr. Hendricks had grabbed for her breasts, and another said he had asked for “a pair of panties to snuggle with” after she refused to sleep with him. Mr. Hendricks and his lawyer did not respond to messages seeking comment. Neither did Mr. Bath and Mr. Dexheimer.

Mr. Stamp, once the vice president of the board, failed to disclose that he had sexual relationships with two women who underwent the rigorous exam process required for membership. In a statement, Mr. Stamp said he “should have not been within the vicinity of anyone taking an examination” with whom he had a romantic relationship, even though he had recused himself from proctoring the exams for those women.

He said he took responsibility for his error in judgment: “I will learn and grow from my mistakes and accept today’s decision with a heavy heart.”

Mr. Linder, a master sommelier in Seattle who is now a contractor, also said that he took responsibility for his actions, but that the scandal pointed to a wider problem in the sommelier community. “When you are impaired, your better judgment goes out the window,” he said.

Liz Dowty Mitchell, 38, a sommelier in New Orleans, is one of two women who said Mr. Dame had slapped her on the rear at court events. She also said last year that her mentor repeatedly pursued her with sexual invitations. He is not among the men the chapter is seeking to dismiss.

Ms. Mitchell said she was contacted by an investigator in January, but decided not to take part in the inquiry because she didn’t trust the process. She said that she was blindsided by the sudden release of the investigation results and disappointed that men accused of more egregious sexual acts were not among those marked for expulsion.

The court said 22 members were investigated, but the “findings did not support further action in some cases.” Some members, it said, have been through “varying levels of rehabilitative education to allow members to take accountability and then return in good standing.”

Ms. Wines, the board’s chairwoman, said that while “a small number” of investigations were continuing, the court decided to announce the proposed expulsions because most of the inquiries had concluded.

Ms. Mitchell said she has been haunted by the belief that some men, including her mentor, who harassed women would continue as members.

In the days following the Times report, the chapter elected a new board. Devon Broglie, the chairman, had resigned, after a junior-level candidate said Mr. Broglie had an inappropriate sexual relationship with her before he became chairman. The court said his resignation was unrelated to the allegations.

Mr. Linder, one of the sommeliers marked for ouster, said he agreed with Ms. Mitchell that some men accused of more serious abuses had not been punished.

“The hammer should’ve come a lot harder on the people who groomed candidates and had sex with them,” he said. “And for some reason, they got a pass.”

Black people in Canada are just as educated as the rest of the country overall but new census data by Statistics Canada is shedding...
Read more