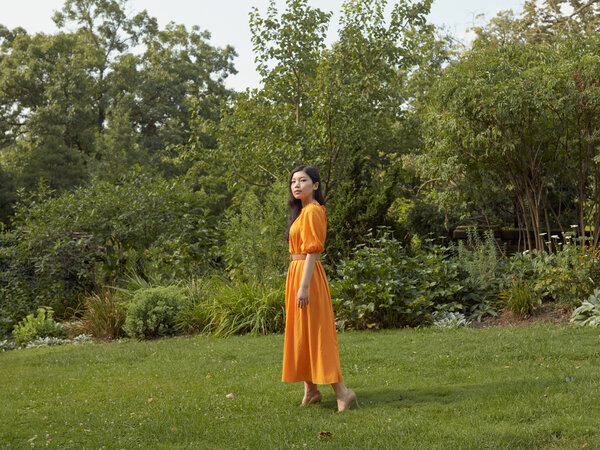 Cody Ko, a YouTube star with 5.7 million subscribers, found himself in a pickle in May. Two different start-ups wanted to give him stock, and he was concerned that they were potentially competitive deals.

So Mr. Ko called someone he trusted for advice: Li Jin.

Ms. Jin, a venture capitalist, suggested that Mr. Ko, 30, be honest and upfront with the founders of both start-ups about the potential conflict of interest. He agreed and ended up pursuing just one of the deals.

“I’d never hesitate to reach out to her if I needed something,” he said of Ms. Jin.

If there is such a thing as an It Girl in venture capital these days, Ms. Jin, 31, would fill the bill. She sits at the intersection of start-up investing and the fast-growing ecosystem of online creators, both of which are red hot. And while she formed her own venture firm, Atelier Ventures, just last year and has raised a relatively small $13 million for a fund, Ms. Jin was among the first investors in Silicon Valley to take influencers seriously and has written about and backed creators for years.

A Harvard graduate who was inspired by the ideas of Friedrich Engels and Karl Marx, Ms. Jin is also aggressively pro-worker. She has made it clear in podcasts and her Substack newsletter that creators should get the same rights as other workers. Among the ideas she has championed is a “universal creative income,” which would guarantee creators a base amount of money to live on.

Now as large venture capital firms flock to influencer start-ups, and as Facebook, YouTube and others introduce $1 billion creator funds, Ms. Jin’s track record has made her a go-to business guru for many digital stars who are trying to navigate the fast-changing landscape.

Hank Green, 41, a top creator on YouTube and TikTok, said he often tossed ideas back and forth with her by phone. Markian Benhamou, 23, a YouTuber with over 1.4 million subscribers, credited her with understanding what creators go through. Marina Mogilko, 31, a YouTube creator in Los Altos, Calif., said Ms. Jin “started the whole creator economy movement in Silicon Valley.”

“She was talking about the creator economy years and years and years before anyone else was,” said Jack Conte, a co-founder and the chief executive of Patreon, a crowdfunding site for content creators. “She really sees the future before other people do.”

Ms. Jin, who has invested in Substack and Patreon, said that although her fund was small, she planned to put all the money into companies transforming online work. “Everything I invest in is a creator-focused company,” she said. “I think the impact I have is outsized relative to the dollar amounts.”

Her credibility has been enhanced because she also operates as a creator. Ms. Jin posts frequently on her Substack newsletter, leads an online course teaching creators how to invest in start-ups and has created Side Hustle Stack, a free resource to help influencers find and evaluate platforms to leverage.

Ms. Jin, who was born in Beijing, immigrated at age 6 with her family to the United States, where her father pursued a doctorate in economics at the University of Pittsburgh. Their early years in the country were lean, she said, until her father left school and got a job. Her family eventually moved to Upper St. Clair, a town of about 20,000 outside Pittsburgh, where Ms. Jin attended public school and enjoyed painting and writing.

At Harvard, she studied English and continued her creative pursuits. But at the urging of her family, who she said “wanted financial security for me,” Ms. Jin switched her major to statistics and did banking and corporate marketing internships. After briefly working for Capital One after college, she moved to Silicon Valley at age 23 to work at Shopkick, a shopping rewards app, as a product manager.

In 2016, Ms. Jin landed at the Silicon Valley venture firm Andreessen Horowitz. At the time, the firm was focused heavily on investing in marketplaces like Airbnb and Rappi, the Instacart of Latin America.

That led Ms. Jin to champion the influencer industry. Watching creators struggle to earn a living online felt personal, she said, while she also saw big potential in online work and creators as a business.

Her affirmation was meaningful, influencers said. “Her being at that big storied firm and saying these things felt like, ahh, finally someone’s saying it,” said Mr. Green, the YouTube star.

When the coronavirus pandemic hit last year and the world was increasingly pushed online, Ms. Jin recognized an opportunity.

“I felt like Covid would be such an accelerant to online-based work and people wanting to be entrepreneurs,” she said. “I realized I had an opportunity to start an entirely new fund that was devoted to this thesis and that would be on the forefront of evolving the nature of labor and work on the internet.”

In May 2020, she quit Andreessen Horowitz and started Atelier Ventures. She has since invested in creator-related start-ups such as PearPop, which lets influencers profit off their social interactions, and Stir, which helps creators manage their finances. She is one of the few investors whom large influencers know by name.

“If you talk to anyone who works in the creator economy, they all say, ‘Oh, you have to talk to Li Jin,’” said a creator who goes by Jasmine Rice, 23, a former OnlyFans influencer who started a platform called Fanhouse, which Ms. Jin invested in last year.

Ms. Jin has also publicly criticized the funds that YouTube, Facebook, TikTok and Snapchat offer influencers to make content for their platforms. She has implored the tech industry to “stop celebrating” the funds, calling them “bread and circuses,” and argued that creators needed ownership over the platforms that made money off them.

“Without ownership, creators are ultimately enriching and empowering *someone else* — platform owners — with their work,” Ms. Jin tweeted in June.

Ms. Jin said the platforms had to take care not “to recreate a ton of the economic disparities that exist in the broader economy rather than truly empowering a new generation of online entrepreneurs.” She has named a podcast that she co-hosts “Means of Creation,” a play on Marx’s means of production.

Her views have made her a subject of fascination in the tech industry and in leftist political spaces. Replies to her social media posts are full of memes insinuating she’s a socialist. Ms. Jin said she was mostly amused by the hubbub.

“I’m very careful to not use that word, the S word,” she said of socialism. “It’s unnecessarily polarizing in the U.S.”

Ms. Jin said she had also become a believer in crypto networks because they are decentralized and “aim to turn over control and ownership to their users.” She has begun investing in crypto-related platforms, recently backing Mirror, a decentralized publishing platform, and Yield Guild Games, which is building a gaming guild for the “metaverse” to help people in developing countries make money by playing video games. She has also teamed up with creators to mint and sell artwork as NFTs, or nonfungible tokens.

“There’s been a simmering awareness for my entire life,” she said, “that the world is unfair and we need to push it in the direction of justice and fairness.”

Since starting Atelier Ventures, Ms. Jin has moved away from Silicon Valley and run her fund out of her childhood bedroom in Pittsburgh. This summer, she was nomadic, traveling around the world surrounded by a changing cast of internet stars, artists, Gen Z tech founders and crypto pioneers.

In July, she co-hosted a packed happy hour on a New York City rooftop attended by a who’s who of internet culture and techies, including the founders of the NFT platform OpenSea, product people from TikTok and Twitter, and other investors. From New York, she jetted to Paris for a crypto conference and hosted a “creator salon” at a cafe on the Left Bank.

She then flew to Greece on an invitation from Daniel Ek, the chief executive of Spotify, and later attended a dinner on the beach with Emma Watson, Nicky Hilton and others, which was organized by the Brilliant Minds Foundation.

She has since headed home to Pittsburgh to regroup and reflect.

“It’s just so improbable that I’m here,” Ms. Jin said, “that I was born in Beijing speaking Chinese as my first and only language and something happened to bring me to the U.S. and now I have the tools to be able to have a voice and influence.”

The Chinatown BIA is looking for answers after one of its Lunar New Year ice sculptures was destroyed outside of a popular Chinatown restaurant...
Read more