Schemer or Naïf? Elizabeth Holmes Is Going to Trial. 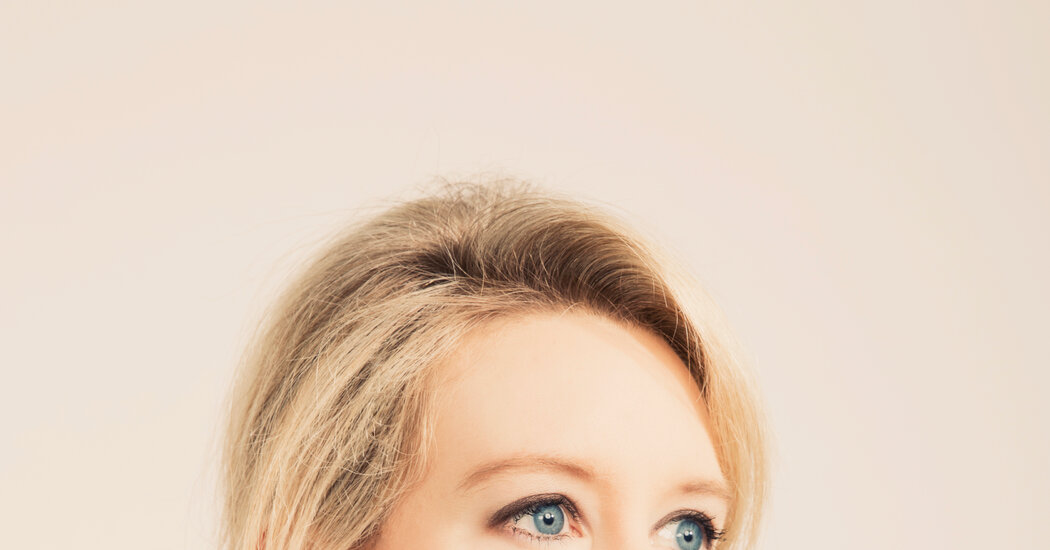 The trial for the founder of Theranos, the once high-flying blood testing start-up, will cap a saga of Silicon Valley hubris, ambition and deception.

SAN FRANCISCO — After four years, repeated delays and the birth of her baby, Elizabeth Holmes, the founder of the blood testing start-up Theranos, is set to stand trial for fraud, capping a saga of Silicon Valley hubris, ambition and deception.

Jury selection begins on Tuesday in federal court in San Jose, Calif., followed by opening arguments next week. Ms. Holmes, whose trial is expected to last three to four months, is battling 12 counts of fraud and conspiracy to commit wire fraud over false claims she made about Theranos’s blood tests and business.

In 2018, the Department of Justice indicted both her and her business partner and onetime boyfriend, Ramesh Balwani, known as Sunny, with the charges. Mr. Balwani’s trial will begin early next year. Both have pleaded not guilty.

Ms. Holmes’s case has been held up as a parable of Silicon Valley’s swashbuckling “fake it till you make it” culture, which has helped propel the region’s start-ups to unfathomable riches and economic power. That same spirit has also allowed grifters and unethical hustlers to flourish, often with little consequence, raising questions about Silicon Valley’s tightening grip on society.

But the trial will ultimately be about one individual. And the central question will be whether Ms. Holmes was a deceptive schemer driven by greed and power, or a naïf who believed her own lies and was manipulated by Mr. Balwani.

The case hinges on Ms. Holmes’s knowledge of the problems with Theranos’s blood testing devices. Her lawyers could argue that she was merely the start-up’s public face while Mr. Balwani and others handled the technology, legal experts said. They could make the case that the sophisticated investors who backed Ms. Holmes should have done better research on Theranos. And they could say that Ms. Holmes was simply following Silicon Valley’s norms of exaggeration in service of an ambitious mission.

Last year, Judge Edward Davila of U.S. District Court for the Northern District of California agreed to separate Ms. Holmes’s and Mr. Balwani’s cases. The move was unusual for such cases, legal experts said, and allows the pair to blame each other with no ability to respond.

In sealed court filings from 2020 that were made public over the weekend, Ms. Holmes said that her relationship with Mr. Balwani had a “pattern of abuse and coercive control.” The filings said Ms. Holmes’s lawyers might introduce expert testimony on her mental state and the effects of the alleged abuse. Mr. Balwani’s lawyers denied the accusations in a filing. If convicted, Ms. Holmes, 37, faces up to 20 years in prison. While high-profile start-up founders from Uber’s Travis Kalanick to WeWork’s Adam Neumann have experienced swift falls from grace over ethics scandals, Ms. Holmes may become one of the few to actually go to jail for it.

“All too often this kind of fraud doesn’t get prosecuted,” said Alex Gibney, director of “The Inventor,” a documentary about Theranos. “So many other people fake it till they make it, but that never justifies not bringing charges when someone has committed fraud.”

Ms. Holmes’s lawyers did not respond to a request for comment. A lawyer for Mr. Balwani, 56, declined to comment, as did a representative for the U.S. attorney’s office for the Northern District of California, which is prosecuting the case.

Looming large over the trial will be the public’s fascination with the scandalous details of the Theranos drama.

For years, Ms. Holmes cultivated her public image with an unusually deep voice, an intense stare and an uniform of black turtlenecks meant to evoke Steve Jobs. She installed bulletproof glass in her office and traveled by jet or chauffeur with a security detail. In 2019, she reportedly married William Evans, a hotel heir. She gave birth to their son in July.

Her high profile presents a challenge in finding jurors who have not formed opinions about her or the case. Jury members filled out a 28-page questionnaire outlining their media consumption, medical experiences and whether they have heard of Ms. Holmes or seen her TED Talk. Approximately half of the more than 200 potential jurors had consumed media related to the case, according to a court filing last week.

It is unclear whether Ms. Holmes will take the stand to defend herself. As Theranos’s chief executive and chairwoman, she was persuasive and inspiring. She fiercely defended Theranos and dismissed any criticism as a sign that the company was changing the world.

But if Ms. Holmes takes the stand, prosecutors could use past statements to hurt her credibility. In a Securities and Exchange Commission deposition in 2017, she responded to questions by saying “I don’t know” at least 600 times.

“It will be hard for her to say, ‘I remember it this way,’ when she said ‘I don’t know’ so many times,” said John C. Coffee Jr., a professor at Columbia Law School who is not involved in the case. “That is the most damaging evidence against her.”

By the time the United States indicted Ms. Holmes in 2018, the once high-flying Theranos was all but dead.

Ms. Holmes founded the start-up at age 19 in 2003 and dropped out of Stanford soon after. She hired Mr. Balwani in 2009 and raised more than $700 million from investors, valuing Theranos at $9 billion. The Palo Alto, Calif., company struck deals with Walgreens and Safeway to offer its blood testing in their stores. It also attracted dignitaries, senators and generals — including George Shultz, Henry Kissinger, William Frist and James Mattis — to its board of directors.

“We’ve reinvented the traditional laboratory infrastructure,” Ms. Holmes said at a 2014 conference. “It eliminates the need for people to have needles stuck in their arm.”

Then in 2015, The Wall Street Journal published a series of exposés that called the effectiveness of the Theranos machines into question.

“She committed a fraud,” said Dr. Phyllis Gardner, a Stanford medical professor who was an early Theranos skeptic. “She harmed many patients. She bilked people out of their money.”

Increased scrutiny from regulators and investors revealed further problems and accusations of deception, leading to civil fraud charges from the Securities & Exchange Commission and a lawsuit from investors and Walgreens.

By 2016, Forbes had lowered its estimate of Ms. Holmes’s net worth from $4.5 billion to nothing. In 2018, she settled with the S.E.C. and investors. That same year, Theranos shut down.

The Justice Department’s indictment, also issued that year, accused Ms. Holmes and Mr. Balwani of telling investors that Theranos’s blood testing machines could quickly perform a full range of clinical tests using a finger stick sample of blood, even though both knew the tests were limited, unreliable and slow. Ms. Holmes and Mr. Balwani also overstated Theranos’s business deals and told investors that the company would generate $1 billion in revenue in 2015, when it made only a few hundred thousand dollars, the indictment said.

Ms. Holmes’s lawyers have since repeatedly pushed for delays to the trial. They have sought to have evidence excluded and witnesses blocked. And they have argued over other details, such as whether Ms. Holmes must wear a mask during the proceedings.

Some fraud charges on behalf of doctors and patients, whose tests were paid for by insurance, were dropped from the case last year. But patients of Theranos whose test results were inaccurate are being allowed to testify.

The potential witness list of more than 200 people includes many big names who entered the Theranos orbit. Among them: Rupert Murdoch, the media mogul who invested in the start-up; David Boies, the star lawyer who represented Ms. Holmes and sat on Theranos’ board; and Mr. Kissinger, Mr. Frist and Mr. Mattis.

Lawyers in the case have also sparred over the hype and stretching of the truth in Silicon Valley fund-raising. To keep the focus on Theranos, prosecutors have tried to prevent Ms. Holmes’s lawyers from arguing that it is common practice for start-ups to exaggerate their claims to garner investments. But Judge Davila has said the court would permit general comments on the topic.

“Fake it till you make it — you don’t do that in medical devices,” Dr. Gardner said. “They’re highly regulated. They have to be perfectly accurate and not harm anyone, and this did.”

‘Not the first time’ a Chinese surveillance balloon passed over U.S.: ambassador

The suspected Chinese surveillance balloon that passed over the U.S. — and according to sources, spent time in Canadian airspace — late this week...
Read more