S.E.C. Says a SPAC Misled Investors About Its Space Deal 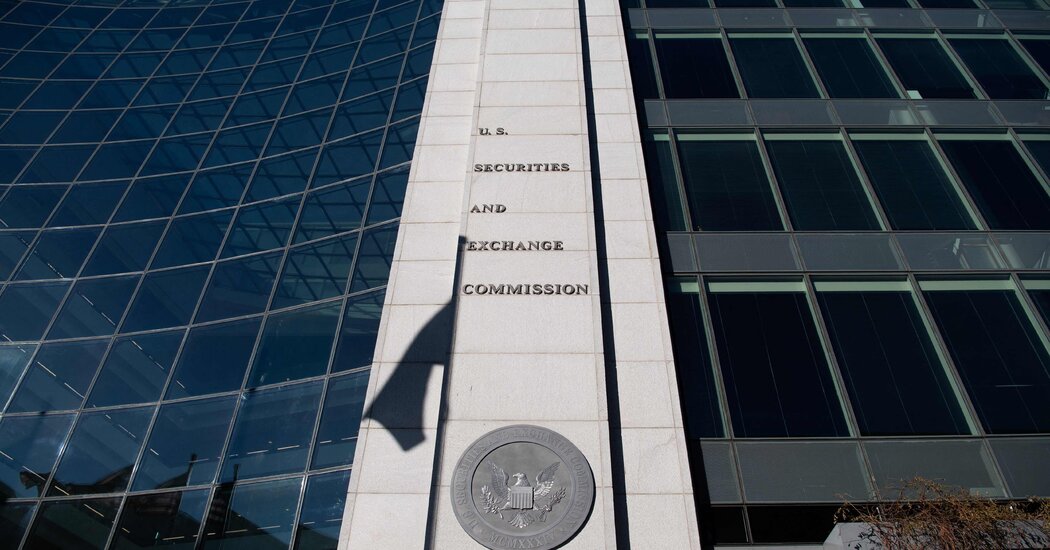 A civil settlement involving Momentus and Stable Road Acquisition was one of the first major moves by the agency since the start of the SPAC boom.

A planned merger involving an upstart space transportation company may not get off the ground after securities regulators brought one of the first major enforcement actions targeting a cash-rich blank check company.

The Securities and Exchange Commission said on Tuesday that it had reached a civil settlement with several parties involved in the planned merger of Momentus, a company that said it had developed a unique propulsion technology, and Stable Road Acquisition, a special purpose acquisition company.

Investors were misled into believing the propulsion system had been successfully tested in space, when the test had failed, regulators said.

Hundreds of speculative special purpose acquisition companies, or SPACs, have raised nearly $200 billion from investors over the past 18 months — a boom that has drawn increased regulatory scrutiny. Space start-ups have been among the popular targets of these companies.

But a number of start-ups that have either merged with blank check companies or announced merger plans have disclosed investigations by the S.E.C. as it looks into potential abuses in the SPAC market.

“This case illustrates risks inherent to SPAC transactions, as those who stand to earn significant profits from a SPAC merger may conduct inadequate due diligence and mislead investors,” the S.E.C. chairman, Gary Gensler, said in a statement.

In the settlement order, the S.E.C. said Stable Road had not done enough to determine if Momentus’s claims about its rockets were true.

“The fact that Momentus lied to Stable Road does not absolve Stable Road of its failure to undertake adequate due diligence to protect shareholders,” Mr. Gensler said.

Several years ago, the Committee on Foreign Investment in the United States, an intergovernmental agency, had considered Mr. Kokorich a security risk. The government’s concerns led him to step down from the company in January, two months after the merger was announced. The S.E.C. said his shares had been placed in a trust.

Under the terms of the agreement, Momentus, Stable Road, its sponsor SRC-NI, and its chief executive, Brian Kabot, agreed to pay $8 million in penalties. Mr. Kokorich did not settle with the S.E.C., and regulators filed a civil complaint against him in federal court in Washington, alleging that he was “reckless” or potentially reckless in not sharing information about the government’s concerns about him with Stable Road.

Mr. Kokorich, a Russian citizen living in Switzerland, could not be immediately reached for comment. Thomas Gorman, his lawyer, said Mr. Kokorich “believes the firm has a bright future.”

“The claims of the S.E.C. are unfortunate, but he looks forward to their resolution in a most favorable way for him,” Mr. Gorman added.

The S.E.C. notified Stable Road in January that the agency was looking into the planned merger, the company disclosed earlier. The deal between the two companies was on shaky ground even before the S.E.C. action; Stable Road noted in a regulatory filing that it had “experienced a number of operational and regulatory delays.”

The level of due diligence done by the owners of blank check companies when choosing merger partners is one of the criticisms of the SPAC market — especially with so many cash-rich companies chasing after start-ups to acquire.

Normally, when a SPAC raises money from investors in an initial public offering, those funds are returned to investors if it cannot find a company to acquire within two years. Stable Road raised about $172 million in an I.P.O. in November 2019.

In settling with the S.E.C., Stable Road, Momentus and Mr. Kabot neither admitted nor denied the allegations. The parties agreed to allow investors in a private placement that was put together to help pay for the deal to redeem their money.

The S.E.C. said the settlement and the civil suit against Mr. Kokorich would provide shareholders of Stable Road with the adequate information as to whether to approve the deal or not.

Stable Road traded as high as $25 a share in January, but has lately traded for less than half that.