Russian Soldiers Took Their City, Then Their Homes 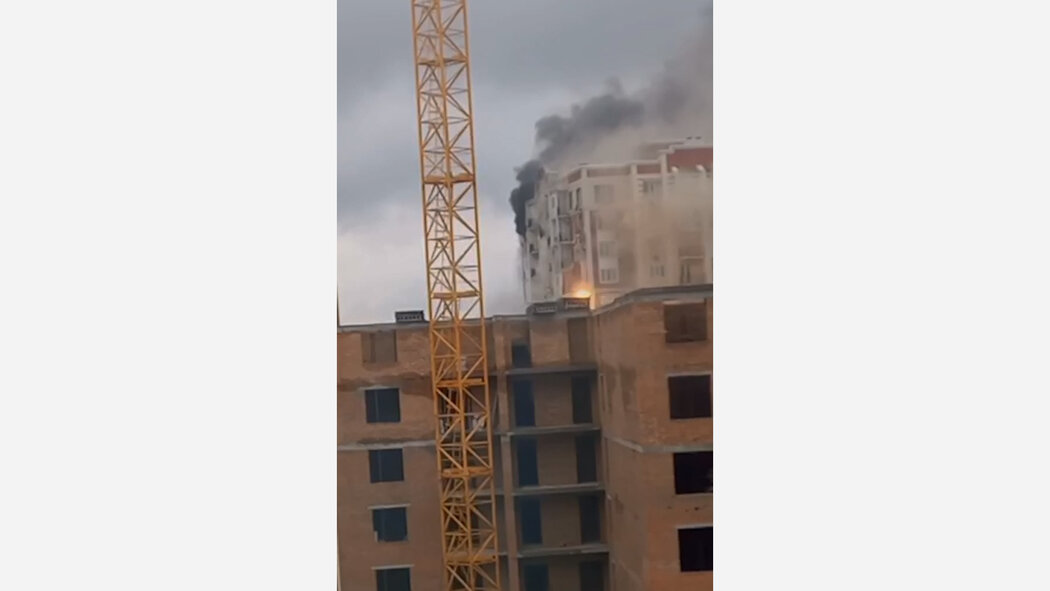 As Russian forces pushed toward Kyiv, they stormed an apartment complex in a nearby suburb and held residents hostage. Some of it was caught on camera.

KYIV, Ukraine — For days, Roman Naumenko and his neighbors at the Pokrovsky apartment complex outside Kyiv had been watching from a few short miles away as Russian forces tried to take over a nearby airport.

“I saw helicopters that were firing, coming one after the other,” he said. “It was a huge shock. I couldn’t believe it was real.”

Residents would stand outside their buildings filming the destruction with their cellphones.

Each day, Russian forces drew closer and closer to the apartment complex. On March 3, one of the buildings was directly hit by a missile. More than 150 families were still in the 14-building residential complex at the time, a building manager told The New York Times.

And then, later that same day, troops were literally at Mr. Naumenko’s doorstep.

“We saw the Russian infantry on the security camera of our building,” he said. “From that moment, the Russians stayed.”

They made around 200 residents stay too, holding many of them hostage in the basements of their own buildings, forcing them to hand over their phones and taking over their apartments. Others were able to avoid detection but still were essentially prisoners in their own homes as Russian forces moved into the buildings, which had housed 560 families, and took up sniping positions.

The Times interviewed seven residents of the Pokrovsky apartment complex in the town of Hostomel, about 10 miles northwest of Kyiv. All experienced the assault and the captivity firsthand before finding ways to flee. Using their accounts, along with footage from security cameras and cellphones, The Times was able to piece together what it looked and felt like as Russian forces closed in.

“It was really scary,” said Lesya Borodyuk, a 49-year-old resident, tearing up at one point as she spoke. “I wrote to my daughter. I was saying goodbye to her. I told her that probably we will be bombed now.”

Outside in the parking lot, security cameras showed at least a dozen Russian troops and infantry fighting vehicles. Soldiers shuttled heavy machine guns and forced a man inside a building at gunpoint.

Ksenia, who asked to be identified only by her first name, watched with her husband and children from their second-floor window as Russian forces arrived at their building.

“We didn’t know what could happen to us,” she said. “It was just a total state of fear.”

One group of soldiers used rifles to smash open the front door of an apartment building. Once inside, they entered the elevator and destroyed its security cameras. In some buildings, soldiers went floor by floor tearing doors off hinges and raiding apartments, residents said.

Within a few hours, according to the seven residents The Times spoke to, Russian soldiers had seized the entire complex and trapped close to 200 civilians inside various buildings.

“People were kicked out of the apartments,” said Elena Anishchenko, who was planning to celebrate her 33rd birthday with neighbors the day the soldiers arrived. “They didn’t ask anyone anything, they would just tell them to go to the basement.”

Many of the residents had their phones and laptops confiscated or destroyed.

“They told us — ‘Don’t be mad at us, but if we find your phone, you will be shot on the spot,’” Ms. Anishchenko said.

Cut off from the outside world, Ms. Anishchenko said she couldn’t read the news or speak to her family.

Some residents like Ksenia were able to remain in their homes — perhaps because she had an infant.

Others went unnoticed. Mr. Naumenko and his wife hid on the seventh floor of their building. He still had his phone, which he would turn on once a day to text his family that he was still alive.

Families worry: ‘I cannot get in touch.’

Friends and relatives of those trapped in Pokrovsky were in agony. In chat groups and via text messages, they had seen clips and screen shots of Russian soldiers as they seized the complex. Then the messages from their loved ones just stopped.

Iryna Khomyakova, a resident’s daughter, saw the closed-circuit television footage of the soldiers entering the elevator. Worried, she called her mother, who said that Russian soldiers had just entered the building and that she was forced with others into the basement.

“My mom’s phone died,” she said on March 9, and she hadn’t heard from her in days.

Hanna Yaremchuk told The Times via text message that she was out of touch with her father for days, adding that he was also being held in a basement. She wondered: “Is he alive at all? !!! I do not know!”

For those being detained, the ability to move around depended on the guards.

Ms. Borodyuk and others in her basement were permitted to go to their apartments to get food and warm clothes to help withstand the cold of the brick basement. Neighbors were permitted to cook together and intermingle.

The Russians guarding Ms. Anishchenko’s basement were more strict. They allowed the residents only short, supervised visits to their apartments to get food and supplies for everyone.

“People were panicking,” Ms. Anishchenko said, “Everyone was past their breaking point.”

Eventually, a hundred or more soldiers were patrolling outside the buildings, and some were even living in the apartments.

On the seventh floor, Mr. Naumenko and his wife continued to evade detection. Recent shelling in the area had blown out their windows and the temperature had dropped below freezing. With no electricity, they improvised ways to cook, lighting oil in a saucer to warm up food and using a candle to heat a can of water. Without heat in the building, they slept fully dressed and wearing jackets.

In Ksenia’s apartment, each day involved securing enough food to feed her children and surviving to the next morning. Her new life was a far cry from what she envisioned.

“We were waiting for this apartment for four years,” Ksenia said. “We invested in the renovation. But even this doesn’t matter now.”

Assault on Mariupol broadens. Russian forces continued to bombard the besieged coastal city and have forcibly deported thousands of residents, according to local officials. Among the freshly devastated was an art school, where about 400 residents were hiding, city officials said.

Signs of a stalemate take shape. With Russia’s advance on Ukraine’s major cities stalled and satellite imagery showing soldiers digging into defensive positions around Kyiv, a consensus is emerging in the West that the war has reached a bloody stalemate.

A Ukrainian base is hit. A missile attack on barracks in the southern city of Mykolaiv killed more than 40 marines, a Ukrainian official said. That would make it one of the single deadliest attacks on Ukrainian forces since the start of the war, and the death toll could be much higher than reported.

Chernobyl workers are relieved. After more than three weeks without being able to leave the nuclear power plant in northern Ukraine, 64 workers were able to be rotated out, officials said. Staff at the plant have been trapped since Feb. 23, a day before Russian forces took control of the site.

‘We will liberate you from Nazis’

Outside, the fighting was relentless.

“We got used to the sounds of shooting and we learned to tell one from the other,” Mr. Naumenko said. “Whether it was far or close. Whether it was going into our building or above the building. We could hear that.”

Inside the apartment complex, the soldiers were telling their prisoners that Ukraine was about to be liberated, Ms. Anishchenko said.

Ms. Borodyuk recalled a more senior Russian officer attempting to comfort a girl in the basement where they were detained. “He said: ‘My daughter is 8 years old too. I love her very much. I miss her. Don’t be afraid, little girl, we will liberate you from Nazis.’”

Ms. Borodyuk said some of the younger Russian troops didn’t even know why they were in Ukraine. When captives asked one soldier why he was here, he replied, weeping: “Where am I? What should I do?”

On March 9, Russia and Ukraine agreed to briefly establish several humanitarian corridors to allow civilians safe passage out of conflict areas. But the Russian soldiers at Pokrovsky failed to inform their prisoners.

Ms. Anishchenko heard by chance. During a supervised food visit to her apartment, she saw a convoy moving with white flags from the window and asked a Russian soldier what was happening. He told her there was a 72-hour no-strike corridor in place. She and some of her neighbors packed a bag and ran.

On their way out, the scene was grim. “We saw dead bodies laying on the ground,” she said. “We saw crashed and burned cars with bodies inside.”

Mr. Naumenko turned his phone on and saw information in a WhatsApp group about the humanitarian corridor evacuation. He and his wife quickly gathered their things.

While leaving the complex, a soldier warned them that he would not shoot him, but those patrolling elsewhere might.

They fled anyway and escaped unharmed — along with all the other residents The Times spoke with. Naumenko is now in Kyiv, where he plans to stay — and perhaps fight.

“The things I saw in Hostomel were a nightmare. I don’t want this to come here,” he said.