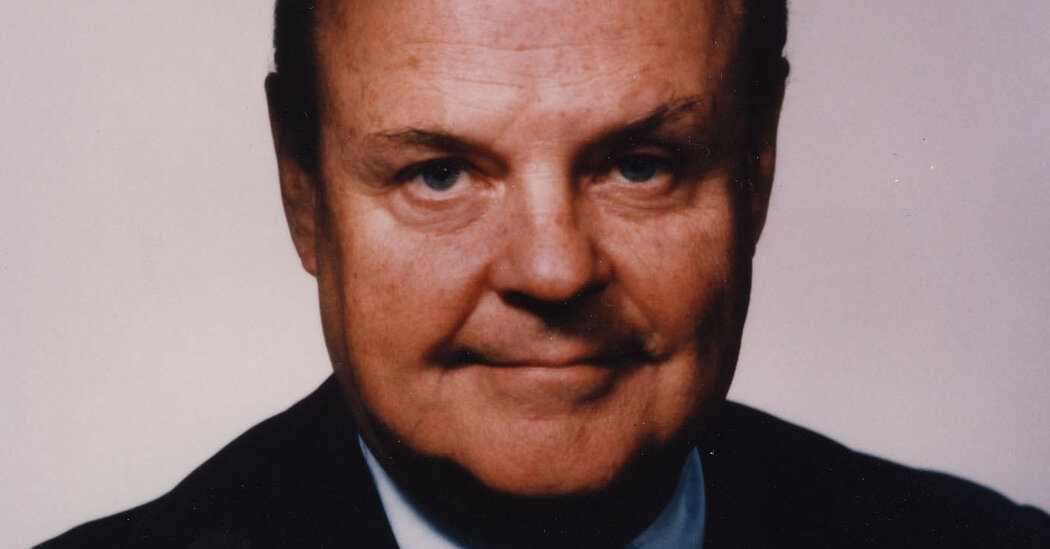 He took over a storied but struggling agency, McCann Erickson, in the early ’80s and pushed it to become the biggest in the world, with a foot in 99 countries.

Robert L. James, who as chief executive of McCann Erickson helped restore its luster as an advertising powerhouse in the 1980s, making it the largest agency in the world, died on Sunday at his home in Greenwich, Conn. He was 84.

Anne James, his wife of 53 years, said the cause was pancreatic cancer.

McCann Erickson, an agency enshrined in advertising lore and today known as just McCann, had struggled in the late 1970s. Key employees, including a creative executive behind the 1971 Coca-Cola commercial “Hilltop,” which featured the popular song “I’d Like to Buy the World a Coke” — jumped ship to start another agency. In another move that startled Madison Avenue, that agency proceeded to poach from McCann the mammoth Miller Brewing account, which had accounted for a sixth of its billings.

Mr. James, who had started his career working for soap companies like Procter & Gamble and Colgate-Palmolive, had been climbing Madison Avenue’s corporate ranks when, at 44, he joined McCann as vice chairman in 1981, put in charge of overseeing its American business.

In 1984, he was named chief executive of McCann-Erickson Worldwide, and over the next decade, from offices festooned with nautical artifacts — he was a passionate sailor and scuba diver — he oversaw the agency as it doubled in size, extended operations to 99 countries, from 65, drew assignments from major clients like Gillette, Johnson & Johnson and Unilever and increased annual revenue to more than $1 billion a year (more than $2 billion in today’s money).

After retiring in 1994, Mr. James had a busy second act in philanthropy and civic work, serving as chairman of the President’s Circle of the National Academy of Sciences, the Smithsonian National Air & Space Museum and the ad industry trade group 4As.

He also engaged in what his wife described as the “four S’s”: sailing, scuba diving, shooting and skiing. Mr. James went on some 400 dives around the world, attended shooting expeditions in England, Argentina and Russia and was a commodore of the New York Yacht Club for a year, she said. A member of the club for almost 50 years, he owned a 94-foot sailing yacht named Misty and participated in many biennial races from Newport, R.I., to Bermuda.

“He was passionate and competitive in both his work and his personal life,” Bill Kolb, the chairman and chief executive of McCann Worldgroup, of which McCann is now a part, wrote in a tribute to Mr. James that was sent to McCann employees.

Mr. James’s lifelong motto, he said, was, “What one can conceive, one can achieve.”

Robert Leo James was born on Sept. 23, 1936, at NewYork-Presbyterian Hospital in Manhattan, where decades later he became a trustee. He grew up in New York, the only child of Mildred Virginia James, who worked with Farm Journal Magazine, and Leo Francis James, who escorted mail for an export service.

After skipping three grades as a child, he then attended Fordham Preparatory School and later earned a bachelor’s degree from Colgate University in upstate New York, studying literature. He earned an M.B.A. degree from Columbia University.

After starting his career with Procter & Gamble and later Colgate-Palmolive, he went on to join the ad agency Ogilvy & Mather, where he supervised the Lever Brothers soap account. He also met his future wife at Ogilvy.

In 1968, at age 32, he became senior vice president at the Marschalk agency, then chief executive and later vice chairman at the parent company, Interpublic, before joining McCann, an agency with roots in the early 20th century.

Mr. James was inducted into the Advertising Hall of Fame in 2010 with a video packed with swelling music and nautical imagery, his face superimposed on a fluttering sail.

After retiring he split his time among his homes and boats in Greenwich, Fort Lauderdale, Fla., and Newport.

He was a trustee of the Woods Hole Oceanographic Institution in Massachusetts and of the World Ship Trust. Last year he donated $2 million to the National Academy of Sciences to establish the James Prize in Science and Technology, for researchers working across disciplines.

In addition to his wife, he is survived by a daughter, Victoria Lincoln; two sons, Robert Jr. and Jeffrey; seven grandchildren; and four great-grandchildren.

Egg prices in the United States could be about to rise even higher as a massive fire destroyed a large coop at one of...
Read more

A sign marking the entrance to Bridgeland is down another letter, and the incident has prompted the City of Calgary to step in to...
Read more