Richard Schultz, Designer Who Made the Outdoors Modern, Dies at 95 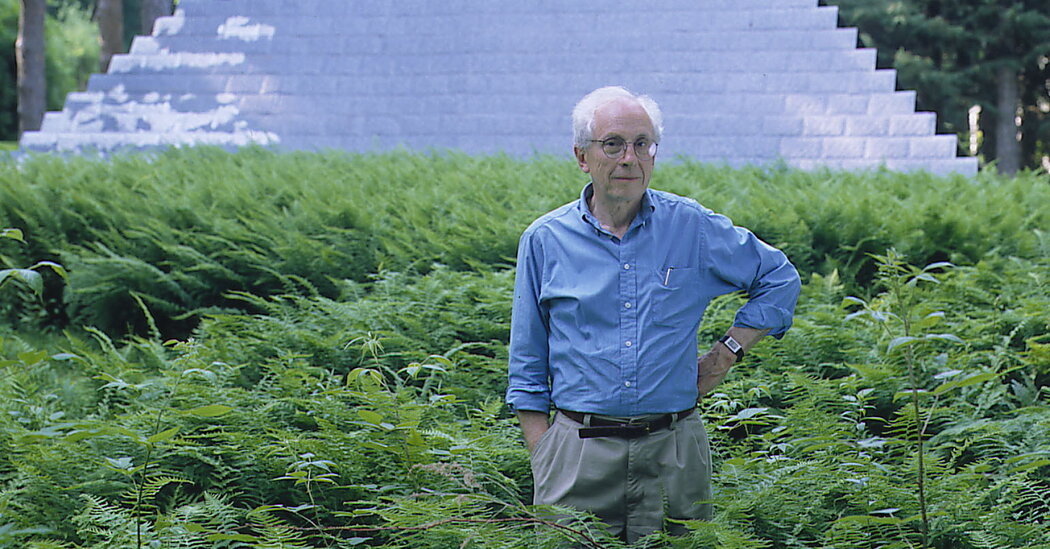 Working for Knoll, Mr. Schultz created furniture that became classics. One standout: a sleek mesh and aluminum chaise with wheels.

Richard Schultz, the ingenious industrial designer whose furniture collections for Knoll, the design laboratory that streamlined American interiors, are among the classics of modern design, died on Sept. 28 in Princeton, N.J. He was 95.

He had been in ill health, his son Peter said.

Rust was the catalyst for Mr. Schultz’s most enduring design: an elegant, clean-lined outdoor chaise made from plastic mesh, aluminum tubes and a pair of wheels.

Florence Knoll, Mr. Schultz’s boss, had taken a few metal chairs by the sculptor and designer Harry Bertoia to her seaside house in Florida, and they had rusted out. (The Bertoia chairs are another modernist classic, manufactured by Knoll, which Mr. Schultz had helped form.) She asked Mr. Schultz to make something that could withstand the elements.

In those days, in the early 60s, as Mr. Schultz wrote in “Form Follows Technique: A Design Manifesto” (2019), most outdoor furniture looked as if it had been designed before the French Revolution, “with stamped-out metal, bunches of flowers and leaves. It was very much period looking furniture.”

Mr. Schultz set to work to make outdoor pieces with no extraneous curves.

The chaise from the Leisure Collection, as it was called — a name that made its designer wince — was an instant hit when it came on the market in 1966. The Museum of Modern Art acquired its sleek prototype for its permanent collection. More than five decades later, it is still in production.

Writing in The New York Times in 1999, William L. Hamilton said that it was “still as crisp to see and sit in as a summer-weight suit.”

An earlier, more fanciful outdoor piece, Mr. Schultz’s petal table, was inspired by Queen Anne’s lace, with separate teak “petals” sprouting from individual metal stems that collect at the base. The clever design allows the petals to expand and contract with the elements. It, too, was quickly acquired by MoMA.

These two museum pieces, “the table, with its big petals and the chaise, with its training wheels,” wrote Paola Antonelli, senior curator of architecture and design at MoMA, in an email, “always struck me as two characters from a silhouetted 1960s cartoon, materialized in real life by an equally exact and optimistic manufacturer. For an Italian design buff, it was ‘America’ at its finest.”

In the early 1990s, Mr. Schultz had been on his own for decades, selling his designs to various furniture companies, including Knoll, when he began working with cardboard and then sheet metal, punching holes in the material to simulate the dappled shade of sunlight piercing through leaves, and slicing the pieces into simple shapes to make chairs and sofas for a collection he called Topiary.

“I wanted to design a chair which looked like a shrub pruned to look like a chair,” Mr. Schultz said. “I am fascinated by the way sunlight comes through the leaves of shrubbery. This furniture acts like a light filter, disappearing into nature. Sometimes the pattern looks like flowers. Covered with dew it looks alive.”

The major outdoor furniture manufacturers found this work too weird to buy, however, said Peter Schultz, so he encouraged his father to make it himself. He did, with the help of Peter, an architect. Knoll had dropped the Leisure Collection in the 1980s, and father and son produced that, too. The company gave Mr. Schultz the license and the molds it was made from, and he promptly renamed it the 1966 Collection. In 2012, Knoll bought the collection back.

Moses Richard Schultz was born on Sept. 22, 1926, in Lafayette, Ind. His father, Bernard, owned a chain of local clothing stores; his mother, Mary (Howard) Schultz, was a homemaker. As a child, Richard made steam engines in the family basement, and his mother thought he should be an engineer. Math, it turned out, was not his strongest subject, so he dropped out of Iowa State University and enlisted in the Navy, where he worked as a radio operator.

After his military service, he entered the Institute of Design in Chicago, an industrial design school founded by a former Bauhaus professor, Laszlo Moholy-Nagy, that was otherwise known as the new or American Bauhaus, which is to say it was dedicated to promoting good design in everyday objects.

After graduating in 1950, he spent the summer sketching in Europe. He showed up at the Knoll offices in New York City, without an appointment, and was hired on the spot by Florence Knoll on the strength of his those sketches.

His wife-to-be, Trudy Busch, was working in the planning department, and they married in 1953. As his son Peter recalled, Mr. Schultz wasn’t much of an office guy, and so Ms. Knoll sent him to Pennsylvania, where the Knoll factory was, to work with Harry Bertoia.

Mr. Schultz marveled at Mr. Bertoia’s process, which was to design from the materials he was working with, rather than making a sketch or a model. To create what would become the Diamond chair, Mr. Bertoia fashioned a rough platform to sit on, and then sculpted forms out of wire around him, refining as he went. It was Mr. Schultz’s job to help him make the chair work. (They used the rubber shock gaskets found in car engines, for example, to anchor the seat to the chair frame.)

“‘Form follows technique’ is more of a governing idea than ‘form follows function,’” Mr. Schulz wrote, noting the Bauhaus tenet. “If comfort is a given, then what controls form is the choice of materials and technique.”

In 1972, Knoll laid off its designers; it was far cheaper, the company realized, to pay royalties instead of salaries. Mr. Schultz bought tools with his severance pay and set up a design shop on his property, 49 acres of farmland in Bally, Pa.

There, his family lived in a farmhouse outfitted with Mr. Schultz’s prototypes, bits and pieces repurposed from Knoll’s development studio and furniture he made himself. Lampshades were fashioned from accordion-folded drafting paper, or Japanese rice paper lanterns.

Money was tight, and Ms. Schultz went to work as a waitress in a local restaurant. The Schultzes could not afford new tires, so the family car, a Morris Minor, was prone to blowouts. “There was a time I wished I had a regular dad who was an executive and drove a Cadillac,” Peter Schultz said.

In 1978, the family fortunes lifted when Mr. Schultz designed an upholstered office chair called Paradigm and it was snapped up by a furniture company in Michigan.

In addition to his son Peter, Mr. Schultz is survived by two other sons, Steven and David, and four grandchildren. Ms. Schultz died in 2016. Their daughter, Monica Fadding, died in 2006.

Mr. Schultz often said that he and his colleagues at Knoll weren’t designing to satisfy the demands of a market. They made what interested them, and they had a boss who encouraged their explorations. “Good design is good business,” Ms. Knoll told them.

“There was no market for such designs,” Mr. Schultz wrote in his design manifesto. “There was no style that existed that architects and designers were trying to fit into. But, in the modern era at least, there was something in the air: a zeitgeist that existed and could be felt by those working at the time. There was a great sense of optimism. We lived in the present and we were inventing it as we went along.”

City of Penticton, B.C. asking residents to fill out survey on public transit

BC Transit and the City of Penticton, B.C., are asking for feedback from residents on how to restructure the city’s public transit system. It’s been...
Read more