Home Business Plan Race to the Future: What to Know About the Frantic Quest for...
Business Plan

Race to the Future: What to Know About the Frantic Quest for Cobalt 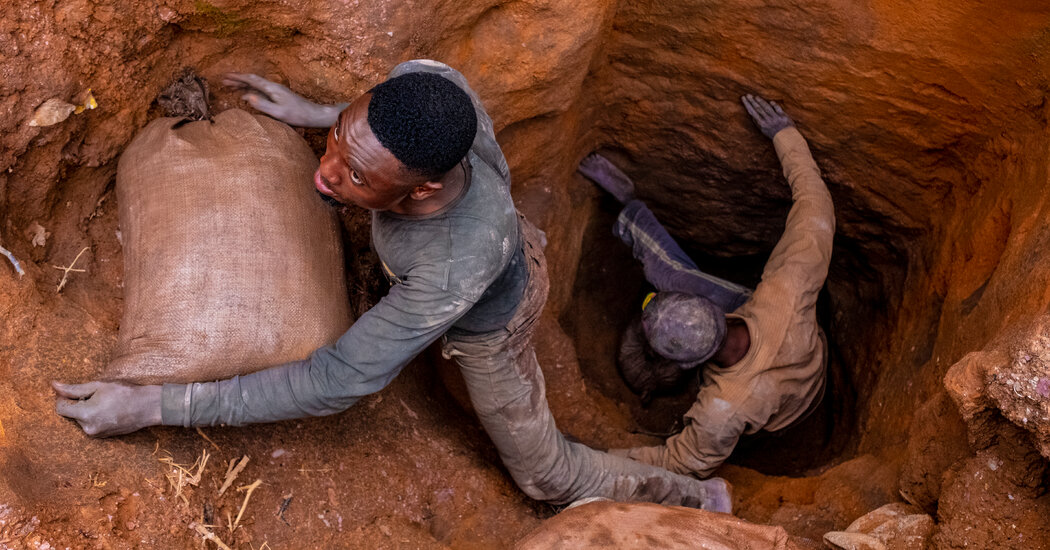 A New York Times investigation examines the global demand for raw materials as the clean energy revolution takes off. This is what we found.

The clean energy revolution is replacing oil and gas with a new global force: the minerals and metals needed in electric car batteries, solar panels and other forms of renewable energy.

Places like the Democratic Republic of Congo, which produces two-thirds of the world’s supply of cobalt, for example, are stepping into the kinds of roles once played by Saudi Arabia and other oil-rich nations. And a race between China and the United States to secure supplies could have far-reaching implications for the shared goal of protecting the planet.

An investigation by The New York Times drew on interviews with more than 100 people on three continents and thousands of pages of financial, diplomatic and other documents. Here are some of the findings.

The United States is vulnerable to price shocks and supply shortages as it embraces green energy.

The American government failed to safeguard decades of diplomatic and financial investments it had made in Congo, even as China was positioning itself to dominate the new electric vehicle era.

The sale, starting in 2016, of two major cobalt reserves in Congo by an American mining giant to a Chinese conglomerate marked the end of any major U.S. mining presence in cobalt in the country.

Chinese battery makers have forged agreements with the mining companies to secure steady supplies of the metal.

Beijing bankrolled a buying spree of mines in Congo, locking up a key supply chain.

As of last year, 15 of the 19 cobalt-producing mines in Congo were owned or financed by Chinese companies, according to a data analysis. The companies had received at least $12 billion in loans and other financing from state-backed institutions, and are likely to have drawn billions more.

The five biggest Chinese mining companies in Congo that focus on cobalt and copper mining also had lines of credit from Chinese state-backed banks totaling $124 billion.

One of the government-backed companies, China Molybdenum, which bought the two American-owned reserves, described itself to The Times as “a pure business entity” traded on two stock exchanges. Records show 25 percent of the company is owned by a local government in China.

The Congolese are reviewing past mining contracts with financial help from the American government, part of a broader anti-corruption effort. They are also examining whether Chinese promises to build roads, schools, hospitals and other infrastructure were kept.

Separately, Chinese Molybdenum is being accused of withholding payments to the government at its Tenke Fungurume cobalt and copper mine. The company said it had done nothing wrong, and questioned if there was an organized effort to undermine it.

China has an idiom that goes something like: “Where there is a will to condemn, evidence will follow,” a spokesman said. “Vaguely I feel that we may be caught in the gaming of greater powers.”

The purchase by the Chinese of an American-owned mine was facilitated by a firm with Hunter Biden on the board.

Tenke Fungurume, one of the biggest cobalt mines in the world, was controlled by an American company, Freeport-McMoRan. Then it was sold in 2016 in a series of transactions worth $3.8 billion to China Molybdenum. The sale was aided by a Chinese private equity firm that bought out a minority owner in the mine.

A tense era in U.S.-China ties. The two powers are profoundly at odds as they jockey for influence beyond their own shores, compete in technology and maneuver for military advantages. Here’s what to know about the main fronts in U.S.-China relations:

Pacific dominance. As China has built up its military presence, the U.S. has sought to widen its alliances in the region. A major potential flash point is Taiwan, the democratic island that the Communist Party regards as Chinese territory. Should the U.S. intervene there, it could reshape the regional order.

Trade. The trade war started by the Trump administration is technically on pause. But the Biden administration has continued to protest China’s economic policies and impose tariffs on Chinese goods, signaling no thaw in trade relations.

Technology. Internet giants have mostly been shut out of China, but plenty of U.S. tech companies still do big business there, raising cybersecurity concerns in Washington. Mr. Xi has said China needs to achieve technological “self-reliance.”

Human rights. Under Mr. Xi, China’s confrontations with the U.S. over values and freedoms have become more frequent, including standoffs over Beijing’s crackdown on pro-democracy protests in Hong Kong and mass detentions of Muslims in Xinjiang.

World leadership. China’s leaders see signs of American decline everywhere and they want a bigger voice in global leadership, seeking a greater role in Western-dominated institutions and courting allies that share their frustration with the West.

A founding board member of the private equity firm was Hunter Biden, son of the American president. A Washington company that had been controlled by Mr. Biden remains a shareholder in the firm, according to Chinese financial documents. Chris Clark, a lawyer for Mr. Biden, said his client “no longer holds any interest, directly or indirectly,” in the Washington and Chinese firms. Filings in China show he is no longer a board member of the Chinese firm. Mr. Biden did not respond to requests for comment.

When asked if the president had been made aware of his son’s connection to the sale, a White House spokesman said, “No.”

Chinese ownership has increased the global supply of cobalt, but workers complain of safety lapses.

Increased mining and refining of cobalt by Chinese companies has helped meet the growing demand worldwide. But at least a dozen employees or contractors at the Tenke Fungurume mine told The Times that Chinese ownership had led to a drastic decline in safety and an increase in injuries, many of which were not reported to management.

The company said that the complaints were probably fabricated, and that it had actually increased safety.

The United States is behind in the race for minerals.

As the world pivots to a future focused on electric vehicles, the United States is playing catch-up, though both Congress and the Biden administration are now making first steps. Legislation passed the House on Friday that would provide more than a half-trillion dollars toward shifting the U.S. economy away from fossil fuels to renewable energy and electric cars.

“It’s a national security imperative that the United States ensure the 21st century doesn’t repeat the vulnerabilities of the 20th century,” he said.

Already two years behind schedule, the Cybertruck has experts wondering how the company will manufacture its unusual stainless steel “exoskeleton.”More than three years after...
Read more