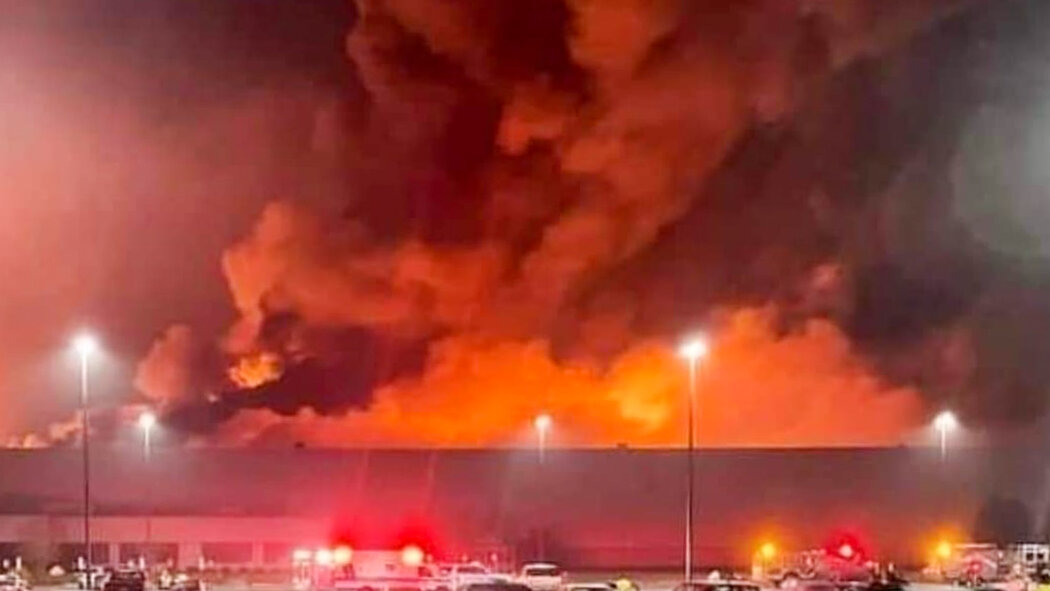 The blaze, which began on Saturday morning, damaged up to 75 percent of a 1.2 million-square-foot building in Rocky Mount, N.C.

A huge fire broke out at a distribution center for QVC, the home shopping network, on Saturday morning in Rocky Mount, N.C., ripping through the 1.2 million-square-foot building and damaging three-quarters of it, officials said.

The fire was reported at about 2 a.m., Eric Evans, the manager for Edgecombe County, N.C., told reporters.

“Significant loss but we’re very hopeful that it’s not a total loss and that they’ll be able to rebuild here,” he said.

There were 300 employees in the building when the fire started, Mr. Evans said at a news conference on Saturday afternoon. QVC and the authorities believe that everyone in the building made it out safely, he said, though one person remained unaccounted for.

Corey Mercer, the Rocky Mount fire chief, said the fire was not yet fully under control and that 45 agencies from six counties responded. It was not immediately known what caused the fire or where it began.

By 3 p.m., the fire had damaged up to 75 percent of the building, Chief Mercer said.

Television footage of the fire early Saturday morning showed bright flames and thick smoke billowing from the complex off Highway 64.

In a statement, QVC said it employed about 2,000 people at the building. It is one of the largest employers in Rocky Mount, a city of about 54,000 people, 60 miles east of Raleigh.

“At this time, we are focused on the safety and well-being of our team members,” the company said. “In addition, we are also working to understand the full impact to products and orders and will provide further details to our customers and vendor community as soon as they are available.”

The Rocky Mount Chamber of Commerce said the fire could affect 2,500 families in the area.

“We are saddened to wake up to the news of the terrible fire at the QVC Distribution Center in Rocky Mount,” the organization said on Facebook. “Our thoughts and prayers are with the employees of QVC and our brave first responders.”

The distribution center has been in Rocky Mount for more than 20 years, Mr. Evans said.

“This is devastating, to get this call,” he said.

It’s a place where veterans in Edmonton unite, play games and socialize. The Royal Canadian Legion Norwood Branch 178 has been around since the...
Read more