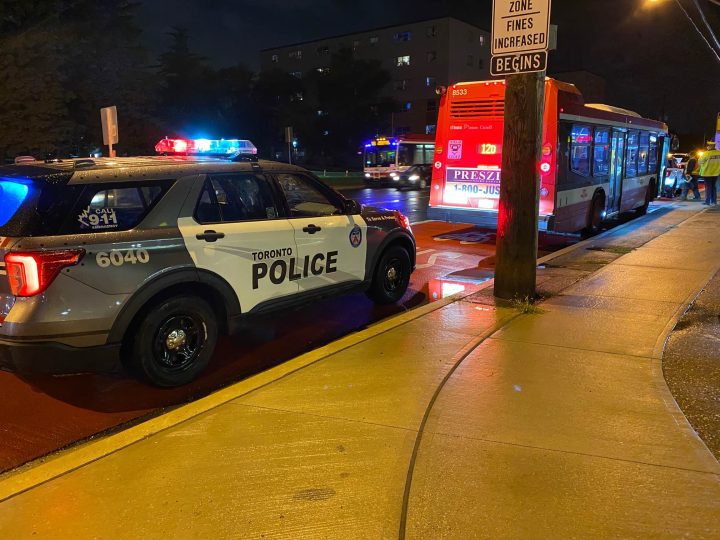 Toronto emergency services are on the scene of an incident in Scarborough after a bus reportedly struck a pedestrian.

In a tweet, Toronto police said they were called to the area of Kingston Road and Morningside Avenue at around 7:20 p.m. on Monday.

Police said they received reports the collision involved a TTC bus and a pedestrian.

Neither police nor paramedics confirmed the pedestrian’s condition but paramedics said one person was transported to a local trauma centre.

The intersection was closed following the collision.