Photos From Kramatorsk After the Rocket Assault 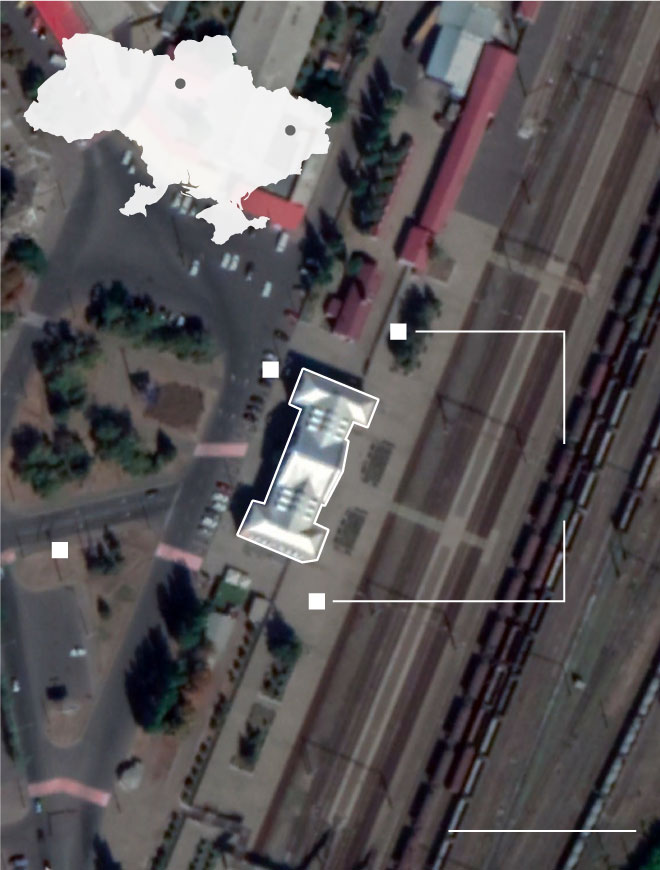 A railway station in eastern Ukraine had been a main departure point for people seeking to escape an expected Russian onslaught. A rocket assault left at least 50 dead.

One moment they were packed onto the platform at the Kramatorsk train station, hundreds of them, heeding the pleas of Ukrainian officials to flee ahead of a feared Russian onslaught. The next moment, death rained from the air.

At least 50 people were killed and many more wounded in a rocket assault Friday morning that turned the Kramatorsk platform into another atrocity in the six-week-old war. Ukraine blamed Russia, which denied any responsibility.

Kramatorsk, in eastern Ukraine, has been a main departure point for thousands trying to leave for safer points west this week. Crowds were seen gathering at the station on Tuesday.

How many rockets struck was not immediately clear. But several parked cars also were hit, catching fire and turning into charred hulks.

The waiting area turned into a kill zone, with bodies and belongings strewn about. “There are just children!” one woman cried.

The bodies were seen at several places along the station platform. Nearby, the remains of a missile were found on a patch of grass.

Ukrainian officials had been warning for days that Russian forces, after having retreated from the north, were regrouping for a major push east. Ukraine’s railway service said after the Kramatorsk attack that evacuations would proceed from nearby Sloviansk.

Ukrainian police inspected the remains of the rocket, which had the words “for our children” in Russian. Russia accused Ukrainian forces of undertaking the attack as an anti-Russian provocation.

Shock and grief after the attack.

An untended casualty on the platform.