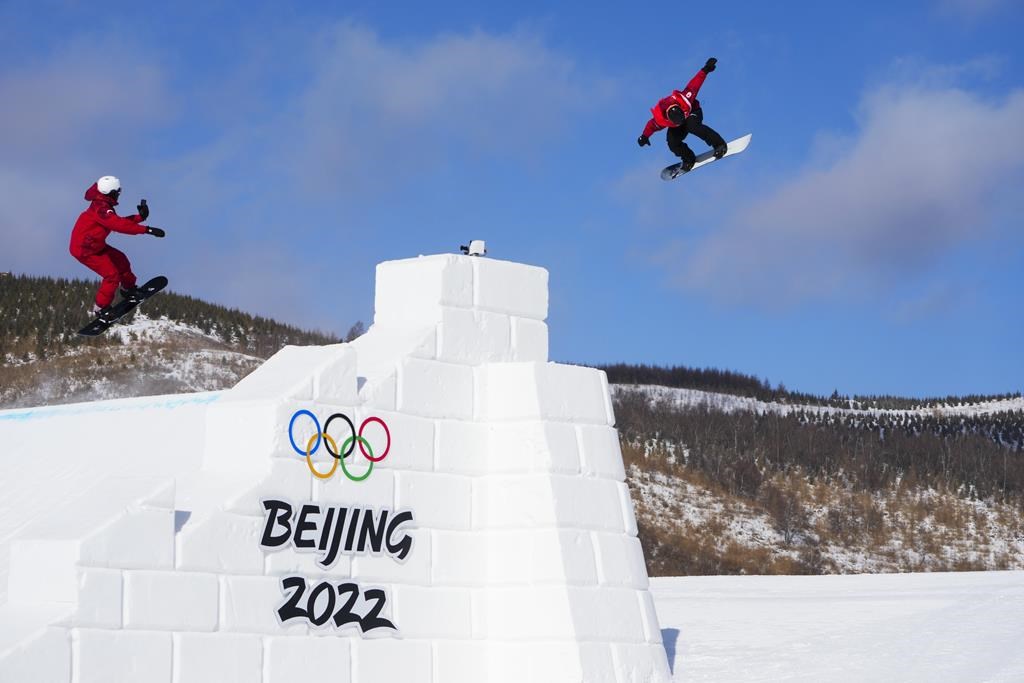 Ontario Premier Doug Ford says the province is on track to “very soon” lift “almost all” COVID-related restrictions on businesses.

The premier made the remarks during a press conference Friday morning, where he declared a state of emergency in the province due to ongoing protests and blockades, sparked by opposition to COVID-19 measures.

Ford said he understands many people are frustrated, but urged the “illegal occupation” in Ottawa and at the Ambassador Bridge in Windsor to end.

“There’s no doubt these were the right decisions,” Ford said of his government’s move to impose measures in a bid to combat COVID-19.

“There’s no doubt they protected our hospitals from collapse and saved lives. Today, we’re on track to very soon remove almost all restrictions for businesses as part of our reopening plan. And we heard from Dr. Moore last week and again yesterday that he is now working on a plan that will allow us to remove the vaccine passport system.”

On Thursday, the province’s chief medical officer of health Dr. Kieran Moore indicated that he is working on a review of all public health measures currently in place, including mask mandates and the proof of vaccination system.

“We are reviewing all of them in the coming days and anticipate we will make recommendations to government as soon as next week,” Moore said while referencing improving COVID-19 trends in Ontario.

Moore said there will be “greater clarity” for Ontarians regarding the processes that will be put into place and the timelines for the removal of “all public health measures.”

Both Moore and Ford insisted that they were not being influenced by the ongoing protests and said that the decisions that will be made will be based on the best scientific evidence.

“It’s been a plan that we’ve been working on for months,” Ford said.

“We’re waiting for recommendations from Dr. Moore. I think we all heard very clearly last week and this week that Dr. Moore wants to move forward with these measures. And once we take that recommendation, we’ll bring it to cabinet and we’ll make the decision.”

Ford was also asked about a video circulating online in which the premier over the phone says, “We’re pulling these passports, we’re going to get back to normal.”

“I can’t give you the exact date but it’s going to be very soon,” he continues, adding that a date for removal may be announced Monday.

The premier was asked whether that meant he has already made up his mind without having yet received a recommendation from Moore.


Ford said that isn’t the case and insisted his comments were based on indications from Moore that he is intending to recommend the removal of the passports.

“I will never, ever negotiate, [with] people that break the law,” Ford said.

“I base it on health, I base it on science. Dr. Moore has clearly said it’s time to move forward. I look forward to Dr. Moore’s measures and recommendations and will continue to work with Dr. Moore to reopen safely and cautiously.”

A current government timeline for lifting public health measures shows most being lifted by March 14. A timeline to lift some measures, including masking and proof of vaccination, has not yet been provided, however.

Here’s what’s open at 50% capacity in Ontario on Jan. 31 as restrictions ease

Under a previous plan released in the fall, the government intended to lift masking and the proof-of-vaccination system by the end of March. That plan was halted after COVID cases surged.

Moore also hinted Thursday that the current timeline could be moved up given improving COVID-19 trends, though he noted that decisions on lifting restrictions are ultimately up to the government.

2:49
COVID-19: Ontario’s top doctor says province will be advised as soon as next week on plan to lift measures

COVID-19: Ontario’s top doctor says province will be advised as soon as next week on plan to lift measures

The Growing Role Of Pay In Employee Experience and Business Performance

For the last three years we’ve been worried about burnout, mental health, and work life balance during the pandemic. This week a new issue...
Read more

Have you blown a late lead? Did you just give up multiple goals to a team that pulled their goalie? Looking to regroup heading...
Read more

A former Native American boarding school reckons with its dark past