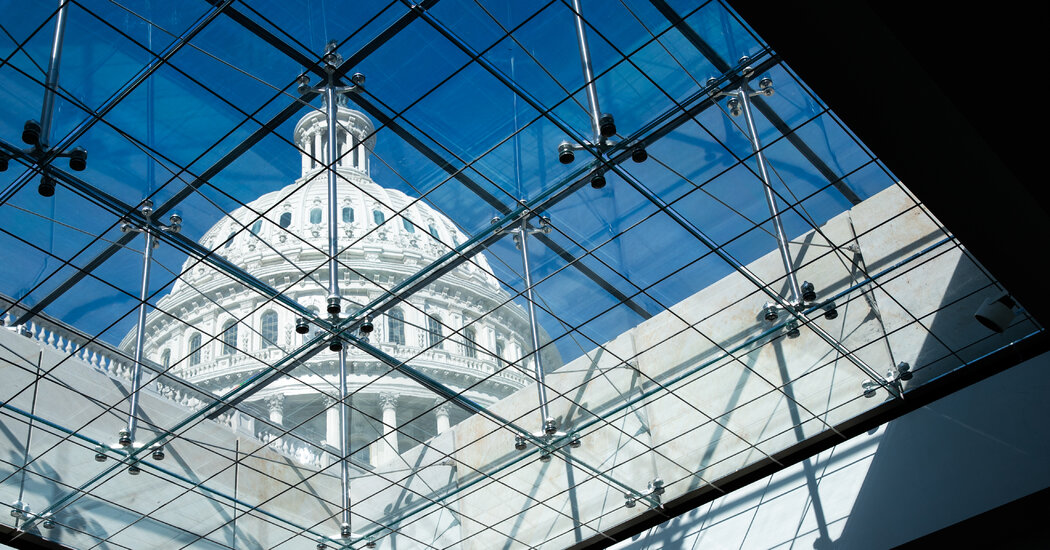 Democrats have signed on to a resolution that would for the first time give House aides the same organizing protections other federal government employees enjoy.

WASHINGTON — More than 25 years after Congress first voted to give its employees the right to unionize, Democrats are making a fresh push to make it possible for House aides to bargain collectively, an uphill effort that has exposed the often difficult realities of working on Capitol Hill.

A majority of House Democrats has signed on to a resolution that would for the first time extend to employees of their chamber the same labor rights and protections other federal workers enjoy. The measure was introduced on Wednesday, just days after a group of Capitol Hill aides announced they had formed the Congressional Workers Union to press for “meaningful changes to improve retention, equity, diversity and inclusion on Capitol Hill.”

The effort, which has been quietly in the works for a year, has been fueled by the concerns and grievances of congressional staff members working in an environment plagued by long hours, low wages, a lack of diversity, and demanding and sometimes capricious bosses. Those frustrations were exacerbated as they grappled with the grueling toll of the pandemic, as well as the violent attack on the Capitol last year and its aftermath.

The resolution faces an uncertain path in Congress, where Republicans are opposed, and it is unclear if a similar effort will take hold in the Senate, where the 60-vote threshold for most measures leaves little hope that it could succeed. But it has recently won powerful allies, including President Biden, Speaker Nancy Pelosi and Senator Chuck Schumer, Democrat of New York and the majority leader, and major unions.

And it is the latest in a string of prominent unionization efforts and labor actions across the country, including among political organizations, at a time when Americans are reassessing their relationships with work.

Lawmakers and aides are still wrestling with the practicalities of labor bargaining in an institution made up of hundreds of individual offices that operate independently and where lawmakers hold considerable sway over their offices and committees. Among the technical questions that are being examined: What exactly could aides bargain for? How, if at all, would a labor agreement cover district staff, Washington staff and interns differently? What senior aides would qualify as management?

But interviews with nearly three dozen current and former aides, including those directly involved in the organizing efforts, underscored how those who make the legislative branch function have long faced an array of workplace problems.

In Congress, jobs come with the expectation of working nights, weekends and holidays, at times with little notice. The pay is low, particularly given the high cost of living in Washington, leading to a constantly revolving door as workers leave to seek better pay and treatment. Those factors have also contributed to a lack of racial and socioeconomic diversity on Capitol Hill.

“It’s very empowering to know that staffers’ voices are going to be heard in hopes to change a culture that has been the standard for the Hill as long as we’ve known,” said Herline Mathieu, an aide to Representative Emanuel Cleaver II, Democrat of Missouri, and a former president of the Congressional Black Associates, an organization for Black staff members in the House.

Because of low pay and paltry benefits, she added, staff members of color in particular “end up having to forcibly bow out because they just cannot financially sustain themselves.”

Most of the aides who were willing to speak about their rationale for discussing and seeking union representation would only do so on the condition of anonymity, citing a lack of legal protections. Those who did, like Ms. Mathieu, stressed that they were speaking only in their personal capacity, a reflection of how difficult it can be for employees on Capitol Hill — who are generally barred from speaking to reporters unless it is cleared with their bosses — to discuss workplace issues.

One senior aide recalled watching a lawmaker berate staff with abusive and vulgar language. Another aide described a difficult week last year shortly after the Jan. 6 attack in which they did not receive extra pay despite putting in more than 60 hours.

Another employee said she had worked two additional jobs — an early-morning shift at a gym and flipping sandwiches at a weekend farmers’ market — to supplement her $35,000-a-year salary in her first part-time job in Congress, relying on empanadas at evening receptions on Capitol Hill to keep grocery costs down.

Stories like that have drawn more attention through a popular Instagram account, Dear White Staffers. It first gained notice as a meme account that pilloried the lack of diversity on Capitol Hill. But in recent weeks, dozens of former and current aides have begun using it to share their stories of toxic work environments on Capitol Hill. (The person in charge of the account, who has remained anonymous, declined to comment.)

The prospect of unionization at the Capitol first emerged in 1995 as part of the House Republicans’ “Contract with America,” as a new crop of lawmakers agreed to force Congress to adhere to civil rights and labor laws from which it had long been exempt. The Congressional Accountability Act, enacted that year, gave congressional employees the right to unionize.

But lawmakers soon balked at allowing their staffs to do so, and neither the House nor the Senate ever approved rules to extend the necessary legal protections to congressional staff who sought to organize, including rules barring retaliation.

Over the last quarter century, aides have periodically discussed unionizing, conferring privately among themselves, but the efforts gained little traction.

Then in early 2021, in the aftermath of the Capitol riot and as the pandemic raged, staff associations began uniting to push for a safer environment and better access to counseling and employee services. Initial talks that had begun in late 2020 among a group of Democratic aides took on new urgency, and they began meeting over Zoom and at times in person to explore the possibility of forming a union.

Drew Hammill, a spokesman for Ms. Pelosi, confirmed last week that she would support a unionization effort, which buoyed organizers who soon announced publicly that they had undertaken one. Mr. Schumer and the White House followed suit.

“It’s not about us as members of Congress,” said Representative Andy Levin, Democrat of Michigan, who introduced the resolution that would give legal protections for House aides to organize. “It’s about whether this group of workers has the freedom to form a union, like other groups of workers.”

Should the measure pass, one union organizer said the group envisions aides in individual offices forming their own bargaining units. Union organizers said their priorities included reducing disparities in pay, improving diversity on the Hill, making promotions and salary increases more transparent and protecting the ability to work remotely.

“In many cases, you go there for a very selfless intent, and that is very much encouraged — to act in a selfless way, work long hours, and do all those things for the benefit of the public,” said Udit Thakur, who left a role as a legislative staff member in the office of Representative Pramila Jayapal, Democrat of Washington, last year to work in the labor movement. “Then you start to feel like this is a scam, and you start to feel like the best way you can make a difference is by demanding more, not just for yourself, but for everyone around you.”

Experts at outside organizations, like Demand Progress, a progressive organization that advocates government transparency and accountability, have increasingly pushed for Congress to better address its internal inequities.

Analysis by the Congressional Research Service shows that, for nearly two decades, median salaries for many positions in the House and Senate have remained essentially unchanged — or even declined — after adjusting for inflation, especially for junior positions such as staff assistants, who typically earn between $40,000 and $45,000 per year.

The median rent for a one-bedroom apartment in Washington is $2,250 per month, according to data from Zumper, a rental listings platform.

People of color also face disparity in pay and treatment on Capitol Hill. Dr. LaShonda Brenson, a senior fellow at the Joint Center for Political and Economic Studies, which tracks racial diversity in congressional offices, said that white aides made about 8 percent more than Black aides do, according to data from 2021, because Black aides were rarely hired to fill the high-level jobs that pay the most.

London, Ont., police are asking for the public’s assistance in identifying the suspect in a sexual assault that was reported in late September. On Sept....
Read more

The Power of Offline Events for Online Communities

Opinions expressed by Entrepreneur contributors are their own. A coach knows the effort that goes into building and nurturing an online community. The internet is...
Read more

A Guelph woman is facing charges in connection with a crash involving a stolen vehicle. The Guelph Police Service was notified about a single-vehicle crash...
Read more