No, Walmart and Litecoin Are Not Partnering 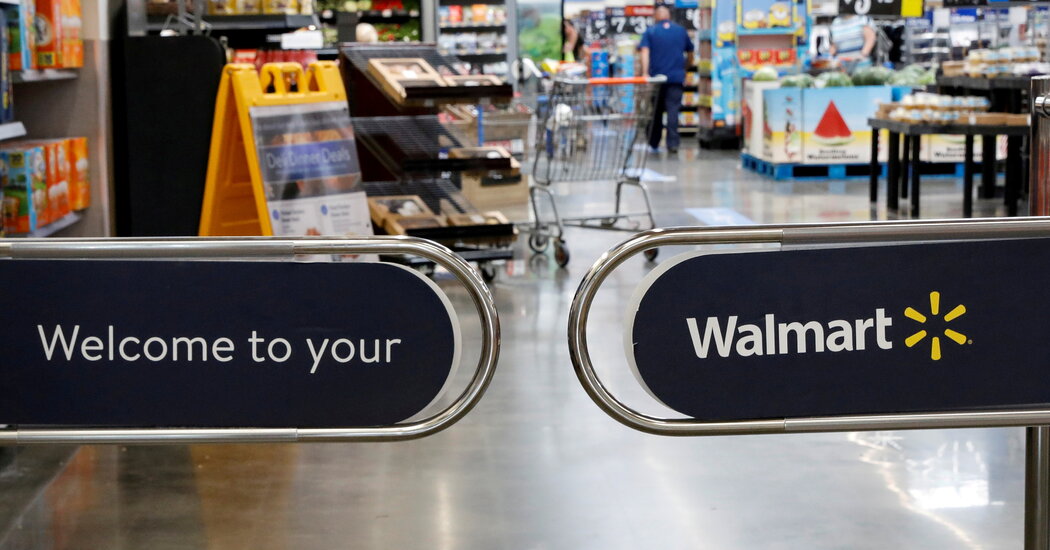 Digital currencies briefly jumped in value after a fake release said the retailer would start accepting the little-used Litecoin.

The news release went out at 9:30 a.m. Monday, just as the U.S. stock market opened. It claimed to be from Walmart and had some big news for the cryptocurrency industry: The nation’s largest retailer would soon begin accepting payment in Litecoin, a digital currency.

The announcement appeared real enough that several media outlets wrote it up. Even the Twitter account for the Litecoin Foundation, which promotes the use of the currency, touted the release in a post. The value of Litecoin jumped more than 30 percent before Walmart put out a statement saying the news was false.

The newest thing in finance had apparently fallen prey to one of the oldest investor hoaxes around — a classic pump-and-dump scheme. Someone issued a false news release, likely taking advantage of the general hoopla around cryptocurrency to stoke enthusiasm for Litecoin, which is far less popular than Bitcoin and other digital currencies. Litecoin’s price jumped to about $230 from around $175 right after the news, then fell back and traded at around $180 after Walmart refuted the release. The perpetrators of the hoax most likely made money in that time.

Securities lawyers said there was little doubt the phony release would lead to an investigation by the Securities and Exchange Commission and possible charges against the fraudsters, whose identity was unknown.

“It is a misrepresentation involving a public issuer,” said Andrew Calamari, a lawyer with Finn Dixon & Herling and a former director of the S.E.C.’s securities and New York office. “There is no question the S.E.C. has jurisdiction.”

The hoax is also likely to lead to a call for greater regulation of the cryptocurrency industry, which accounts for billions of dollars of trading on largely unregulated markets and can be a pit of misinformation where pump-and-dump schemes occur often. Gary Gensler, the S.E.C. chairman, recently called on Congress to grant financial regulators more authority over cryptocurrency products and exchanges.

The fake release was published on GlobeNewswire, a communication services company that provides companies with a platform to disseminate announcements. GlobeNewswire, whose parent company, Intrado, is owned by the big private equity firm Apollo Global Management, competes with PR Newswire and Business Wire.

GlobeNewswire said in a statement that it had acted quickly to withdraw the “illegitimate press release” placed by a “fraudulent user account.” It added that “this has never happened before” and that it had in place “enhanced authentication steps to prevent this isolated incident from occurring in the future.” GlobeNewswire also said it would work with all appropriate authorities to investigate the matter.

Walmart learned of the release only after reporters called it to confirm accounts from some news outlets that had published information based on the release, a company spokesman, Randy Hargrove, said. The retailer later put out a statement saying that the release was incorrect and that it had no partnership with Litecoin.

“We are digging into it further to understand what happened,” Mr. Hargrove said.

While the announcement appeared authentic — even including a statement purportedly from Walmart’s chief executive, Doug McMillon — there were clues it was fake. For one, it listed a contact email address at walmart-corp.com, an unauthorized website. Also, the press contact named in the release does not work in Walmart’s media division. And Walmart normally uses Business Wire for its official announcements, Mr. Hargrove said.

It’s unclear how the fake release made it past GlobeNewswire’s systems. By midmorning, the service had notified users that the announcement should be disregarded. Bloomberg and Reuters, two of the media outlets that had written up the release, retracted and updated their articles.

Such hoaxes do happen every now and then. In 2010, another news wire service published a fake release saying the cereal company General Mills was the subject of a federal investigation, which the company wasn’t. In 2009, federal securities regulators charged a stockbroker with disseminating false releases to manipulate the shares of several public companies. In that case, the S.E.C. filed an enforcement action just three weeks after the scheme began.

The fake Walmart release even led to some confusion at the Litecoin Foundation, which briefly posted it on its Twitter account. The foundation later deleted the message and posted that it had not entered into a partnership with Walmart.

In a statement on Twitter, the foundation said that a quote purporting to be from Litecoin’s creator, Charlie Lee, had been fabricated and that a member of the foundation’s social media team had sent a Twitter message by mistake. “We have taken steps to correct future issues,” the statement said.

Coinbase, one of the cryptocurrency exchanges where investors can buy and sell Litecoin, said in a statement that it worked to actively debunk misinformation, and posted an article refuting the hoax.