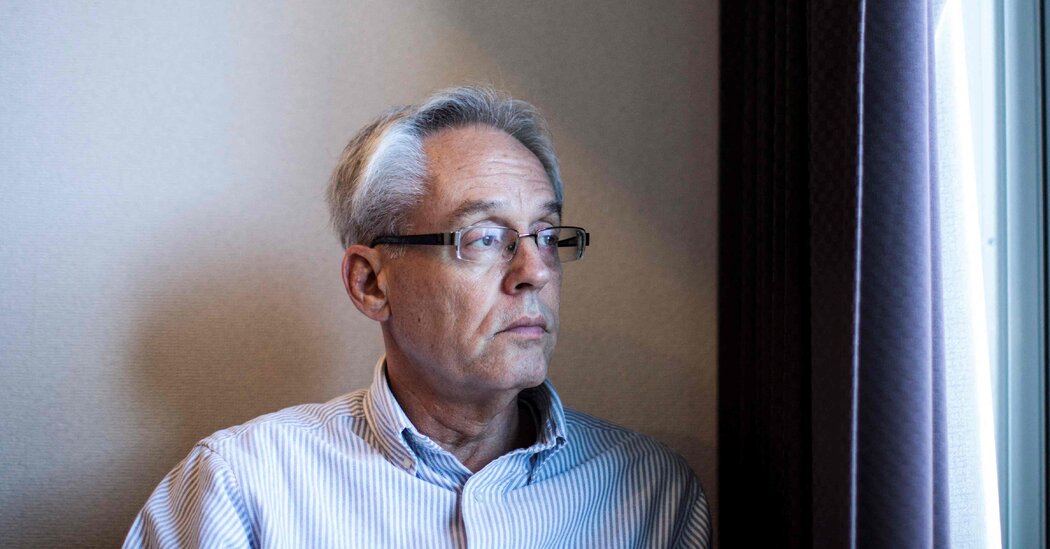 The verdict, effectively a rejection of much of the government’s case, is likely to be the last in Japan’s yearslong legal battle against Mr. Ghosn, the automaker’s former chief.

TOKYO — A little more than two years after the former Nissan chief Carlos Ghosn fled Japan to escape criminal charges, a Japanese court on Thursday convicted his American former deputy of helping him conceal part of his compensation from regulators.

A judge sentenced the deputy, Greg Kelly, to six months in jail for his role in hiding Mr. Ghosn’s pay during one fiscal year but cleared him of involvement in similar efforts during other periods spanning almost a decade. The sentence will be suspended for three years, effectively allowing Mr. Kelly to walk free. Prosecutors had asked for two years.

The verdict — effectively a rejection of much of the government’s case — is likely to be the last in Japan’s yearslong legal battle against Mr. Ghosn, a titanic clash that many critics said illustrated serious flaws in the Japanese legal system.

James Wareham, an American lawyer for Mr. Kelly, called the verdict an attempt by Japan’s government to save face in light of the dearth of evidence against his client.

In December 2019, Mr. Ghosn fled Japan for Lebanon to evade what he called an unjust Japanese legal system, leaving Mr. Kelly behind to face what many saw as a proxy trial of the high-flying former Nissan chief.

Mr. Ghosn had long claimed that his arrest was part of a coup by Nissan executives and the highest levels of Japan’s government aimed at stopping the automaker from merging with its French partner, Renault.

After Mr. Ghosn’s escape, Japanese prosecutors were under intense pressure to win a guilty verdict against Mr. Kelly and vindicate their decision to make the arrests in one of the highest-profile white-collar criminal cases in Japanese history.

The decision to detain Mr. Ghosn and Mr. Kelly in late 2018 came under heavy criticism both at home and abroad, with critics deploring Japan’s reliance on so-called hostage justice, in which prosecutors attempt to extract confessions from detainees by holding them for long periods in inhospitable conditions without bail.

The case sent shock waves through the international business community, tarnishing Japan’s reputation among foreign executives. It also had serious consequences for Nissan, one of Japan’s largest automakers, which has struggled to recover from the reputational damage and chaos among its executive ranks created by the sudden arrest of its former leader.

Prosecutors accused Mr. Kelly of helping to hide agreements that would effectively increase Mr. Ghosn’s already substantial compensation without sharing that information with shareholders or regulators.

In his defense, Mr. Kelly’s lawyers argued that the agreements were never finalized, and that, because Mr. Ghosn never received the compensation under discussion, there was no obligation to report it.

Separate from Mr. Kelly, Mr. Ghosn had faced three additional charges, including one accusation that he misappropriated corporate funds. He denies any wrongdoing.

He fled Japan in 2019 by sneaking onto a private plane in a box and then flying first to Turkey and then to Lebanon. That country does not have an extradition treaty with Japan, meaning that, as long as he stays there, he is effectively beyond the reach of Japanese law.

Two American men who assisted in his escape were subsequently arrested in the United States and extradited to Japan, where they received jail sentences for their roles in the caper.

Mr. Ghosn said that he had fled Japan after he became convinced that the country would not give him a fair trial. He has spent his time since his escape waging a campaign to rehabilitate his shattered image and drawing attention to the flaws of Japan’s justice system.

While Mr. Kelly’s verdict spells the likely end of Japan’s criminal case against Mr. Ghosn, multiple civil cases stemming from the arrest will probably continue on for years.

Comment on 16 Business Ideas for Musicians by Manish Gulati

For musicians looking for opportunities within the industry, there are a lot of small business ideas that are worth pursuing. In addition, there are...
Read more