New Yorkers With Marijuana Convictions Will Get First Retail Licenses 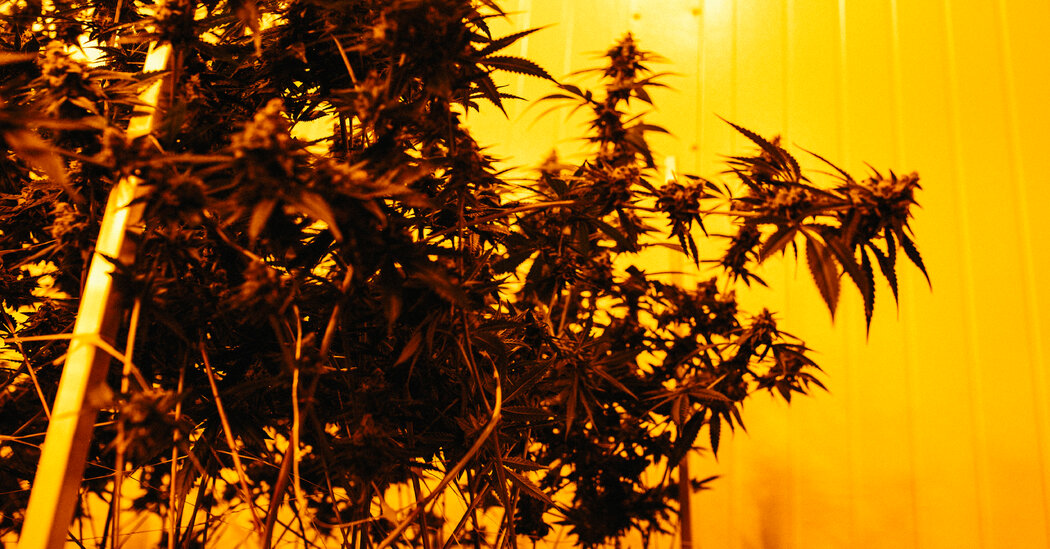 Officials intend to reserve the first 100 or more retail licenses to sell marijuana in New York for people who have been convicted of related offenses, or their relatives.

ALBANY, N.Y. — New York State will soon announce plans to usher in its first outlets for retail sales of marijuana by the end of the year, giving applicants access to stockpiles of the drug grown by local farmers and offering sweeteners like new storefronts leased by the state.

The only catch? To be one of the state’s first licensed retailers, you or a member of your family must have been convicted of a marijuana-related offense.

The policy, to be announced by Gov. Kathy Hochul on Thursday, is part of a concerted push to assure that early business owners in the state’s projected billion-dollar marijuana industry will be members of communities that have been affected by the nation’s decades-long war on drugs.

In favoring those with marijuana-convictions and prepping their businesses for turnkey sales, New York appears to be trying to avoid pitfalls encountered in some other states, which have seen designated “social equity” applicants and other mom-and-pop marijuana businesses struggle with issues like lack of capital or competition from deep-pocketed corporate operations.

Chris Alexander, the executive director of the state’s Office of Cannabis Management, said that by focusing early on “those who otherwise would have been left behind,” New York was in a “position to do something that has not been done before.”

To that end, Ms. Hochul has proposed — and the Legislature seems likely to pass — $200 million in this year’s budget to support the fledging businesses, money that would be spent on finding, securing and renovating storefronts for retailers. That need for state assistance is particularly acute in New York City, where real estate prices have rebounded as the worst of the Covid pandemic has receded.

Under the law passed last March that permitted the possession and recreational use of marijuana in limited amounts for adults, half of all marijuana-related licenses — including those for growers and other parts of the supply chain — are earmarked for women, minorities, distressed farmers, veterans and “individuals who have lived in communities disproportionally impacted” by the drug war.

In New York, Black and Latino residents have been far more likely to be arrested on marijuana charges than white, non-Hispanic people.

Mr. Alexander said he expected between 100 and 200 licenses to go to people who were convicted of a marijuana-related offense before the drug was legalized, or those who have “a parent, guardian, child, spouse, or dependent” with a marijuana conviction.

Mr. Alexander also said his office would evaluate applicants on their business plans and experience in retail.The proposed regulations were published on Wednesday afternoon on the cannabis management office’s website; the state’s Cannabis Control Board is expected to meet on Thursday and approve them.

The resulting dispensaries will be the first to open in the state by the end of the year, Mr. Alexander said, though some others may open shortly after, perhaps in early 2023. The state has not set a limit on the number of retail licenses it plans to issue; state officials said it will depend on market demand.

The first wave of applicants will include people like Baron Fajardo, a Harlem resident who plans to apply for a retail license. He was 16 when the police found him smoking marijuana in his hallway and arrested him. A half dozen other pot arrests followed as he moved from smoker to dealer.

He said it was a blessing that New York was planning to give people like him the chance to build on their experiences in a legal way that would allow them to provide for their families and start to build generational wealth.

“As a person you feel down, a little bit defeated, like ‘Oh, I got a stain on my name,’” said Mr. Fajardo, now 34. “Now, that stain is actually the same thing that can help you.”

Mr. Alexander said that he thought giving so-called “equity entrepreneurs” a chance to woo customers before more established cannabis companies — including those currently running medical marijuana facilities — begin to compete with them would help them succeed.

“I could press the green button right now and have 40 dispensaries online,” said Mr. Alexander, speaking of the state’s extant medical dispensaries. “But instead we’ve decided that the folks who have been most impacted actually have the space and the real runway to participate in a meaningful way.”

The state also hopes that some in the existing illegal marijuana market — sometimes known as “legacy” candidates — may be persuaded to apply for licenses instead because some could be considered equity applicants.

The early reviews of the plan seemed positive, particularly among those who have been dismayed by the state’s relatively languorous approach to both legalizing the drug and setting up a retail industry.

Kassandra Frederique, the executive director of the Drug Policy Alliance, a national group that lobbies for more liberal drug laws, said that New York seemed to be learning lessons from other states where promises of social equity are “not always panning out in the ways people wanted.”

“I think they’re trying to solve for the hard things first, and I think that’s admirable,” she said, noting new businesses’ need for capital. “If you were the first to get to hurt, you should be the first to benefit.”

State Senator Liz Krueger, a Democrat from the Upper East Side, said that she expected the $200 million to be included in the budget, due in April.

“We want them to be successful, which means we need to help some of them,” she said, adding that signing of leases could be a tricky proposition for dealers who “were selling illegally behind a building until recently.”

“They might not have all that bank account and paperwork and lawyers that a real estate person would want to deal with,” Ms. Krueger said.

Preparation for New York ’s plunge into recreational marijuana will begin next week, as the state plans to open its application process for cultivators, who will grow the drug at farms around the state and provide their products to the new retailers, guaranteeing that farmers will have buyers as the market opens.

While recreational marijuana was legalized in New York last year, in a move that included the expungement of many previous convictions, the rollout of retail sales has been slow — allowing some entrepreneurs on tribal lands near the Canadian border to set up unlicensed dispensaries. Neighboring states like Massachusetts, which began selling marijuana in 2018, began drawing eager customers from New York in the meantime.

In addition to the conviction-based criteria, Mr. Alexander said his office would weigh applicants’ likelihood of running successful businesses — a reminder that the state has both ideological and revenue goals to meet. Forty percent of tax revenue from the new dispensaries is earmarked for communities affected by drugs.

Still, he was confident that there were plenty of eligible applicants in New York, noting that heavy policing of marijuana had ensnared hundreds of thousands of residents.

“We’re confident that those people exist,” Mr. Alexander said. “We know that a lot of folks have gone on to do great things,” despite past drug charges.

Other states have tried to emphasize equity in their markets. But in California, for example, such efforts have been complicated by strict regulation, high taxes and substantial barriers to entry that have left the state struggling, years later, to quell a thriving black market of untested, untaxed weed.

And in New Jersey, social equity candidates who hope to take advantage of a law similar to New York’s have struggled to find capital and secure leases — part of the impetus behind New York’s $200 million expenditure.

Mr. Alexander dismissed possible criticism over the decision to favor those with prior criminal records, saying that the Legislature had made clear its intentions in passing the law last year, and noting that the state regularly funds economic development in a range of industries.

Crystal Peoples-Stokes, the majority leader of the New York State Assembly, said that the move to prioritize those with marijuana convictions was crucial in ensuring that the industry wasn’t dominated by out-of-state conglomerates.

“We’re trying to do what no other state has done, and that’s focus on their people,” said Ms. Peoples-Stokes, an architect of the law. “It’s critical because it’s a huge industry that’s going to grow our economy a lot, and I think it makes sense to let that growth begin with New Yorkers.”

Even people without marijuana-related convictions seem to support the state’s plan. Lulu Tsui plans to apply for a license to open a dispensary in Brooklyn. Ms. Tsui expects to qualify as a social equity candidate because she is a woman and she is Chinese American, though she will come behind those with such convictions.

But that’s how it should be, she said.

“They should be given reparations,” she said. “Their blood, sweat, sacrifice, time precedes anybody else.”