New Accord to Protect Garment Workers in Bangladesh Is Unveiled 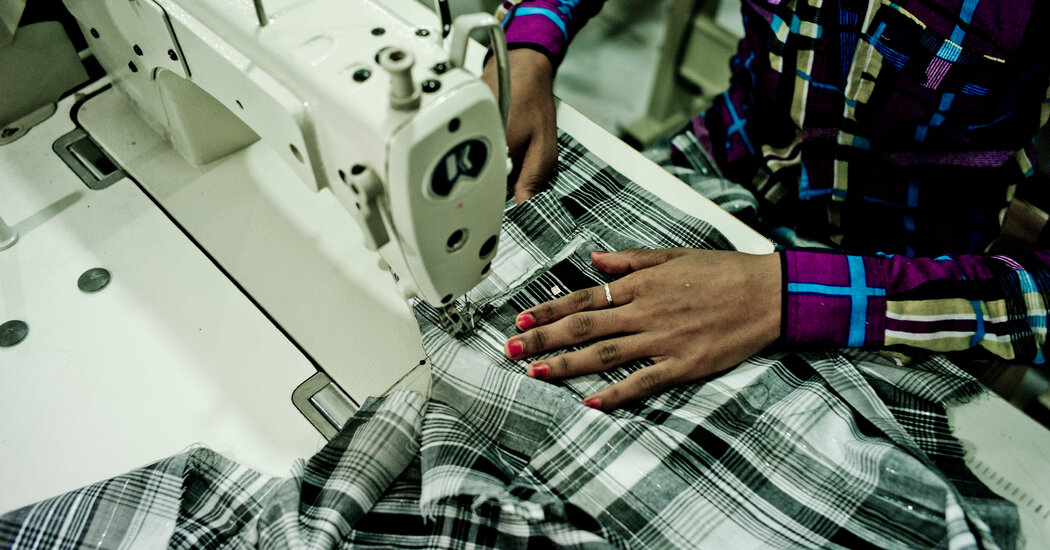 A new agreement intended to protect workers in the Bangladeshi garment industry was unveiled on Wednesday, after months of deadlock between international fashion retailers and trade unions and local factory owners.

The new agreement, the International Accord for Health and Safety in the Textile and Garment Industry, will take effect next Wednesday. It will replace the landmark Accord on Fire and Building Safety, forged in 2013 in the wake of the Rana Plaza factory collapse, which killed 1,100 garment workers.

In the original agreement, almost 200 international brands — including H&M, PVH and Primark — agreed for the first time to legally binding safety commitments, independent inspections at the factories, and contributions for safety training and factory improvements.

As that accord neared expiration, and the Bangladeshi fashion sector continued to grapple with the fallout of the pandemic, there was widespread wrangling over what might come next.

The new agreement contains many of the hallmarks of the original, including the ability to subject retailers to legal action if their factories fail to meet labor safety standards; shared responsibility for governance between suppliers and brands; safety committee training and monitoring overseen by the Bangladeshi-based RMG Sustainability Council; and an independent complaints mechanism.

Brands also committed to expanding the new accord to at least one other country beyond Bangladesh. The agreement is valid for 26 months.

“We are extremely encouraged by this new agreement, which preserves key obligations from the original accord and which will hopefully ensure credibility and accountability at a critical time for the Bangladeshi garment industry,” said Christy Hoffman, general secretary of UNI Global union, a Swiss-based federation of unions across 150 countries and a signatory of the agreements.

The Swedish retailer H&M was the first brand to confirm that it had signed the new agreement, followed by Inditex, with more expected to follow suit in the coming days. But American retailers such as Walmart and Target were not expected to participate. The two, along with other American firms including Gap, signed the Alliance for Bangladesh Worker Safety in 2013, which was less constraining and not legally binding for retailers. It expired in 2018.

Bangladesh had been the world’s second-largest garment exporter since 2010 after China, according to World Trade Organization, but last month lost that ranking to Vietnam amid pandemic lockdowns and rising coronavirus cases. The garment industry has become the foundation of the economy for the country of 166 million people.

WARNING: This story deals with sensitive subject matter and may be upsetting to some readers. Discretion is advised.  A North Okanagan mother is speaking out...
Read more