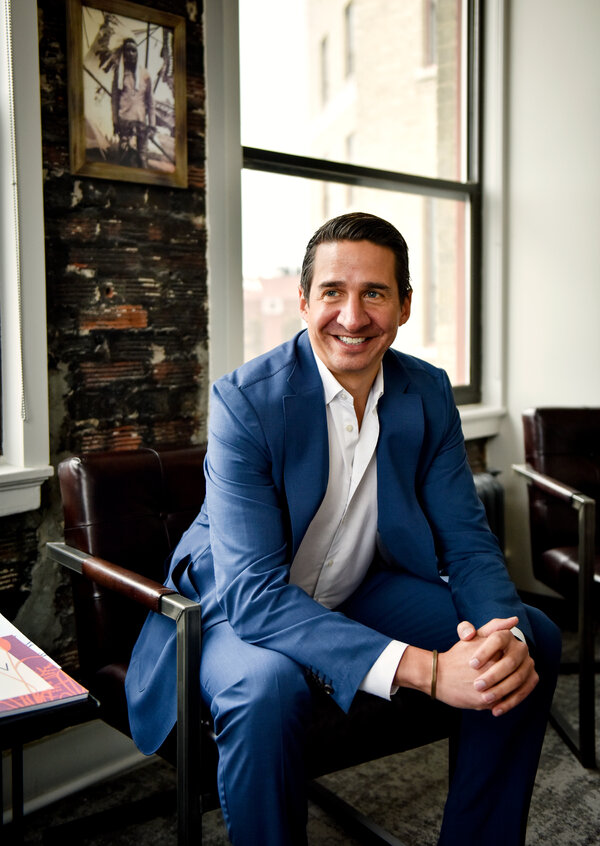 Despite high barriers to entry, tribal leaders are finding more investment opportunities to expand beyond casino revenue and to help their communities.

Native Americans have been systematically dispossessed of their ancestral lands for more than a century, thanks to federal land-management policies. But a spate of new real estate projects highlights efforts to reclaim that territory, as tribes invest in land development in an effort to diversify their revenue base and support their members.

In Canada, for example, the Squamish Nation is behind the largest Indigenous development in North America, a mixed-use neighborhood near downtown Vancouver, British Columbia, that is projected to cost $2.67 billion Canadian dollars. In March, the Navajo Nation bought an office building in Washington, making it one of the few tribes to own property in the nation’s capital.

And in Michigan, the investment arms of two tribes, the Gun Lake and the Nottawaseppi Huron Band of the Potawatomi, recently bought McKay Tower, a commercial and residential property in downtown Grand Rapids on ancestral land.

“McKay Tower is a focal point of the skyline in Grand Rapids,” said Kurtis Trevan, chief executive of Gun Lake Investments, the business arm of the Gun Lake tribe. “It was our way to help plant a flag on lands that used to be tribally owned.”

There is no readily available data documenting how many of the 574 federally recognized tribes in the United States have invested in commercial property other than casinos, which in 2019 brought in $34.6 billion, according to the National Indian Gaming Commission. Anecdotally, only a comparatively small number have pursued other real estate developments or investments, experts in tribal economic development said.

In 1988 the Indian Gaming Act established a regulatory framework for gambling on tribal lands, and opened up new opportunities. In recent years, a variety of circumstances have aligned to open even more doors — on and off the reservation.

“Gaming has provided a lot of meaningful revenue for almost 35 years now, and that has enabled many tribal members to pursue professional degrees and careers,” said Frances R. Sjoberg, a lawyer who focuses on economic development for Native Americans. “Now those members are in leadership roles, shaping the next generation of economic development and land development.”

Other factors driving the shift include a more favorable political climate and tribes’ growing urgency to leverage the wealth and clout of property ownership to help solve social and economic problems facing their communities.

For example, more than 30 percent of Navajo Nation members do not have running water or electricity, and 70 percent do not have broadband access, said Santee Lewis, executive director of the tribe’s Washington office. It is housed in a $4.9 million, two-story building the tribe acquired to help it advocate more effectively on behalf of its members.

“This acquisition represents our independence,” she said. “We are a tribal nation willing to work with U.S. government.”

The property has enough space to host dignitaries and a carriage house that will generate revenue for the tribe, Ms. Lewis said.

A similar sensibility drives the Squamish Nation development in Vancouver, where decades of court battles have led the Canadian government to give or sell back land formerly held by Native tribes, known as First Nations in Canada.

Set for groundbreaking this year, the four-million-square-foot village called Senakw will be constructed “on land that was illegally confiscated from my ancestors,” said Khelsilem, a spokesman and councilor for the Squamish, which in 2003 reacquired 10.48 acres of its ancestral lands in the area.

The Squamish Nation has worked with a local developer to design and secure financing for the project, which will include 12 office and residential towers with 6,000 market-rate apartments, as well as retail space.

“The goal is to create value that is going to benefit our people,” Khelsilem said. The Squamish aim to be “long-term leaders in the region,” he said, using knowledge acquired on the Senakw project “to develop the expertise and capacity to do projects at this scale elsewhere.”

Separately, MST Development, a partnership among three First Nations formed in 2016, has acquired five parcels of land in the Vancouver area totaling around 19 million square feet, said David Negrin, MST’s chief executive and a former president of the region’s Urban Development Institute. The Nations, he said, are poised to become “the largest developers in British Columbia if not Canada.”

In the United States, government policies have divided tribal lands, Ms. Sjoberg said, adding, “It’s very difficult for tribes to develop a general plan when lands are not consolidated or assembled into parcels.”

The appointment of Deb Haaland, secretary of the Department of Interior and the first Native American cabinet secretary, is a reason for hope in the tribal community, Ms. Sjoberg said. “There is cautious optimism and a sense of opportunity in developing its land for community and economic development purposes,” she said.

Ms. Haaland has delegated Bureau of Indian Affairs regional offices to help fast-track decisions for tribes that have submitted applications to reacquire lands in or near their reservations, she said.

The Bureau of Indian Affairs did not respond to requests for comment.

Other political and economic shifts are creating more favorable conditions for development.

The pandemic underscored the importance of diversifying tribal economies beyond casinos and hospitality, said Deidra Mitchell, chief executive of the Waséyabek Development Company, the investment arm of the Nottawaseppi Huron Band of the Potawatomi and one of the investors in McKay Tower.

“Real estate is a very stable investment,” Ms. Mitchell said. “Land historically is important to tribes, so there is a cultural piece of it as well.”

After an internal change putting a priority on homeownership for members, the Pascua Yaqui tribe near Tucson, Ariz., recently broke ground on its first mixed-use development: a subdivision featuring 50 rent-to-own single-family homes, townhomes, and office and retail space.

The $20 million first phase of the project was awarded $1.8 million in low-income-housing tax credits and brought in $15.9 million in investments from the project’s partner, Raymond James.

“We had financial opportunity and a unique willingness at the political level to get things done,” said Keith Gregory, the tribe’s housing director. About 1,000 tribal members are on the waiting list for affordable housing, he said.

Historically, most tribes were pushed to the least desirable areas of the country, one of the biggest obstacles to Native real estate development, said Mr. Trevan of Gun Lake Investments. Real estate deals also require access to financing and business divisions that can operate independently — and more quickly — than tribal government. He estimates that only 12 tribes have the governance structures in place to “optimize” economic development outside of gambling.

Ten miles from Scottsdale, Ariz., the Salt River Pima-Maricopa Indian Community is one of the tribal communities that have built sizable real estate portfolios over the past few decades. (Other examples include the Tulalip near Seattle, the Winnebago of Nebraska and the Southern Ute in Colorado.)

Through third-party developers and its own development arm, Salt River has built a shopping and entertainment complex, an automotive retail center, and a training facility for the Arizona and Colorado Major League Baseball teams, along with corporate office and mixed-use projects.

Set to open in the next two years are a $54 million sports medicine clinic, a 120-bed behavioral health center and a 101,900-square-foot headquarters for Nextiva, one of the nation’s largest business communications companies.

Quannah Dallas, Salt River’s economic development director, credited the community’s success to its “ideal location,” along with investments in physical infrastructure and a database that streamlines complicated land tenure issues.

Ms. Dallas works with other tribes on business issues, reflecting broad agreement that intertribal collaboration is another component to unlocking Native development.

Partnerships give tribes more leverage, Ms. Mitchell said, and they send a broader message to the community about the value of Indigenous projects.

“We want to stay in the communities where we operate,” she said. “We are long-term investors.”