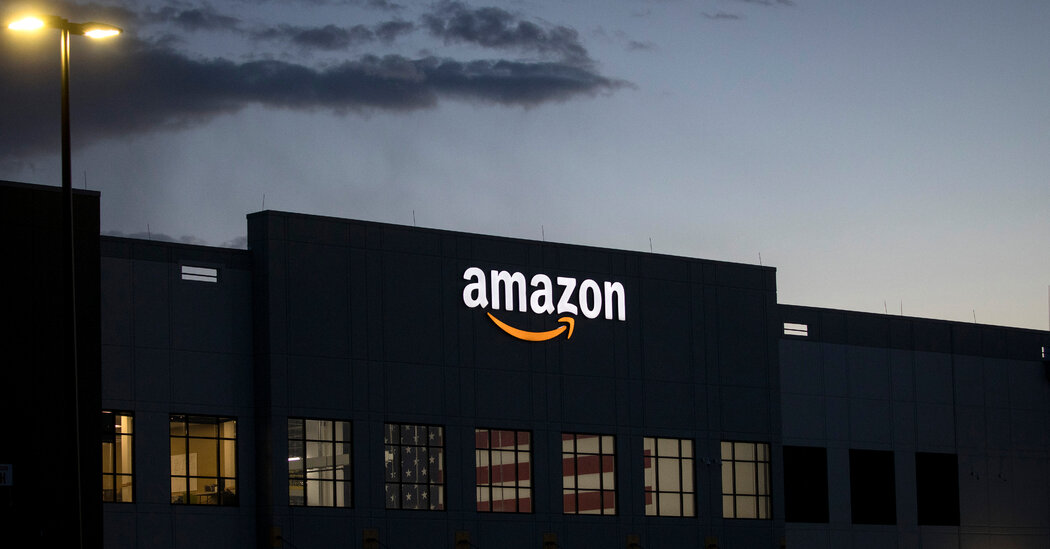 The National Labor Relations Board sued Amazon in federal court on Thursday, asking a judge to force the company to swiftly rectify what it called “flagrant unfair labor practices” before workers at one of its Staten Island warehouses begin voting in a union election next week.

The case, filed in the Eastern District of New York, involves a former Amazon employee, Gerald Bryson, whom Amazon fired early in the pandemic after he was involved a protest over safety concerns at the warehouse, known as JFK8. The company said Mr. Bryson had violated its policy against vulgar and harassing language during a confrontation with another worker in the protest, but the labor agency’s staff determined that his firing was illegal retaliation for Mr. Bryson’s workplace organizing.

The case has stretched on for almost two years in the agency’s administrative court, with long fights over issues such as what evidence is admissible. Though an administrative law judge has not yet ruled in the case, the labor agency argued that a federal judge should force Amazon to make changes immediately, given the union election and Mr. Bryson’s involvement with the organizing. Voting it set to start next Friday.

If immediate injunctive relief is not provided, the board argued in its complaint, Amazon’s employees “will inevitably conclude that the board cannot effectively protect their rights” under federal labor law.

The agency said the judge should require Amazon to give Mr. Bryson his job back, post notices at the facility and read the court order at mandatory employee meetings.

Amazon did not have an immediate comment on the new lawsuit, though it has repeatedly said that Mr. Bryson’s firing was not retaliatory and that it supports the rights of workers to speak out about workplace conditions.

In filings before the administrative law judge, the labor agency argued that Amazon had disparately applied its policies against Mr. Bryson in retaliation for his protests.

Amazon had said Mr. Bryson was the aggressor in the altercation at the protest. In late 2020, a spokeswoman said, “We believe the facts of this case are clear: Mr. Bryson was witnessed by other employees bullying and intimidating a female associate in a racially and sexually charged way — a clear violation of our standards of conduct and harassment policy.”

Amazon said in its filings that it had conducted a thorough investigation in good faith before firing Mr. Bryson.

The recent filings revealed that a recording captured most of the altercation between Mr. Bryson, who is Black, and the female employee, who is white. Both used crude language in the recording, though the detailed account the agency provided showed that the woman had initiated many of the comments and tried multiple times to persuade Mr. Bryson to fight her, which he did not do.

Mr. Bryson was fired, but the woman received a “first warning.”

One Montreal man who’s marking is marking his 100th birthday says the milestone is special, not just because he survived the Holocaust, but because...
Read more

The threat of force from China has not decreased but Taiwan will not escalate conflict or provoke disputes, President Tsai Ing-wen said on Thursday,...
Read more